I didn’t really know what exactly to expect from such an ancient site in Southern Anatolia. Surely there couldn’t be much left from a Neolithic village dating back 9000 years? However, I was surprised to discover how intact and compact this settlement was, now being a UNESCO World Heritage site. Today Catalhöyük is regarded as one of the most important sites in terms of learning about prehistoric human life. 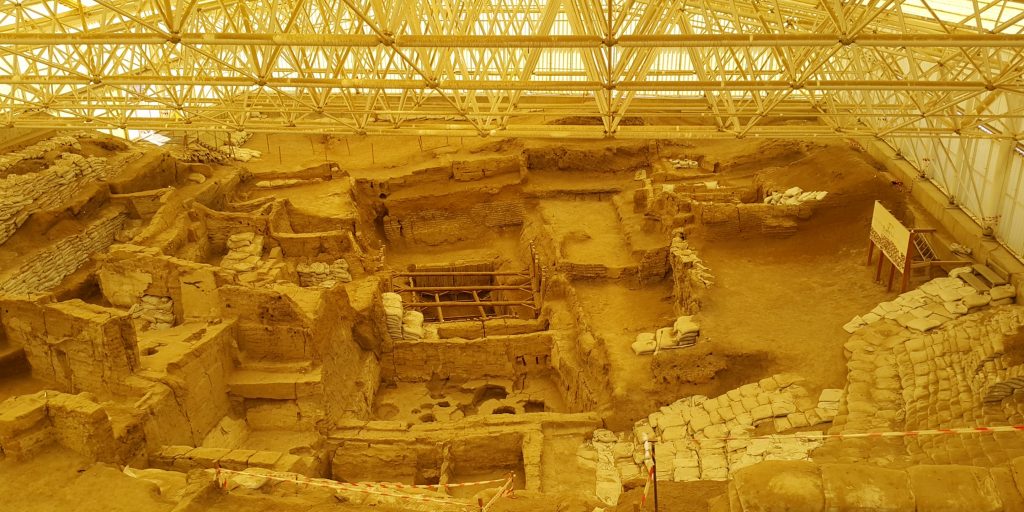 When walking towards the site all I saw were gently undulating grassy landscapes and some trees and bushes clustered in one area. Getting closer though, we entered a covered site where archaeologists have been digging up the dwellings of Neolithic humans, no less than 18 layers of the houses built on top of each other over the times. The excavations started more than 50 years ago and are still ongoing as more and more evidence of how this ancient society lived is being unearthed. Nowadays it is a hot dry area but back in the ancient times, it was a rainy wetland. 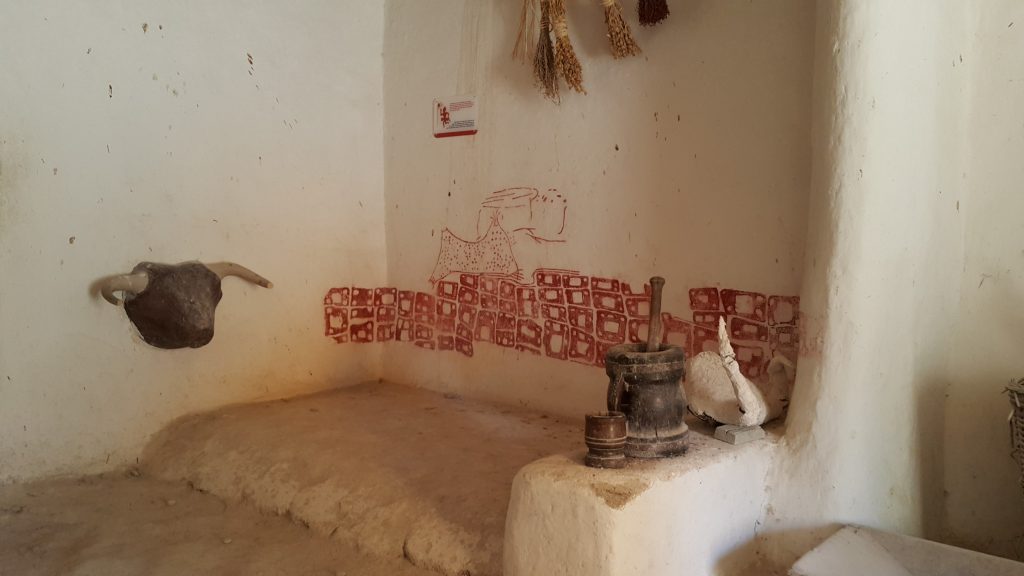 What is very interesting about the architecture is that the houses were built side by side next to each other with no gaps or streets in-between them. So the rooftops effectively became the places of ‘street life’ and socialising as the only places to enter the houses were via trapdoors on the roofs. The houses were roughly square, the ladder from the roof door going down to the main room. Underneath the ladder was the cooking area so that the smoke could escape the house via the door hole. Along the walls of the rooms were raised platforms, most likely used for sleeping. Interestingly, people buried their family members underneath those platforms. 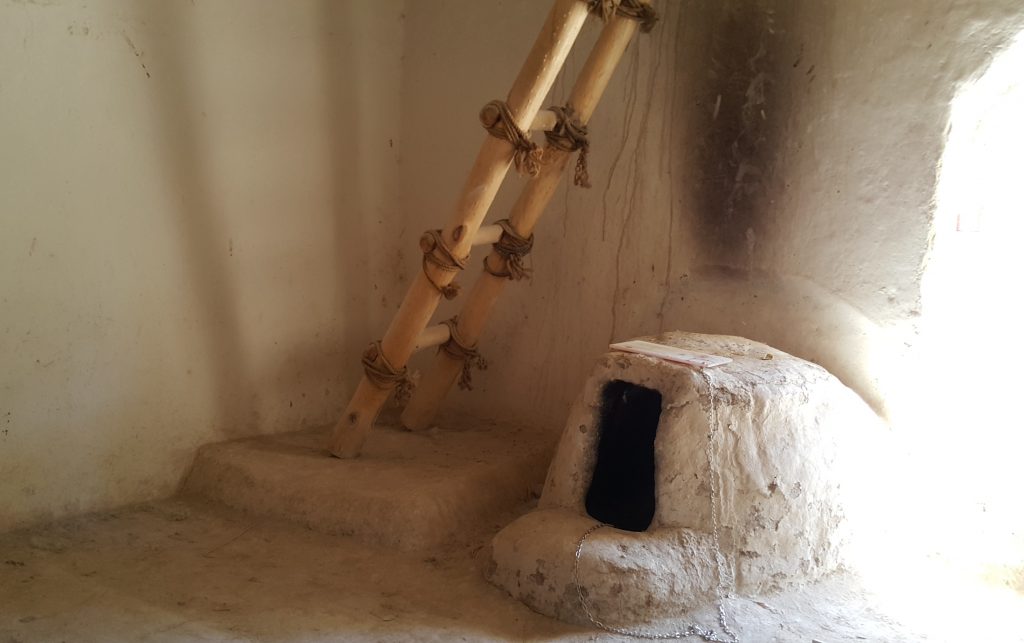 What the diggings have revealed, is that in this society equality was the norm. Equality between men and women in terms of their social status, equality in sharing the food, tools and various other resources between the village members was common. Although they had started to grow crops such as barley and wheat, and rear cattle, hunting was still a major part of the lifestyle. Big Wild bull horns were often mounted on the walls, and leopards and bears seem to have been revered. Many female, male, and animal figures have been discovered, further suggesting that it was neither matriarchal nor patriarchal, but equal society between men and women. The mudbrick houses were simply furnished and decorated with geometrical patterns typically painted on the walls. The settlement was in use for around 2000 years, with probably up to 10 000 inhabitants at one time, so it is a large and well-preserved site for that era. 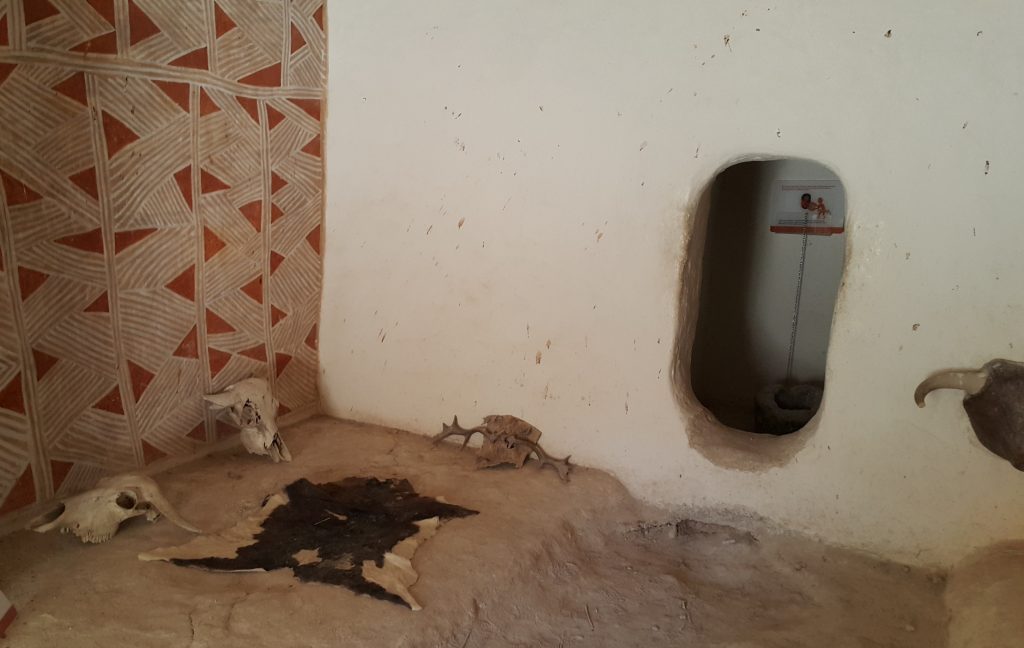 Geometric patterns decorating the wall, and the small opening to the storage room

Although Turkey is well-known for its ancient Greek and Roman sites, there is so much more history to be seen and discovered here, and Catalhöyük is definitely among the most unique and fascinating ones I have seen so far. 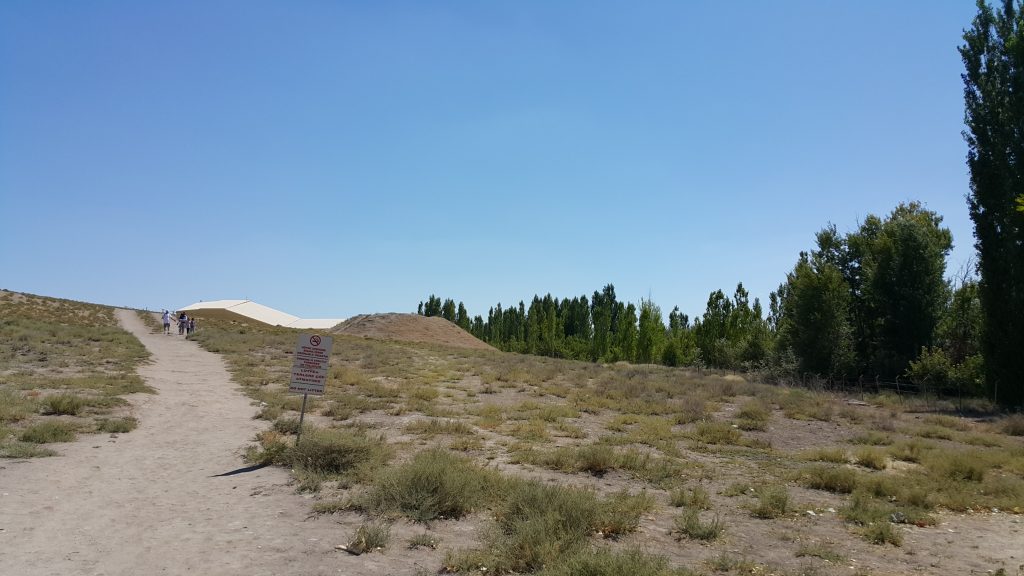