Hattusha – the capital of Hittites

Deep in the northern part of central Anatolia lies the land where the ancient Hattusha – the capital of Hittite empire – has its remains. I have visited this mysterious place both in winter and in summer. My first visit to this fascinating civilization from 1700 to 1200 BC was in winter and the whole site was almost entirely all for us – silent, deserted, with virgin layer of white snow covering the rocks and the ruins of the city… The open landscapes were offering vistas far beyond the city limits which in itself was not a compact area – one had to drive a car from one area of the city to the next. 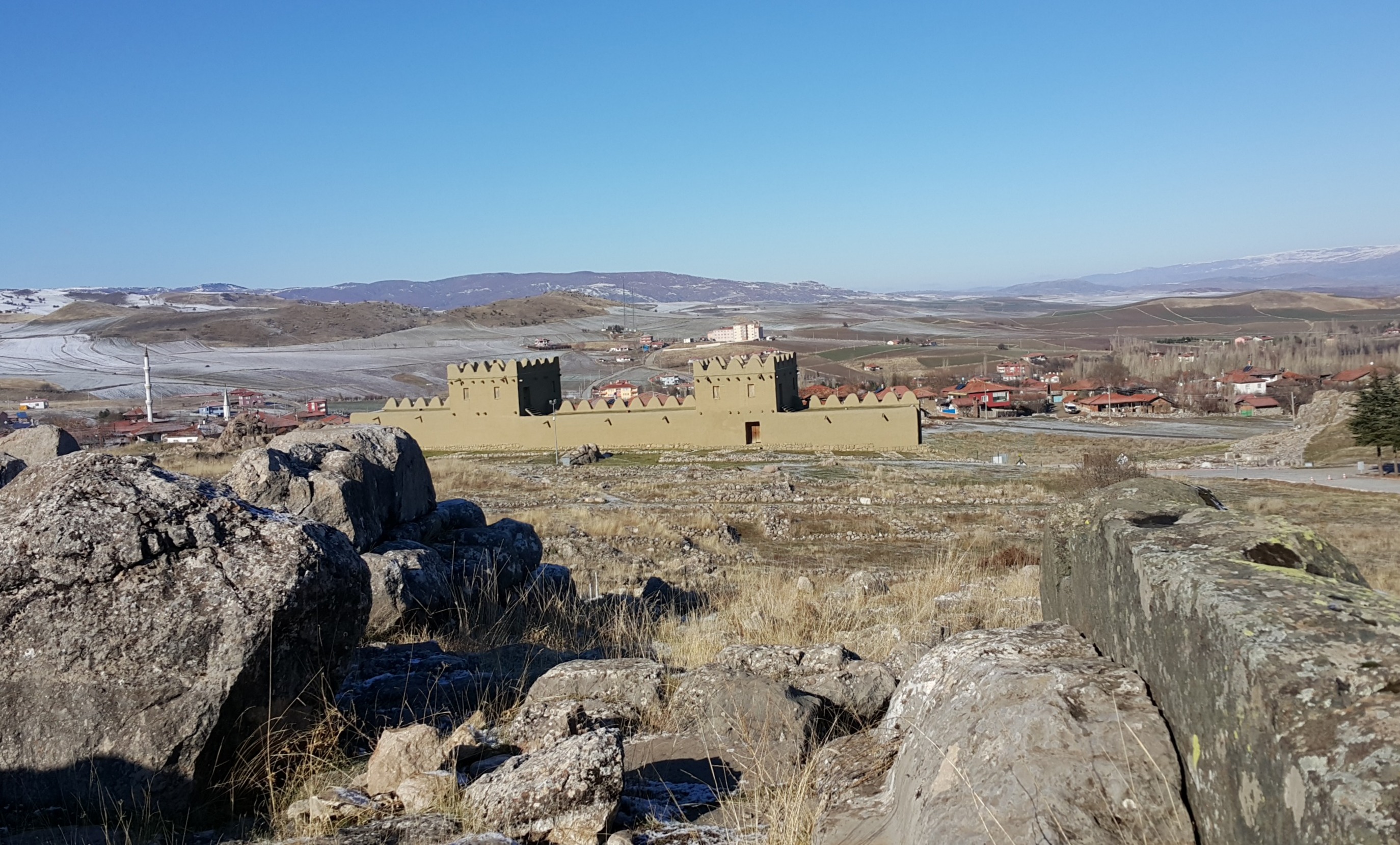 View over the Hattusha and its replica wall with watchtowers

So we started driving along the hilly winding road, stopping now and again to walk among the ruins signifying different eras and purposes of the city districts. There is little evidence of how ordinary people lived since their houses were made of timber and mud bricks but the remains of magnificent stone temples and palaces and gates and walls and other structures stand proud to this day.

Our first stop was at the Great Temple. The different rooms are still very well visible with their walls and doorways. In the middle of one of the big rooms is a great green and smooth cube-shaped stone. According to the local legend it was sent to Hattusha by an Egyptian queen for human sacrifices. However, there is no proof that humans were ever sacrificed in Anatolia. Besides, such green stones can be found in the local area. While we were walking around, a man from the nearby village appeared with some hand-made souvenirs to sell, made of the very similar green stone. If you wish to buy something, you can bargain.

Just above the Great Temple, at the edge of the rocks, we found the stones with carved holes, possibly to fasten the poles with ropes of the draw bridge to cross the canyon, but they are not easily noticeable. One has to really look for them among the bushes. It is hard to believe that they haven’t been in use for over 3000 years… 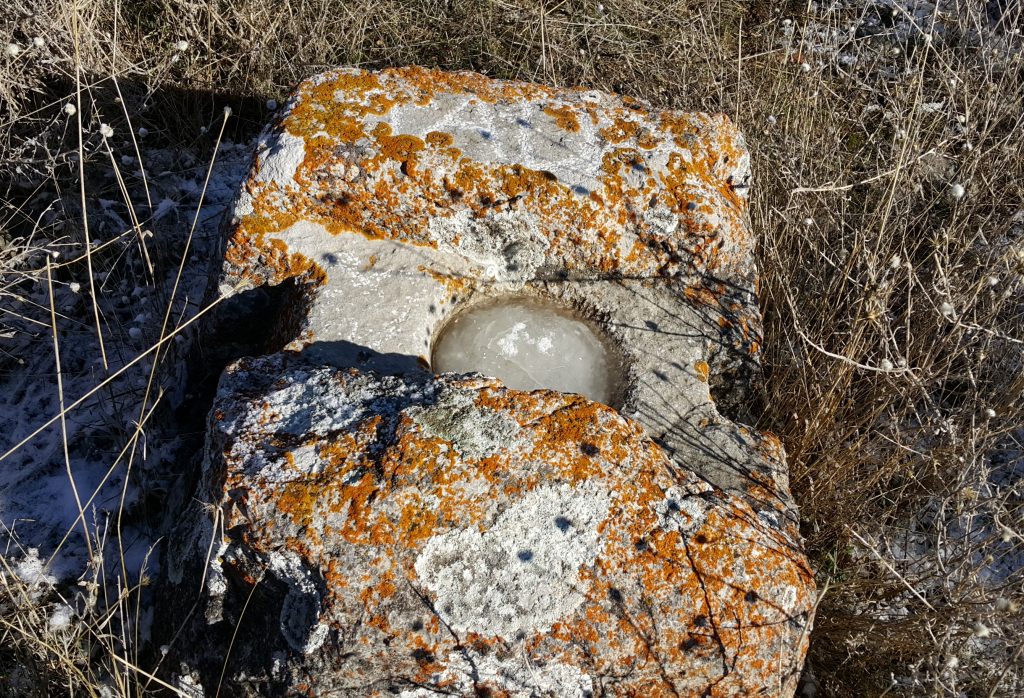 Possible hole to fasten the poles for the drawbridge in Hattusha 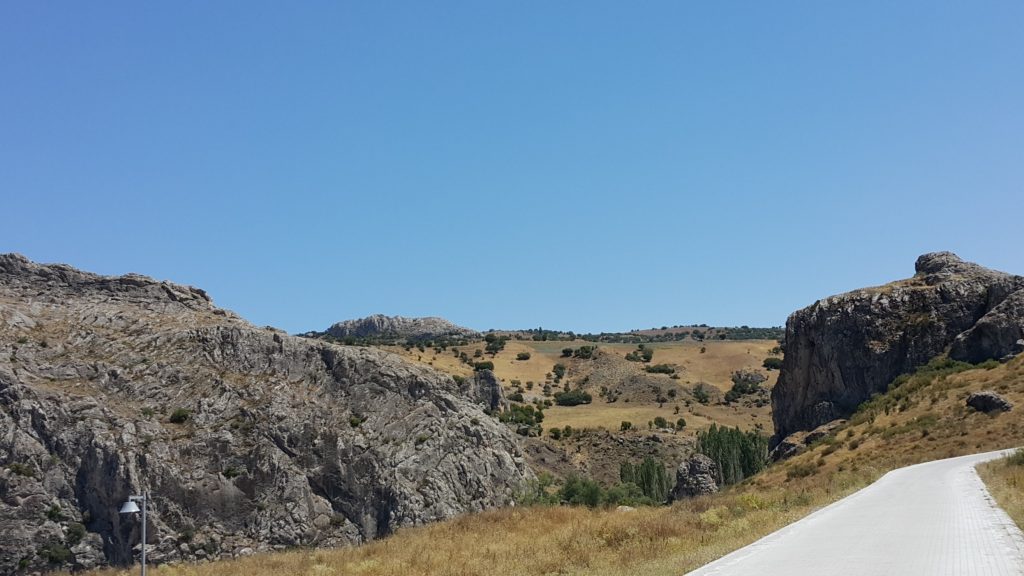 Canyon which could be crossed via a drawbridge in Hattusha

After a while we continued our drive up the hill and stopped at the Lions’ Gate in the south-western side of the city and admired the majestic statues of mighty roaring lions. 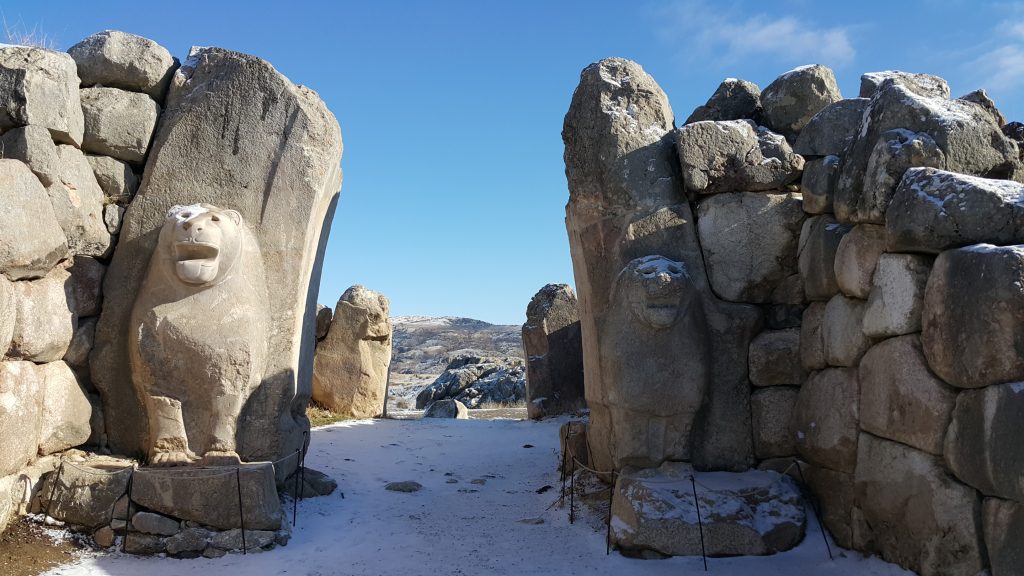 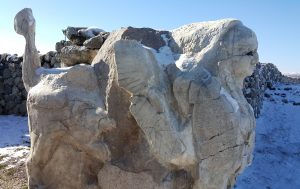 Further up the road, in the south, the stone steps lead up onto the top of the bastion where the Sphinx Gate sits. We walked through the stone tunnel underneath taking us to the outer side of the gates, overlooking the fields and forests beyond. At the other side of the tunnel you can turn left and follow the footpath along the city wall which takes you to the great staircase around the corner. By walking up these steps you will reach the Sphinx Gate. The sphinxes mystical expressions are impressive and their statues well-preserved. These hybrid creatures were even more powerful than lions. They had heads of humans, bodies lions, and tails of snakes. They had wings and they could fly. 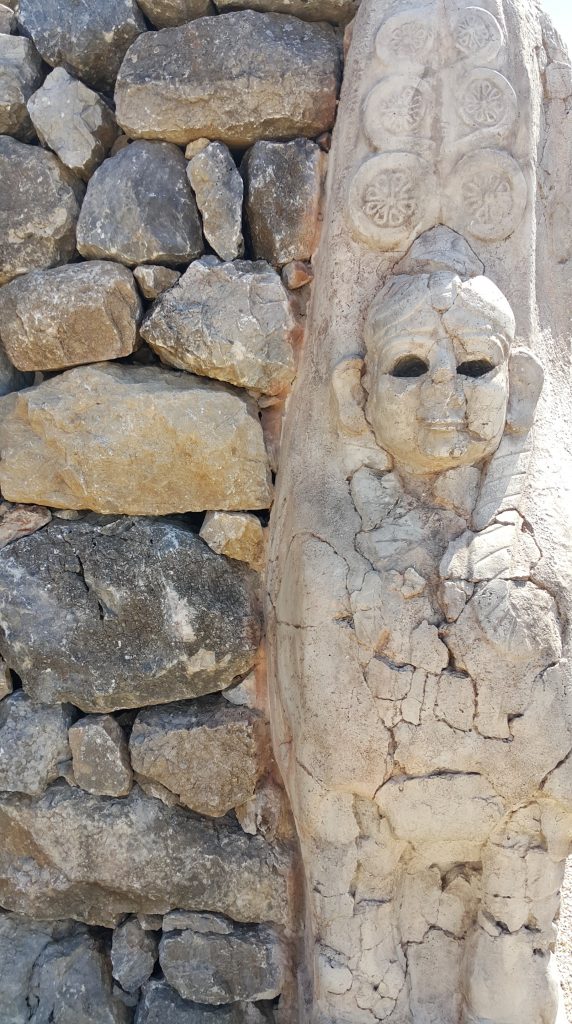 Part of the Sphinxes Gate in Hattusha 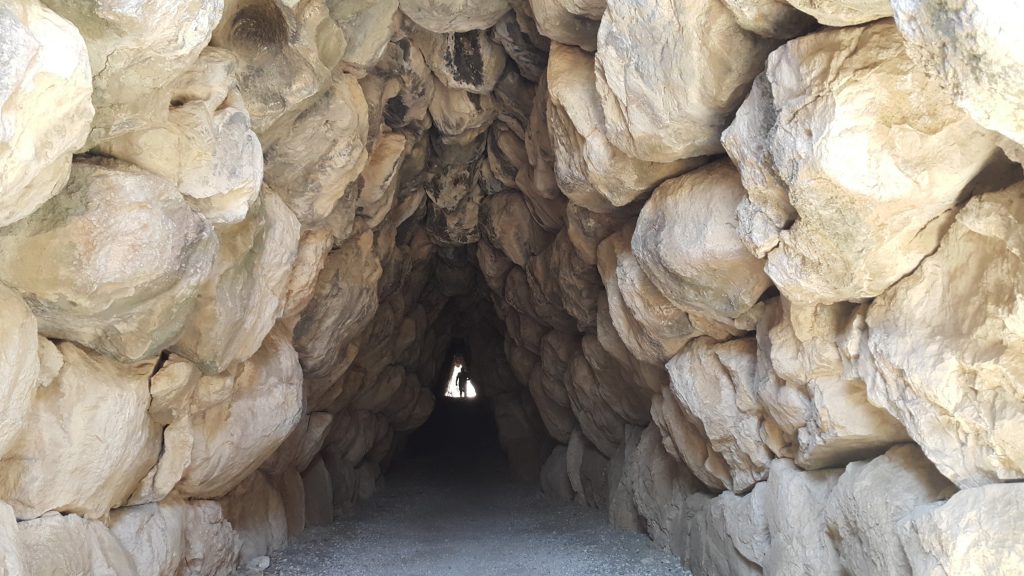 Tunnel underneath Sphinxes Gate in Hattusha 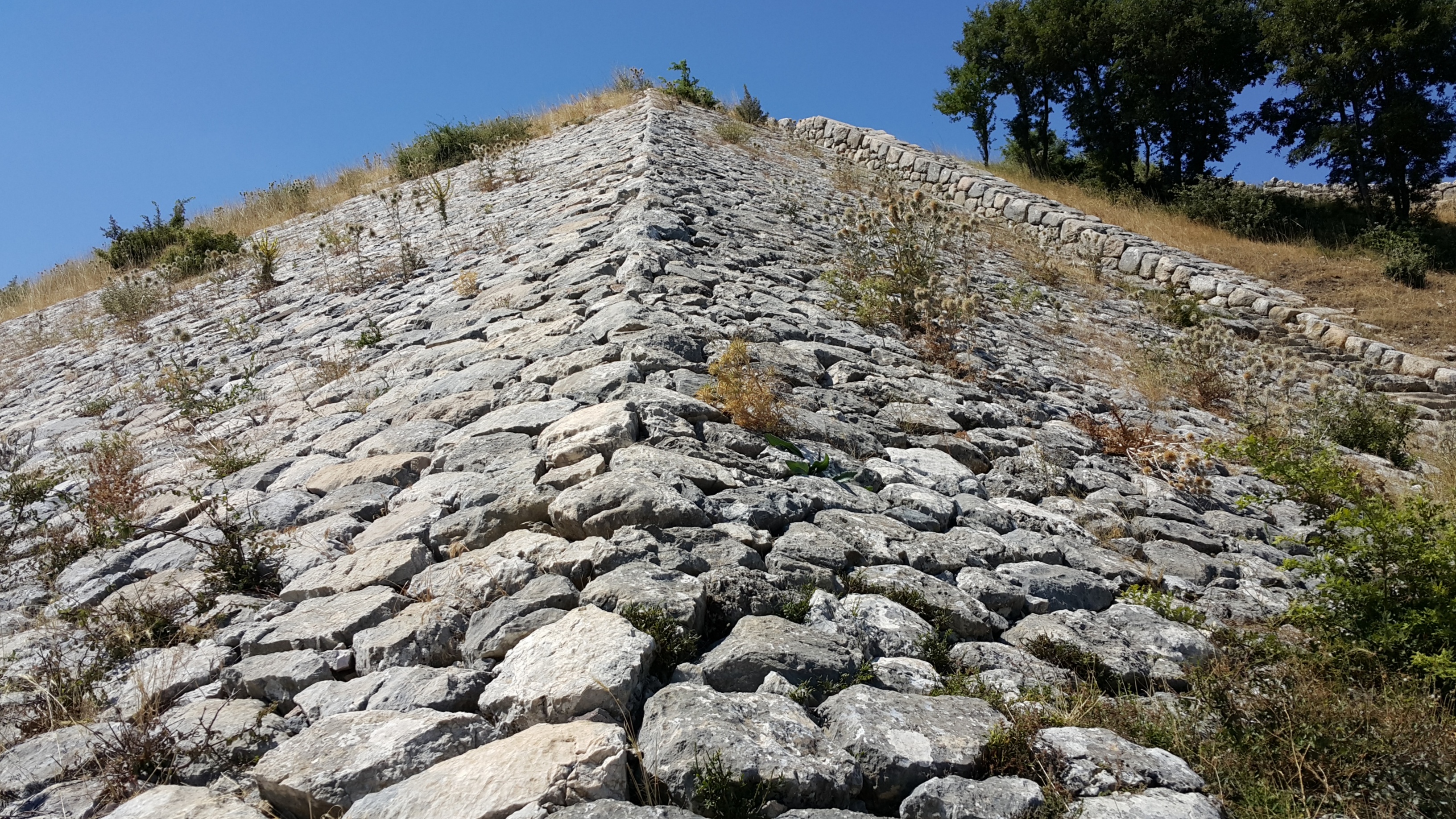 Corner of the bastion wall in Hattusha 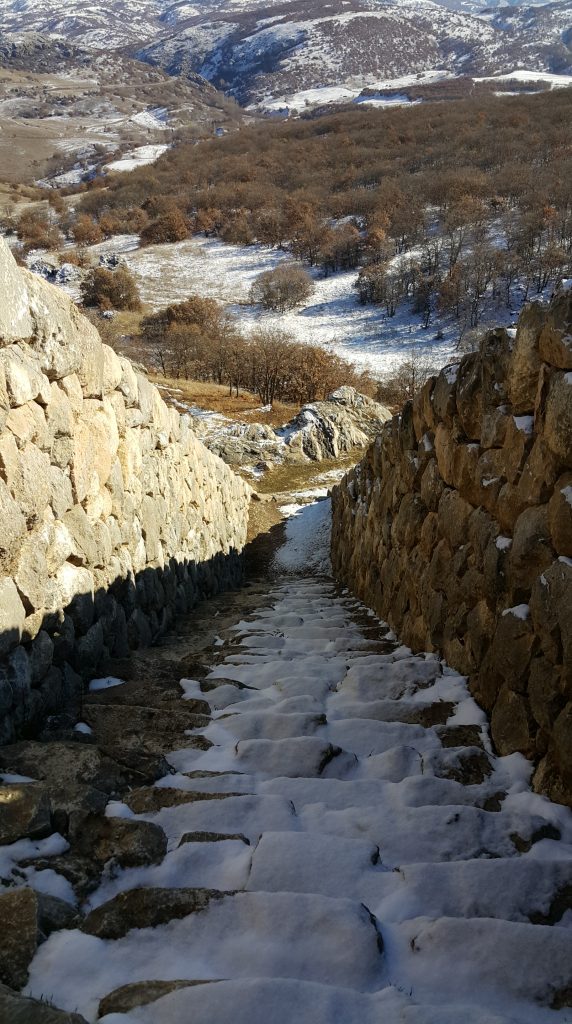 Staircase onto the top of bastion where Sphinxes Gate lies

The origins of Hittites

Tolun says that according to his former teacher, archaeology professor Akurgal, the Hittites arrived in Anatolia from Caucasus. They probably followed the Black Sea coast and then came along the Red River into this area. They adopted Assyrian cuneiform of writing but used hieroglyphs, too. Their language had similarities with Indo-European language groups. Hittites were traders but also cultivated fields to grow crops such as wheat, barley and lentils. They expanded their lands by fighting and capturing neighbourhood areas and they became a formidable threat to Egypt. Their superior warfare included two-wheel horse chariots, carrying two or three soldiers, one leading the horse and the other shooting the enemies with bows and arrows. 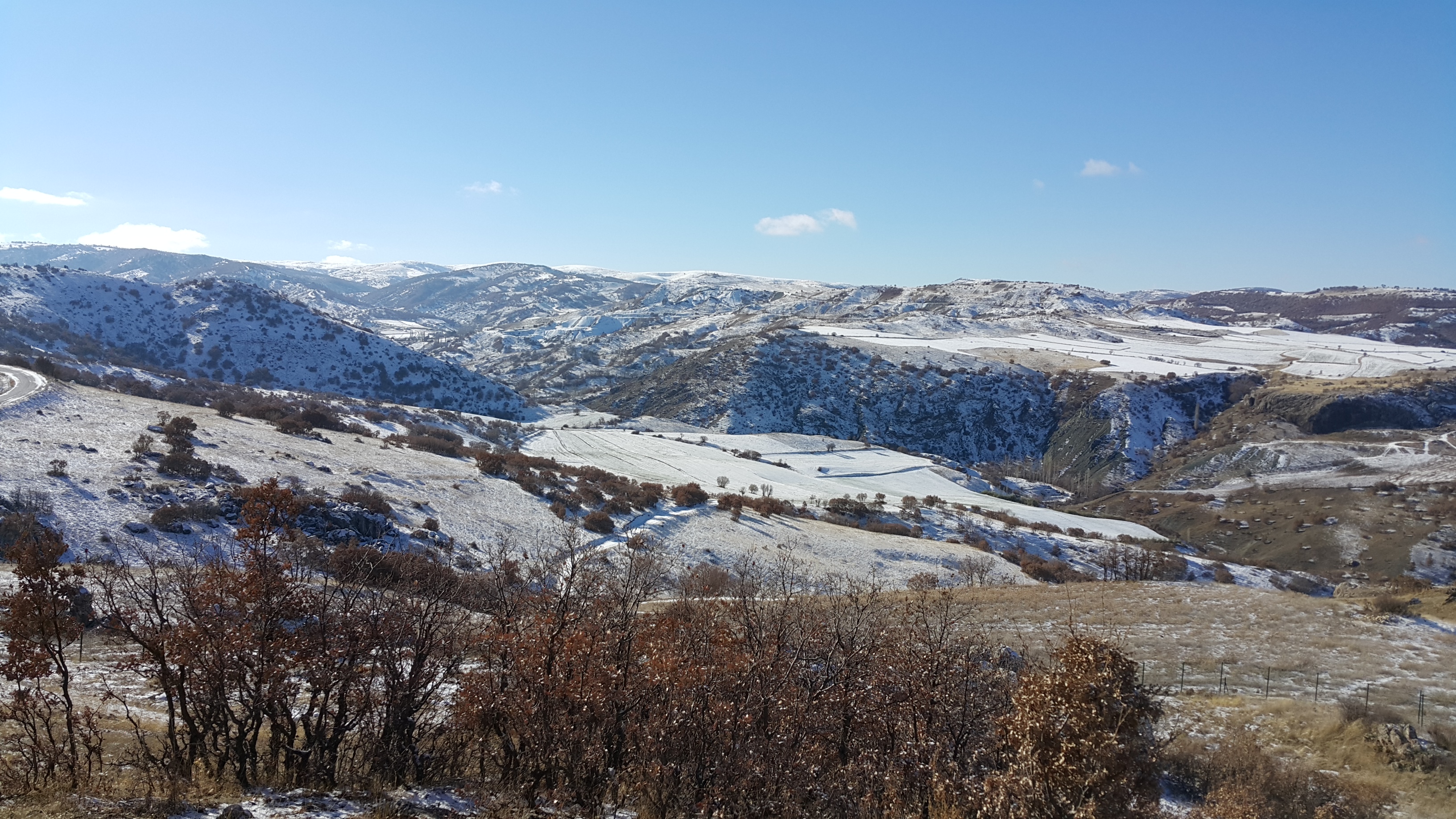 View from the Lions’Gate over the surrounding landscapes in Hattusha

After exploring the main site of the capital, we drove a couple of kilometres out of the city where the rock sanctuary of Yazilikaya lies. There we could see intricate reliefs of gods and goddesses and kings carved into steep walls of this open-air natural temple, along the narrow passageways between the rocks. It is quite small but unique for me as I had not seen such kind of rock-dug open-air temple anywhere else before. 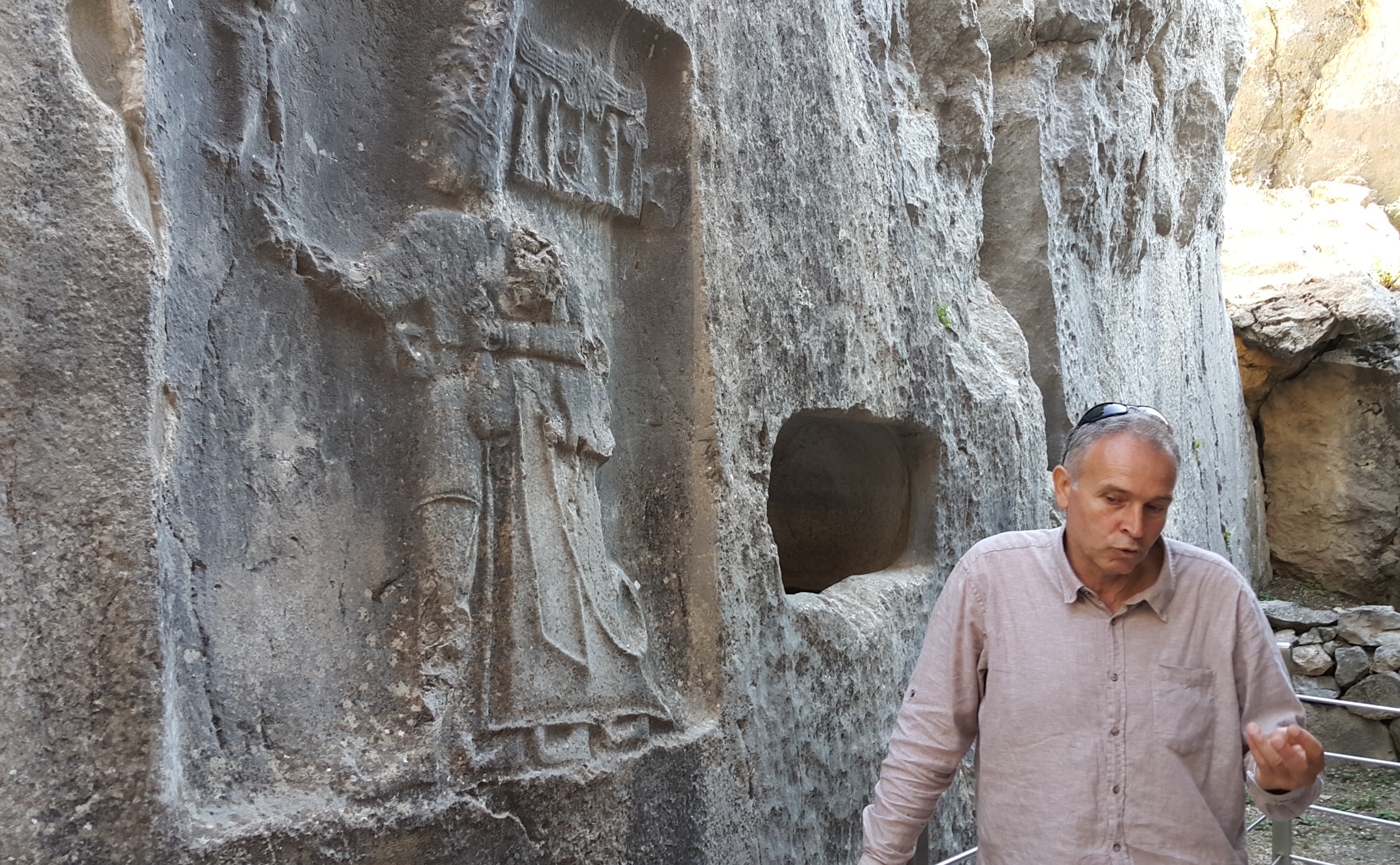 Tolun explaining about the relief of Sharumma, the son of Storm God Teshup and his wife Hepat in Yazilikaya Temple 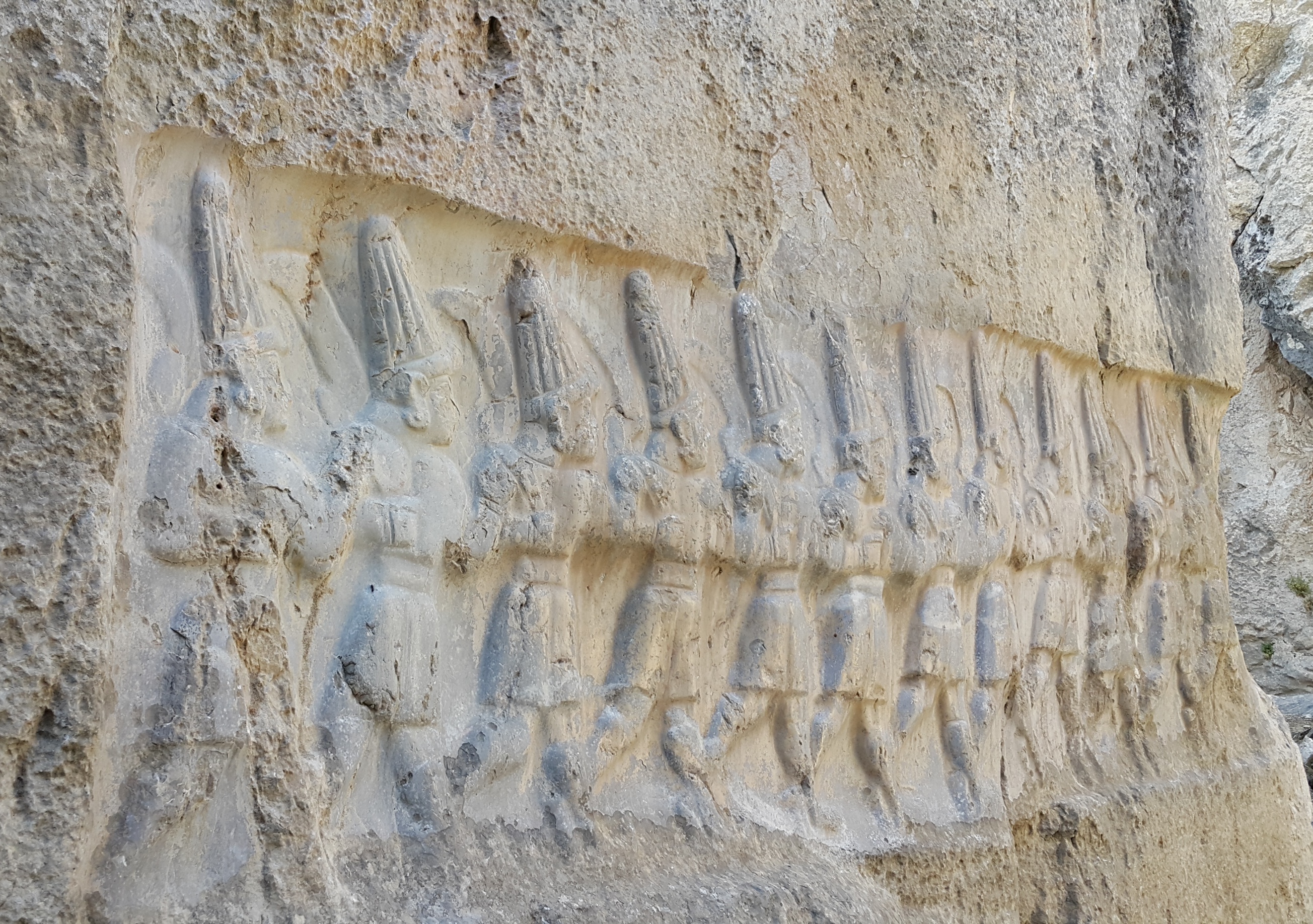 Relief of Twelve Underground Gods on the wall of Yazilikaya Temple

The First Peace Treaty of the World

The Hittite empire covered most of Anatolia and a part of Syria, including modern-day Aleppo. The empire was a major rival to Egypt and it invaded Egyptian lands many times. The most famous of those was the battle of Kadesh around 1274 BC between the Egyptian Pharaoh Ramesses II The Great and the Hittite King Muwatalli II. It was a clash between the two superpowers of megalithic civilisations, and the largest known chariot battle until that time. At that time the scale of the battle could be compared to the modern-day First World War. Since both sides claimed victory in their war documents, it is believed the battle ended in a draw. Early in the 20th century the tablets of peace treaty of the battle were found in the ancient Hittite capital, written in Akkadian language. What is remarkable about it is that it is the earliest known peace treaty in the world.

Fall of the empire

Assyria was becoming more and more powerful and in 1245 BC they captured a large part of Hittite empire. In addition to that, there were many attacks by tribes called The Sea Peoples. All this was weakening the empire further and further until it eventually broke apart. Assyrians took the lands under their control and the remaining Neo-Hittite city states were absorbed into Assyrian culture.

It is rather amazing that so much has remained of this magnificent empire, with lots of beautiful artefacts displayed in the museum just outside of the Hattusha itself as well as in the Museum of Anatolian Civilisations in Ankara. 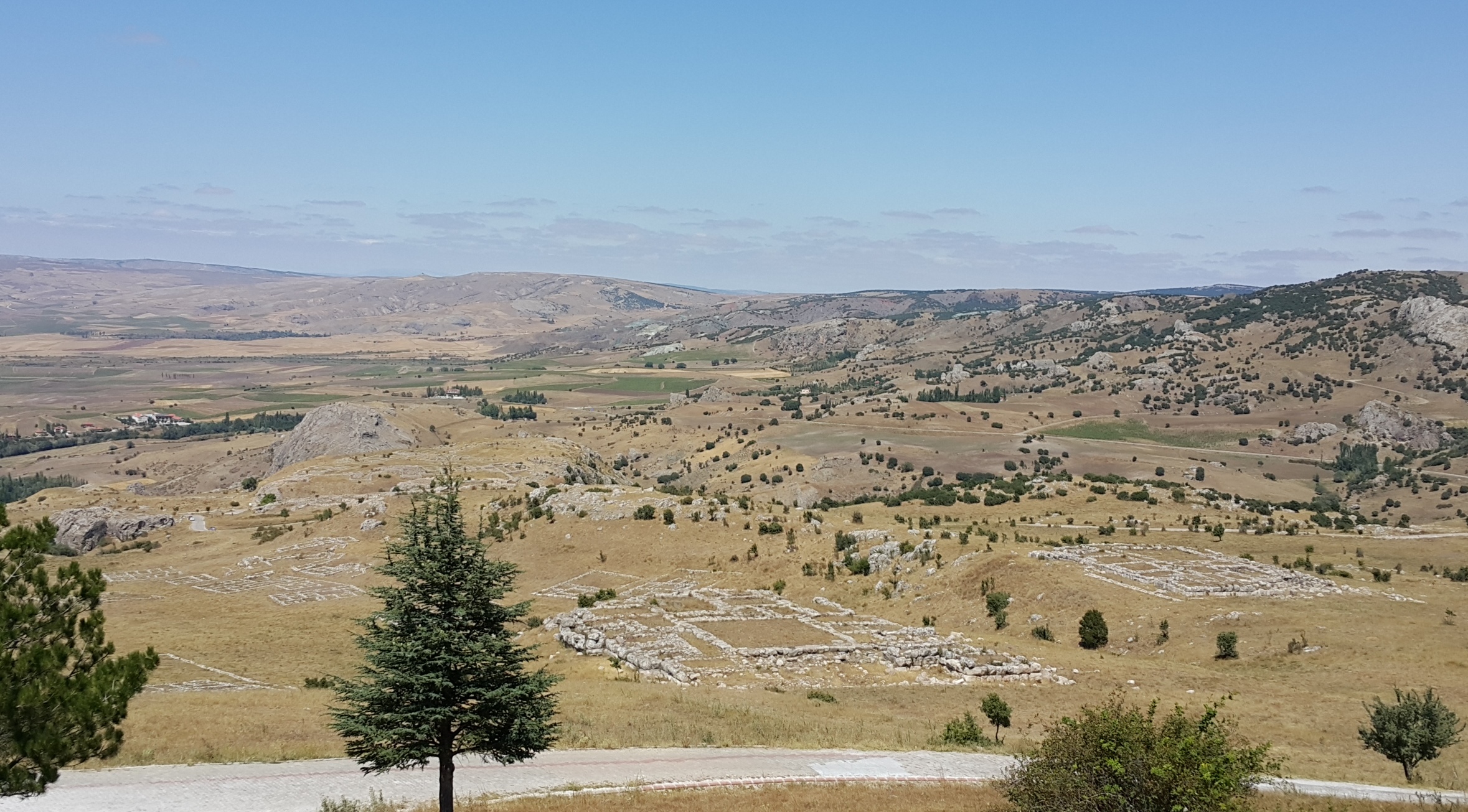 View over various temples of Hattusha