Tolun told me this wonderful story from the Greek mythology. I have been fascinated about the subject ever since I was a child when I got the book written by the Czech (then Czechoslovakia) writer Eduard Petishka on ancient Greek mythology. I loved those stories and read the book from cover to cover many times. So it has been amazing to know and see the actual places the stories are connected to, as in the western part of the Turkey lay the ancient Greek lands. 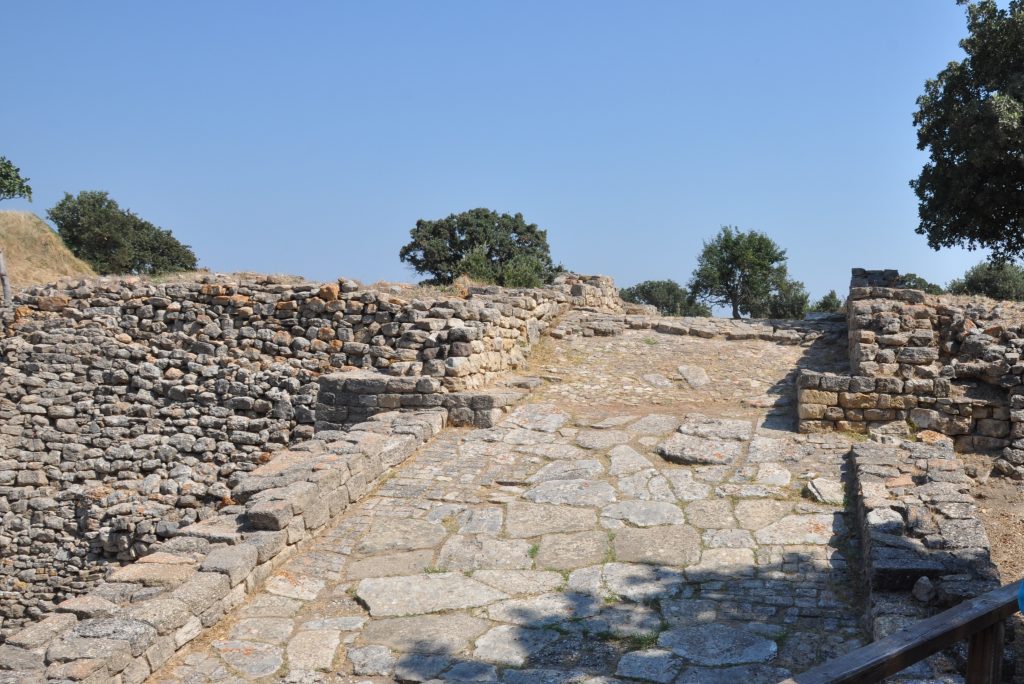 This particular story relates to Troy and goes like this.

The first beauty contest of the world

The first beauty contest of the world was attended by three goddesses: Hera, Athena and Aphrodite. Hera was the wife of Zeus, Athena was the goddess of wisdom, and Aphrodite, the goddess of beauty. The gods were holding a wedding party and the three goddesses were sitting around a table. Despite not being invited to the party, the goddess of discord and rivalry, Eris, came around, and threw a golden apple up in the air, claiming that it belongs to the most beautiful one of them, ‘to the fairest’. The goddesses looked at each other with jealousy. They asked Zeus, ‘Who is the most beautiful one of us?’ Zeus didn’t want to take part in this because of his wife Hera’s jealousy. He handed the job to Paris, son of Priamos, who happened to be the king of Troy (Troia in Greek).

The goddesses said, ‘If so, let’s prepare ourselves and have a beauty contest!’ And so they prepared themselves for the contest which was held in Ida mountains. Hera and Athena were wearing their most beautiful clothes and embellished themselves with expensive jewellery.

But that is only the beginning of the story. 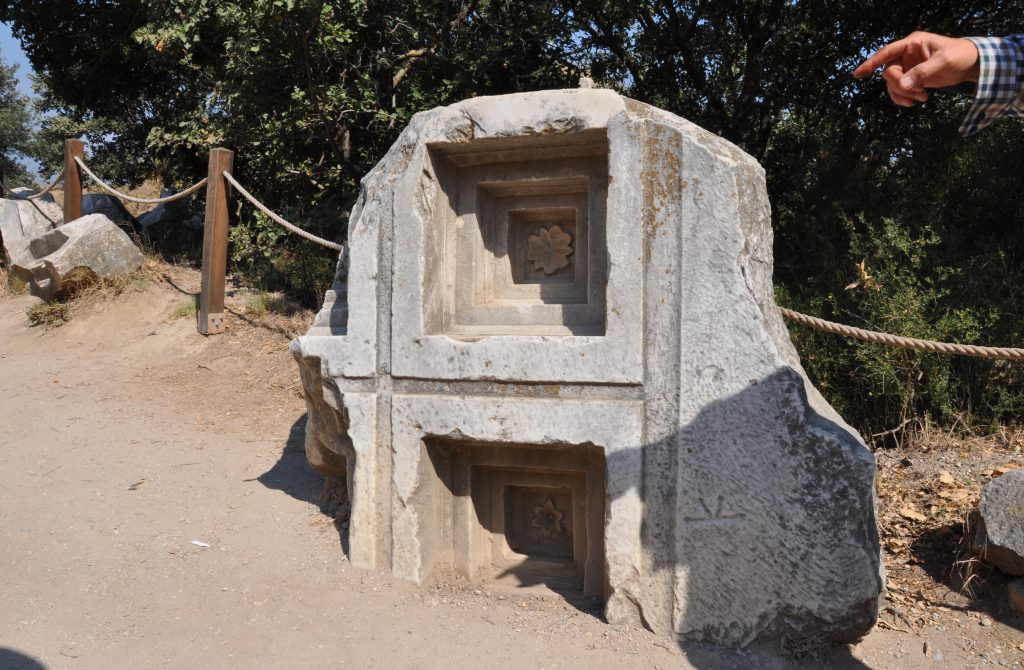 Tolun explaining the features of the coffered ceiling of Athena Temple

Paris falls in love with Helena

In order to fulfil her promise Aphrodite had to make Paris fall in love with Helena, the most beautiful woman in the world. And this is how she did it. Paris was sailing in the seas of Greece and the storms caused him to take shelter in a bay nearby. It was the port belonging to king Menelaos. As the son of king of Troy Paris was welcomed and hosted in the palace of Menelaos, king of Sparta. After awhile Menelaos had to travel to Crete for a funeral. Paris and Helena were left alone in the palace… and they fell in love.

The strorms stopped, and Paris sailed back to Troy, taking Helena with him.

When Menelaos came back home he was furious after discovering that his wife was gone. Together with his brother Agamemnon, he gathered a large army and sailed to Troy.

Priamos, the king of Troy, and father of Paris, naturally wanted to protect his son and his son’s lover Helena. The city walls were very thick and well fortified. Achaeans (the Greeks) sieged the city for ten years, but they could not penetrate its strong walls. They had to use other tactics and they got an idea.

One day they said to Priamos that they were leaving. They said ‘As a leaving gift we want to give you this wooden horse as you have defended your city very well.’ 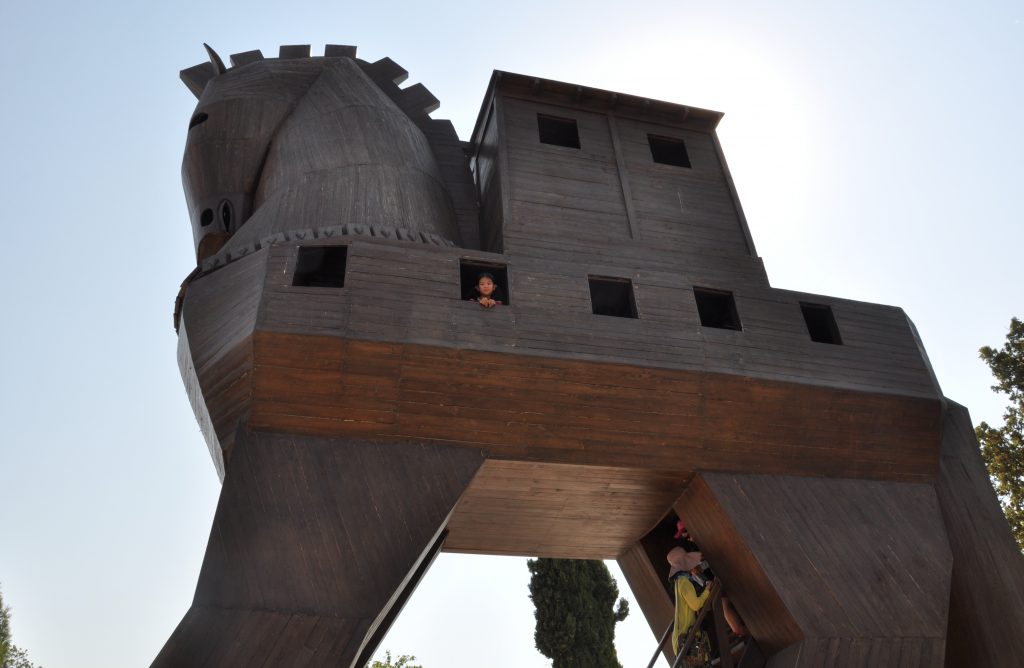 Trojan horse at the site of Troy

What the archaeological discoveries reveal

Tolun says that according to archaeological discoveries Trojan war took place arguably in the 13th century BC and it marked the arrival of sea people and Phrygians coming from the West and the Balkans. They destroyed the Hittite empire which was located all around Troy at that time. Troy was called Wilusa by Hittites. Troy was a kingdom colonised by Greeks (Achaeans), who had brought their culture with them.

Troy was a wealthy city as it was located at the bay which gave shelter to ships in the stormy seas. While the ships were sheltering there, they also traded with Trojans. This brought wealth to Troy number 2, existing between 2500-2200 BC. There was a big fire around 2200 BC which destroyed the city. Troy number 3, 4, and 5 were simple shepherd settlements without much progress. Troy number 6, founded around 1800 BC, lasted about 5-6 centuries. That was also a highly advanced society, and wealthy era for Troy.

Troy number 6 was destroyed during the legendary Trojan war and it never recovered after that. Some archaeologists say that a Trojan horse was a catapult used to destroy the city. Others say that it was an expression of gratitude from Achaeans to Earth shaker goddess as there was an earthquake after 10 years of the siege, and that played a major role in destroying the city. After the earthquake it was easy to sack the remains of the city.

Back to the story

According to the legend, the horse was accepted by Trojans. Achaeans pretended that they were leaving, but actually hid themselves behind Tenedos (now Bozcaada in Turkish) island nearby, close to the entrance of Dardanelles. Trojans thought Achaeans had left and they decided to take the horse into the city. During the night Achaean soldiers who were hiding inside the horse came out and opened the city gates to the Achaeans who had returned with their ships from their hiding place. This way they conquered the city easily. Paris was killed in the battle, Menelaos took Helena back with him and forgave her… 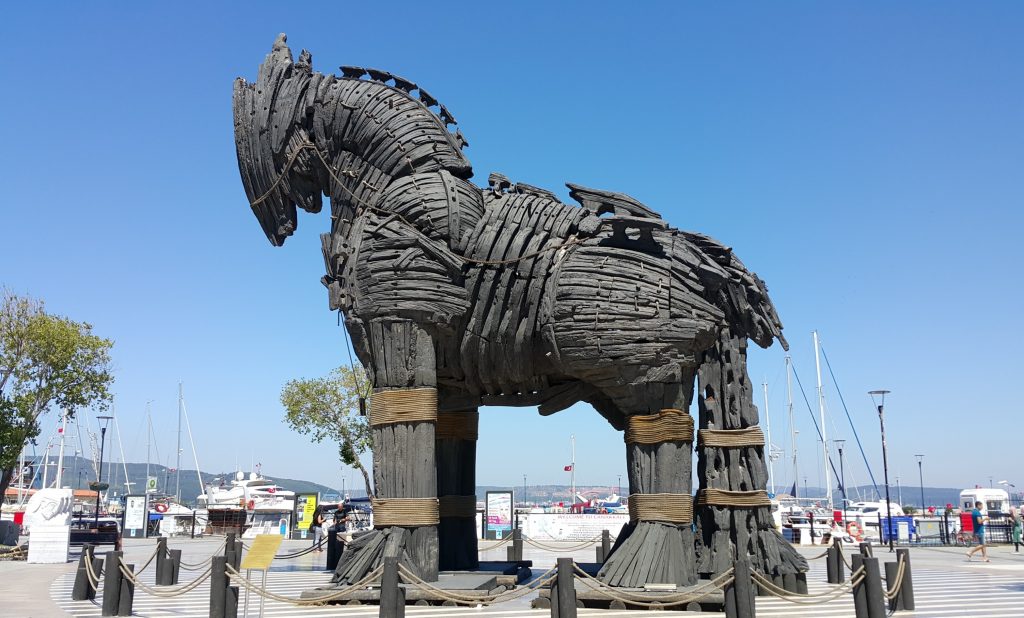 Trojan horse from Brad Pitt movie ‘Troy’, gifted to Canakkale, the town near the original site of Troy

Such was the short version of the story of Helena, Paris, and Troy. The legend of Trojan war includes many more stories, with well-known participants like Achilles, Hector, Odysseus, and others…

What we can see now

At this time we can see the remains of 9 different unearthed stratas or eras of Troy, discovered by German archaeologist Heinrich Schliemann towards the end of 19th century, in co-operation with British archaeologist Frank Calvert. Until then, it was largely believed that Troy was only a mythical city, not a real place. This is interesting in itself as Schliemann had reportedly claimed at the age of 8 that he would one day discover Troy, having grown up with the stories of Homeros. I could go on, but let us stop here, and leave this story for another time… as well as all the other stories related to Troy in Greek mythology. 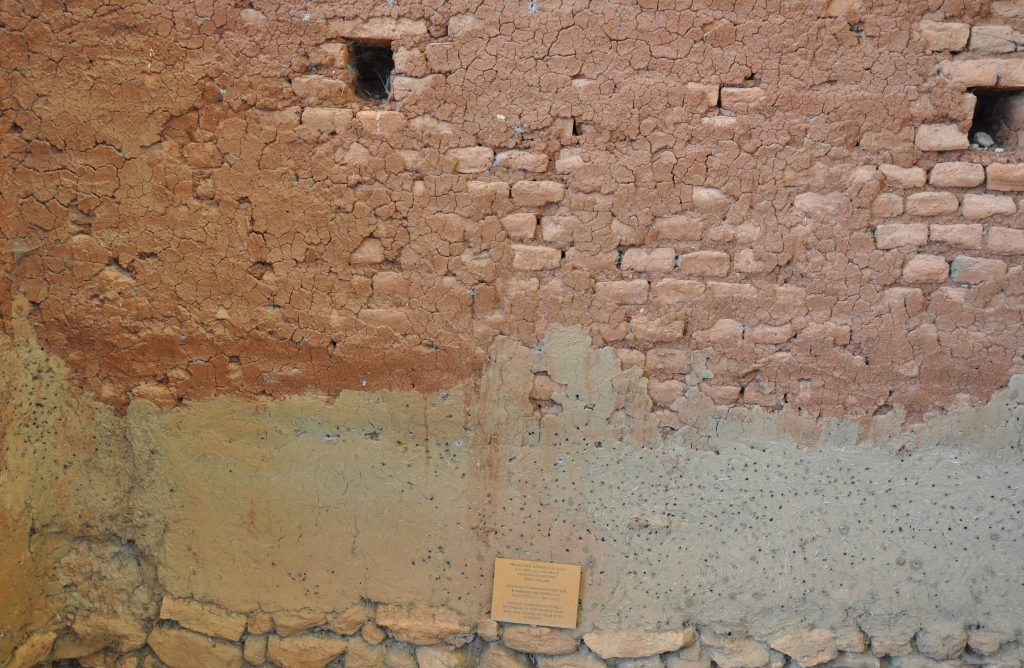