On our way from Ankara to Cappadocia we stopped at the shore of a large lake. It looked extraordinary. It seemed to go into infinity, as its farthest edges were blending with the sky, and its surface was beautiful pale sparkling blue, serene and clear as a mirror. 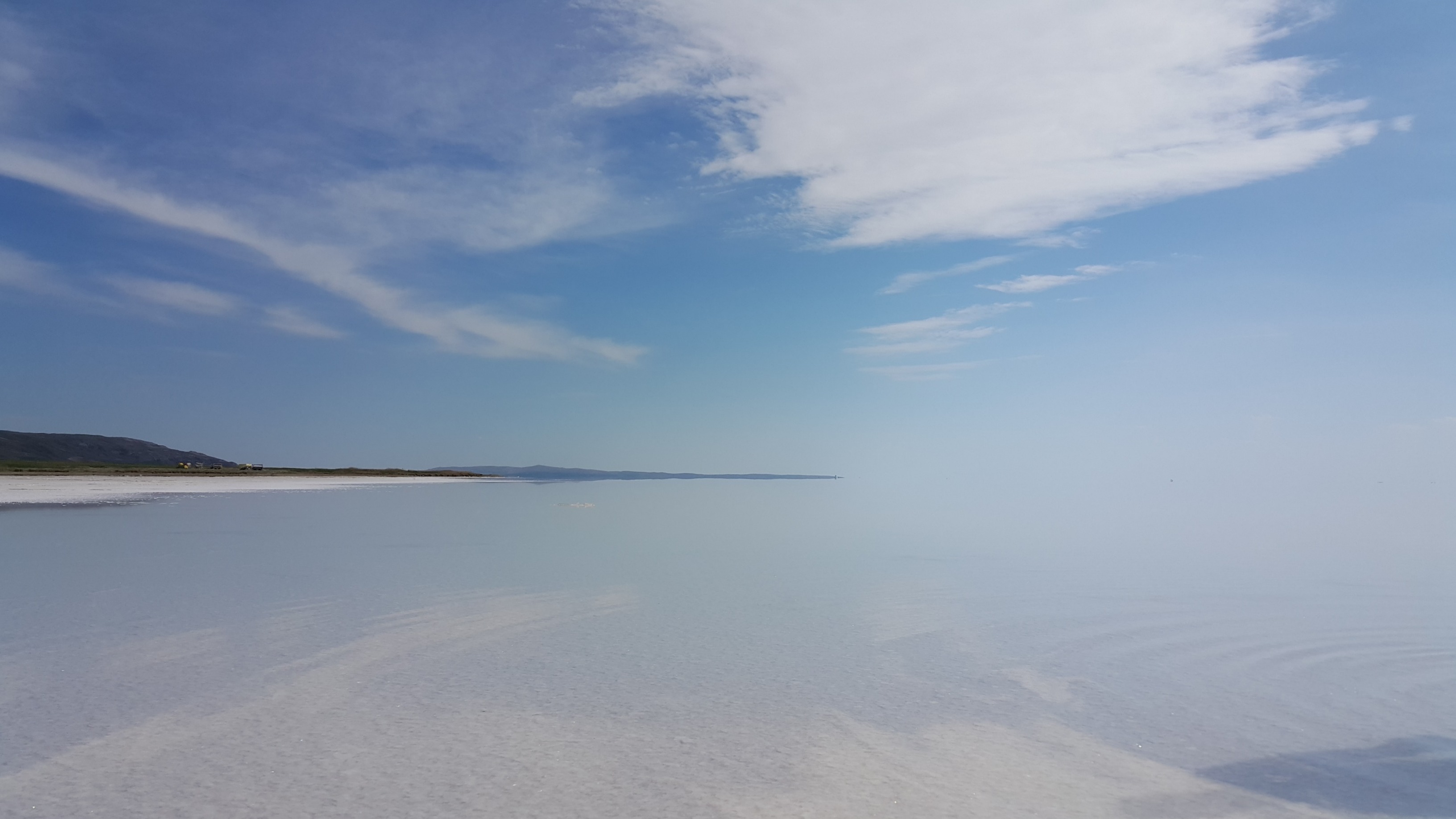 The shore was very shallow, and the average depth of the lake is around half a metre. Of course I wanted to paddle in the lake. We took off our shoes and walked towards the water. At first we walked on the soft wet sand. Just at the borderline of the water the sand turned into a bright white fine salt. The water was warm and the bottom of the lake was soft. As we paddled further, the salt started to become coarser and harder and sharper. The salt crystals became bigger the farther we walked. As it became quite hard for the soles of the feet, we turned back. I saw no flora or fauna in the lake, there were just bright white salt crystals at the bottom, but some day I hope to visit the islands on the lake where flamingos breed. 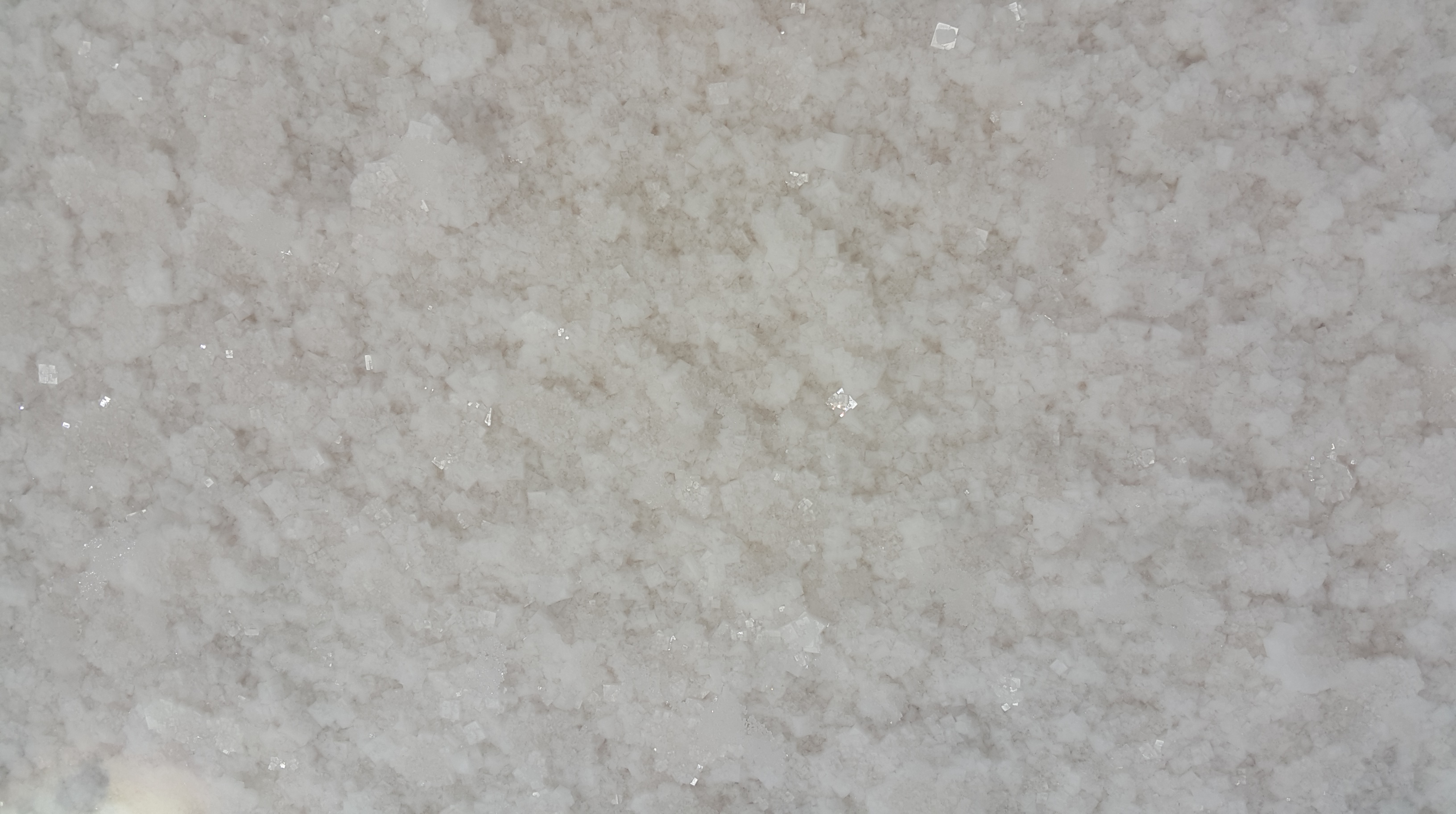 When our feet dried, a layer of white salt remained on them. I think if you stay in the water for a short while, it can be very good for the skin. My skin certainly felt very soft after I had the chance to wash the salt off hours later.

Nearby I also noticed a salt factory, there are three of them around this lake. Apparently over a half of the salt consumed in Turkey is collected from this very lake, the second largest lake in Turkey. A beautiful place. 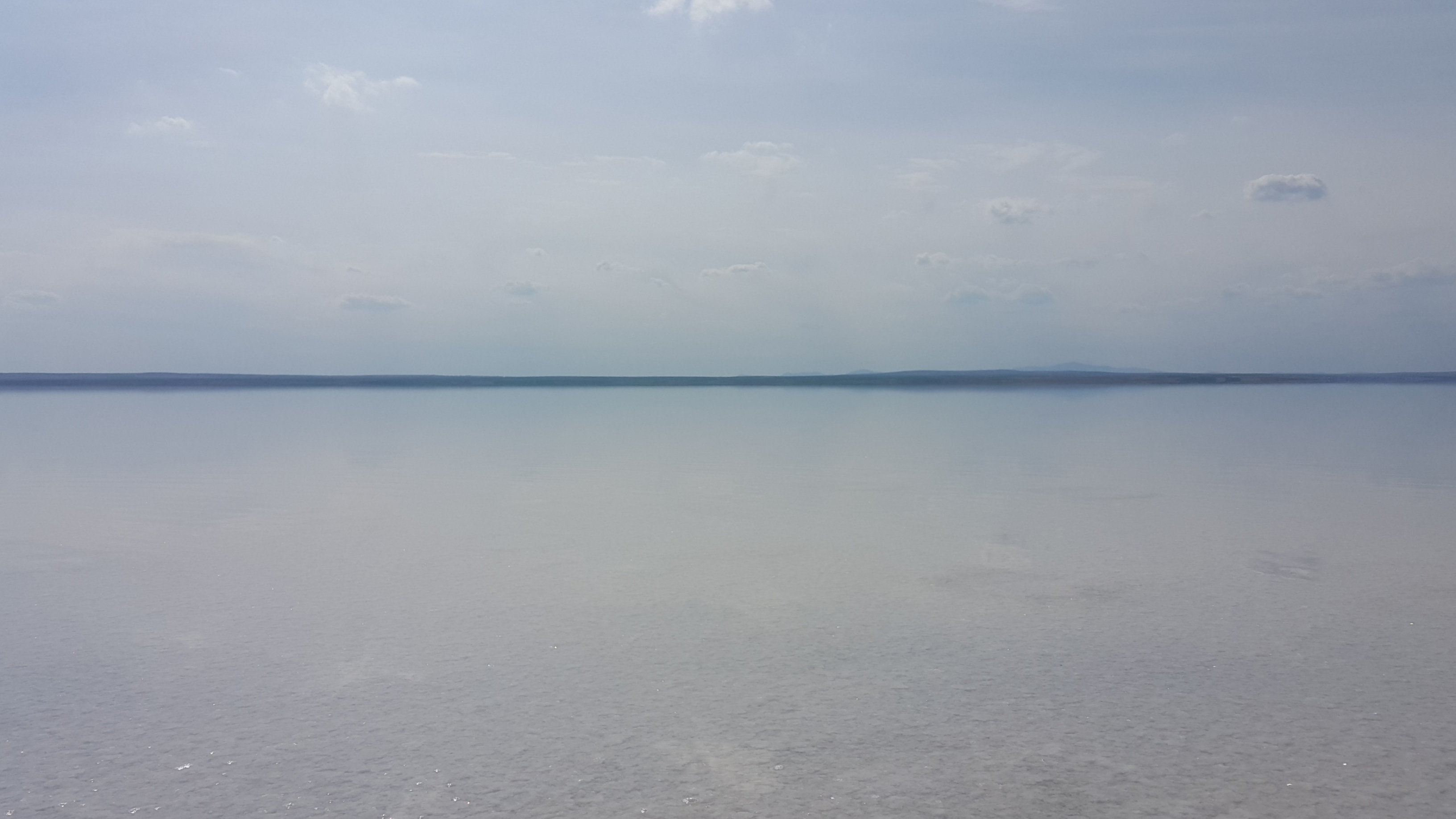