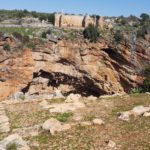 On the way from Mersin to Alanya we turned off the main road onto the small winding village road leading us up the hill towards the place called Kanlidivane (Canytellis by ancient name). It was a gorgeous February day just a few days ago from today, sunny and warm, butterflies fluttering by, birds singing, grass was green and flowers and trees were in blossoms. I even spotted a red squirrel among the bushes. The site is in a magnificent elevated position with marvellous views over the turquoise Mediterranean sea. Being out of tourist season, we had the place almost to ourselves. Besides us there was just another family from a nearby town visiting the site that morning. There are two main attractions really, in addition to the beautiful nature – one is an ancient Greek and later Roman city, and another is a natural phenomenon – a large sinkhole, around which the city was formed. 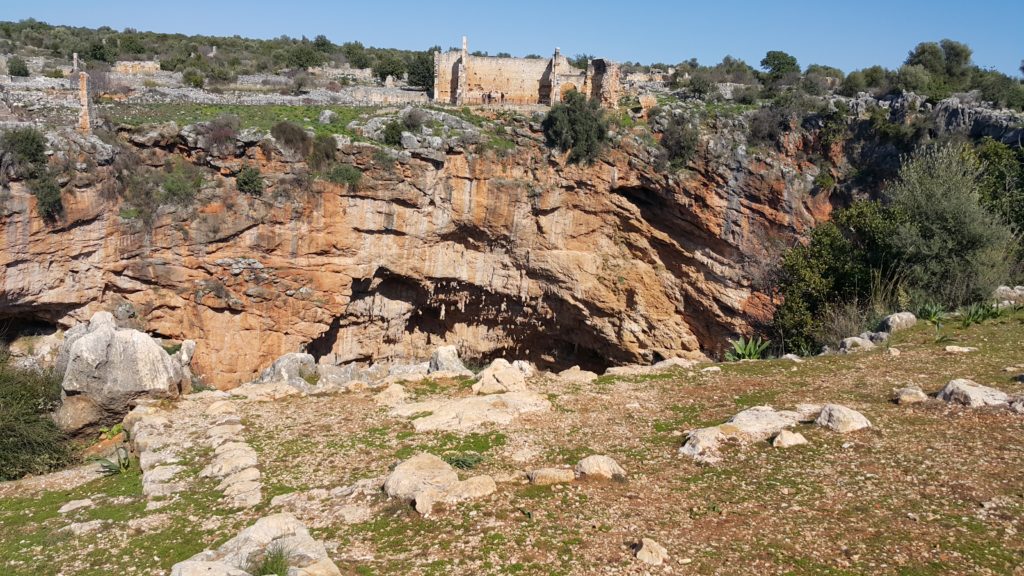 Looking across the sinkhole towards Basilica, Kanlidivane Turkey

As we started walking along the pathway towards the ruins, the sinkhole appeared right after the entrance of the site. It is a huge steep hole, over 100 m in diameter and about 70 m deep. Down below there are some reliefs carved onto the walls of rocks by ancient people, but nowadays there is no access down to the bottom, one can view the landscape of the hole from up above. Along the edges of the sinkhole there have been various buildings which’ ruins are still remaining, such as olive mills, a Byzantine basilica, a tower etc. 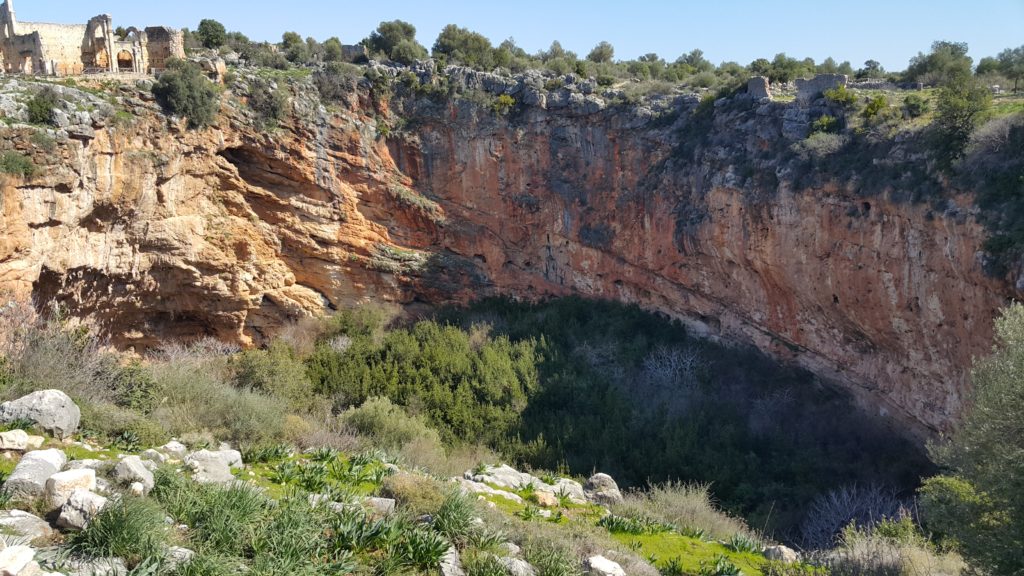 Continuing our walk we also passed the Ottoman era cemetery and the ruins of some buildings, the latest headstone read early 1970s as someone’s death year who was buried there. So it was inhabited until quite recently. Its best days though appear to be in the Greek and Roman times. Some of the most impressive buildings include aforementioned Byzantine basilica and a large mausoleum built by queen Aba for her husband and herself in ancient Greek era. The view from the mausoleum, sitting in the highest spot, is the best in my opinion, quite heavenly actually. 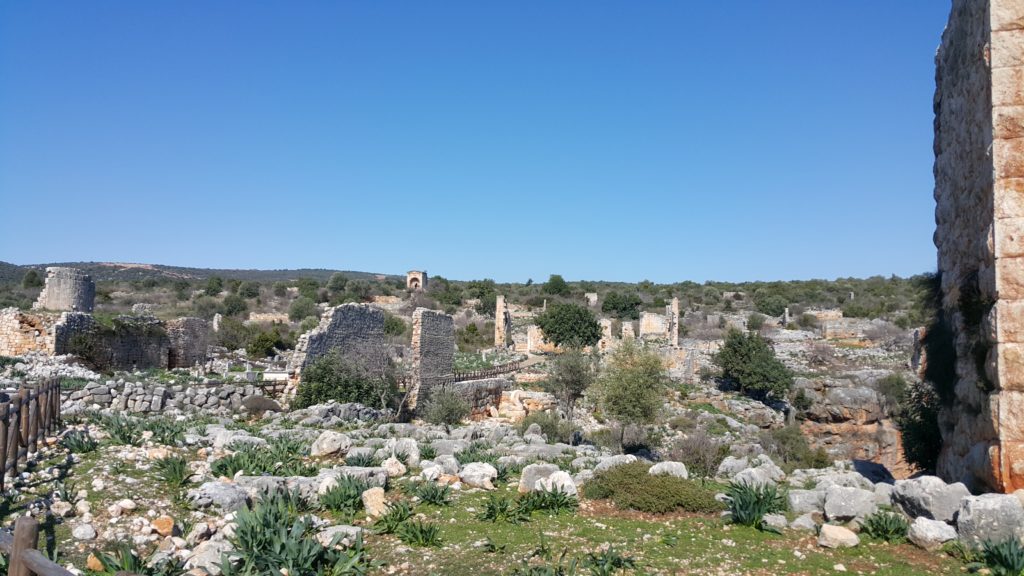 The site is large, one can spend hours wandering around, admiring the remnants of old civilizations, the great views over the landscapes, and quite simply breathing in the sweet air heavy with scent of flowers, listening to buzzing bees and chirping birds. I suspect that since this site is not one of the best-known ancient cities, it is probably a peaceful place also in busier tourist seasons. It may not be famous, but it is just as worthy a visit as the most well known places in Turkey. I loved it. 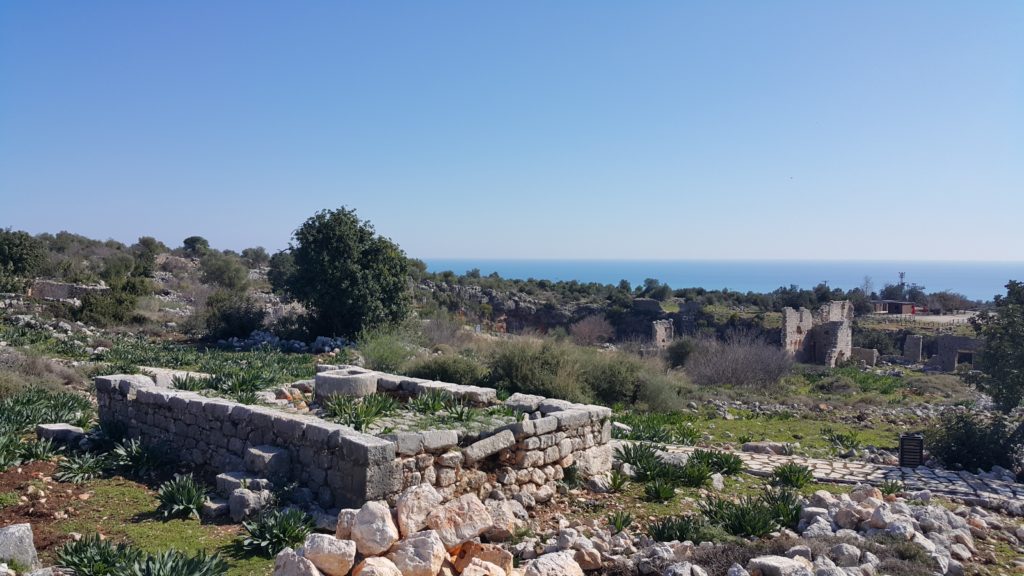