Bodrum is blessed with a year-round warm climate, and it gets rather hot here in summer. This makes the turquoise blue sea of this southern Aegean town all the more inviting. A lot of the life seems to revolve around the marina area, full of both beautiful old wooden sailing boats as well as fancy modern yachts glistening and swaying gently in the breeze. The seaside promenade is lined with pleasant restaurants and cafes, offering a variety of gastronomic experiences. 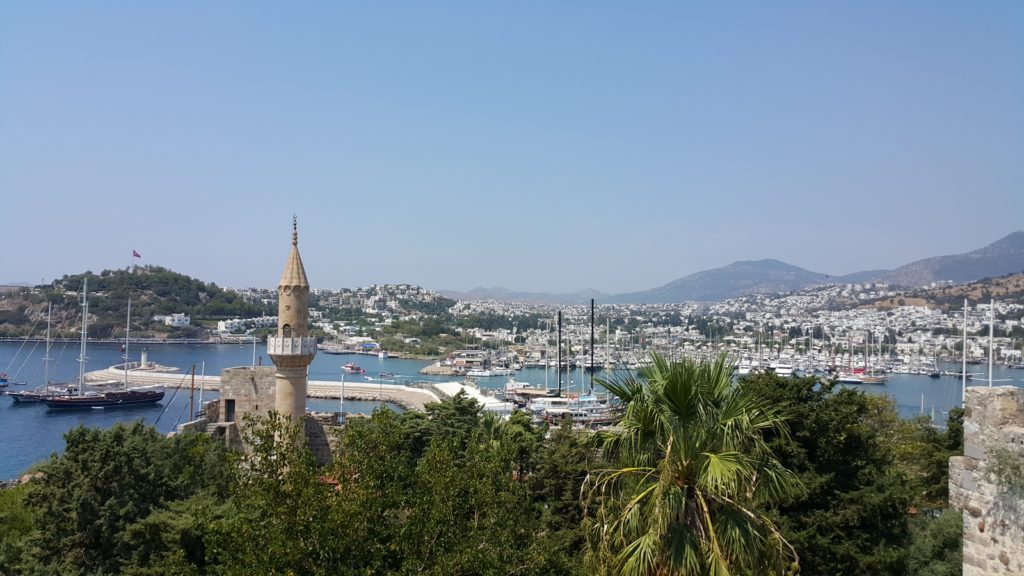 The famous Tomb of Mausolus

My first stop in the town was at the Tomb of Mausolus, which sits by the rather unassuming street away from the seaside hustle and bustle. I would have travelled right past it without noticing it if Tolun hadn’t pointed it out. This is the very place where the word ‘mausoleum’ comes from. Mausolus was the ruler of Halicarnassus, which is the ancient name of Bodrum, in the 4th century BC. He and his wife Artemisia decided to make it the capital of their small region of Caria, which was under the rule of Persian Empire. He admired the Greek culture and commissioned Greek sculptors and architects to get a tomb built for him as a Persian satrap. After his death his wife Artemisia finished the tomb by employing some of the best and most famous masters of that time. The resulting masterpiece was so beautiful and artistic, with many sculptures of people and animals that it became one of the Seven Wonders of the Ancient World and Romans started calling all magnificent tombs ‘mausoleums’ after Mausolus’s tomb. It looked over the city for 16 centuries, collapsing after series of earthquakes by 15th of century AD. Consequently it was looted by many and little is left of it on its site today besides the foundations and a museum with remaining sculptures on display. The site is well worth the visit however and it is in a lovely quiet and green courtyard.

Bodrum Castle and the Museum of Underwater Archaeology

The Knights of St. John arrived in 1402 AD and started building their fortress, using the remains of the Mauseoleum of Mausolus as building materials. The Order of Knights Hospitaller’s headquarters were in the Rhodes island and they decided to build another fortress in Bodrum. The four nations of the Order had each a tower built and maintained by their style in the castle: German, English, French and Italian. It was attacked by Ottoman Empire for several times until it was conquered by the Sultan Suleyman the Magnificent in the 16th century. The castle in itself is an interesting place to explore. It has a lovely garden with lots of Mediterranean plants and trees and peacocks walking around. In addition it now houses the award-winning Museum of Underwater Archaeology.
There are many fascinating findings from the shipwrecks buried in the Aegean Sea. It is biggest of its kind and includes beautiful objects from Bronze Age, Mycenaean, Hellenistic, Roman, Byzantine, Ottoman eras. 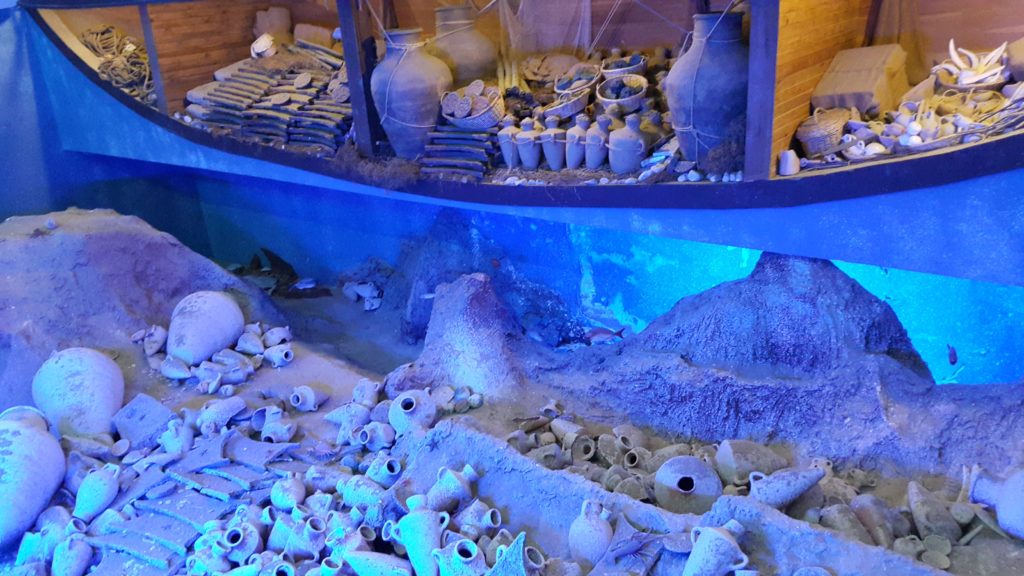 Museum of Underwater Archaeology in Bodrum

After visiting both the Mausoleum and the Bodrum Castle it is the time to stroll at the seaside promenade and stop for a fresh juice or coffee and a cake at one of the numerous cafes dotting the marina and admire the lovely views over the turquoise sea and the green hilly landscapes. If you still have the energy left to do some sightseeing, then the well-preserved ancient Amphitheatre is worth to visit as well as the Myndos Gate from the time of king Mausolus where one of the bloodiest battle against the Alexander the Great took place. Of course the boat tours are popular here. There are also some lovely seaside villages a short drive away, such as Gümüslük, where we enjoyed a beautiful sunset. It is no wonder that the area is a popular tourist destination and a place to spend holidays for both Turks as well as foreigners. 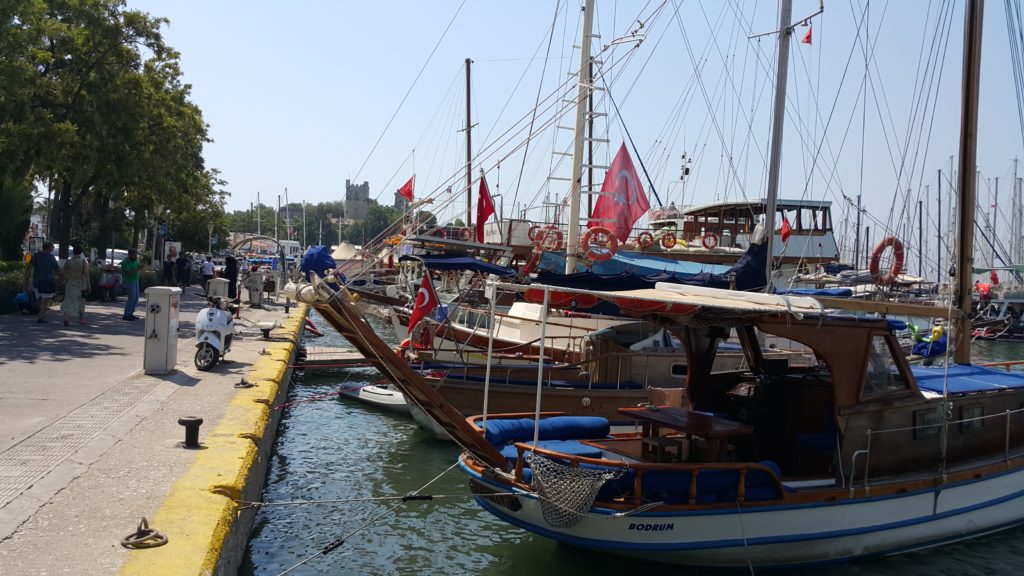 Boats at the Bodrum marina