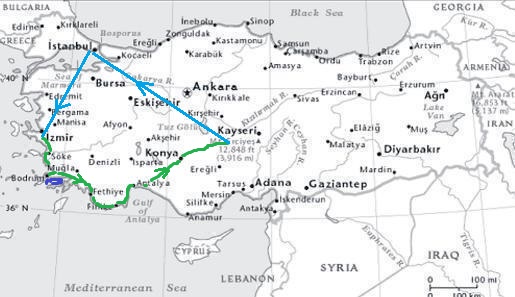 Day 1. Istanbul – Izmir – Ephesus. Arrival at Izmir Adnan Menderes Airport. I will be meeting you on your way out from the terminal building. We will drive to Belevi Mausoleum. It was possibly built for Lysimachus who was one of the generals of Alexander the Great. After this very off the beaten track stop we will make our way to the nearby Ephesus.

We will visit Ephesus, the ancient metropolis of the Roman Empire in Asia Minor. Ephesus is one of the 12 Ionian cities mentioned by famous Greek historian Herodotus. During Roman times approximately 200.000 people lived here. The site is full of fascinating monuments. Marble temples, fountains, ancient roads, an exceptionally big theater and library are waiting to be discovered by us. Delicious Aegean vegetables prepared with olive oil and some local wine can be enjoyed for dinner. We will stay overnight in the area. 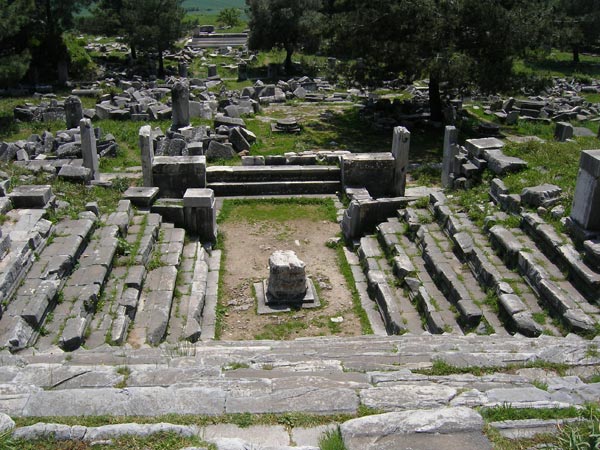 Day 2. Priene – Miletus – Didyma – Bafa. We will first depart for Priene. We’ll visit Priene and then drive to Miletus. Priene and Miletus were two ancient Ionian cities by the Aegean sea and they played an important role in the development of science in the fields of mathematics, geometry, urbanism etc. We’ll stay overnight by the Bafa Lake.

Day 3. Bafa – Mylasa – Halicarnassus. We will drive to Mylasa in the morning, visit the Gumuskesen mausoleum and continue travelling to Bodrum. We will see the ancient theatre of Bodrum as we drive before we reach one of the gates of the ancient city of Halicarnassus. 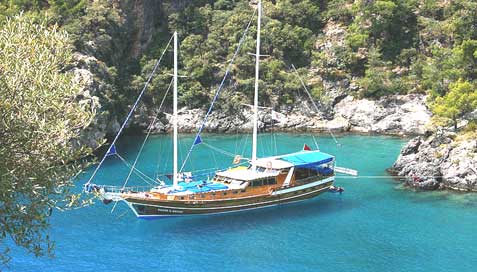 It is Myndos gate where Alexander the Great while liberating this ancient Greek site from Persian rule had many casualties as the bridge on the moat collapsed. After the visit of the gate we will buy our provisions for the cruise, then proceed to the mausoleum of the Carian ruler Mausolus. After the death of Mausolus in 353 BC Artemisia built the most artistic tomb ever for her deceased brother and husband. It’s thought that the architects of the tomb were inspired by the Nereid monument which was previously built in Xanthos, the capital of the neighbouring region of Lycia, in the 5th century BC. The mausoleum was one of the 7 wonders of the world in hellenistic period. After this visit we will embark the gulet and start the cruise towards the ancient Carian city of Cnidus. Famous for its Artemis statue, Cnidus is located exactly at the tip of a peninsula with its ancient light house which is the division point of Mediterranean and Aegean seas. In Cnidus we will visit the remains of an amphitheater, acropolis and temple, which housed the famous statue of Aphrodite. We will have dinner and stay overnight in Mersincik. 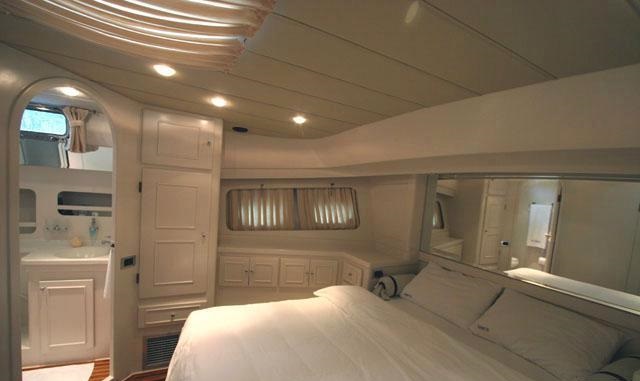 Day 4. Cati Lagoon. After breakfast in Mersincik we will travel leisurely to Cati Lagoon for lunch. In the afternoon you can visit beautiful places in the region. We will have dinner and overnight in Cati.

Day 5. Yedi adalar / English Harbour. Cruise to Yedi adalar. We will have lunch there. The location is great and ideal for swimming. We will anchor in English Harbor where rosemaries and a pine forest frame a lake where sunken English war ships hide underneath. We’ll have dinner and stay overnight there.

Day 6. Tuzla / Ballisu. Today is the day we will sail to Tuzla. In the afternoon we will proceed to Ballisu for dinner and overnight.

Day 8. Çokertme / Oraklar. After breakfast, we will visit Cokertme, an attractive bay and fishermen’s village, whose cheerful and friendly people have been the subject of a famous song. Cruise to Oraklar for dinner and overnight. 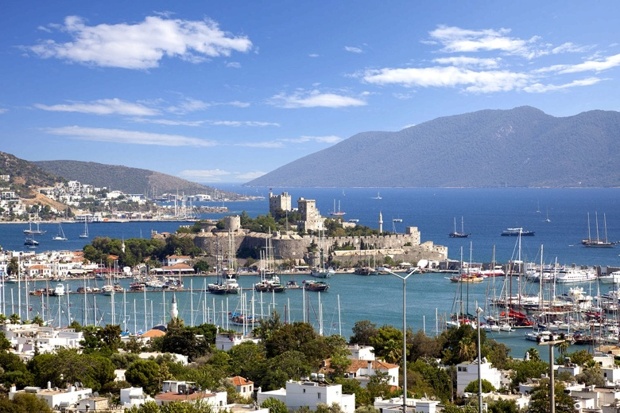 Day 9. Bodrum. After breakfast, we’ll cruise to Bodrum. After we disembark we will visit the fortress of the Knights of St. John, which today houses the unique underwater archaeological museum of Turkey. The towers of this fortress offer a wonderful view of the town and the sea. We will see unique section here such as a Bronze Age ship wreck which carried royal artefacts. This singing, dancing, swinging town with its Mediterranean ambience is a dwelling place for artists, celebrities and intellectuals of Turkey. We will have a nice promenade back towards our van. Our destination is now Telmessos. Wining and dining will be a treat tonight at my friend’s boutique hotel. We’ll stay overnight in Telmessos area.

Day 10. After a sad goodbye to my friends we will drive to Xanthos, capital of ancient Lycia. Brave people lived here in the past who proved their bravery twice in their history by committing mass suicide in order to not surrender to invading forces. Xanthosian men set fire to their children, slaves, women and treasures upon the acropolis before making their final suicide attack upon the invading Persians. Xanthos was later repopulated but a similar event repeated itself in 42 BC when Brutus attacked the city during Roman civil wars for raising money and recruiting troops.

Brutus was shocked by the Lycians’ suicide and had offered his soldiers a reward for each Xanthosian saved. Only 150 Xanthosians remained alive. Here is a poem found on a tablet discovered during excavations here. 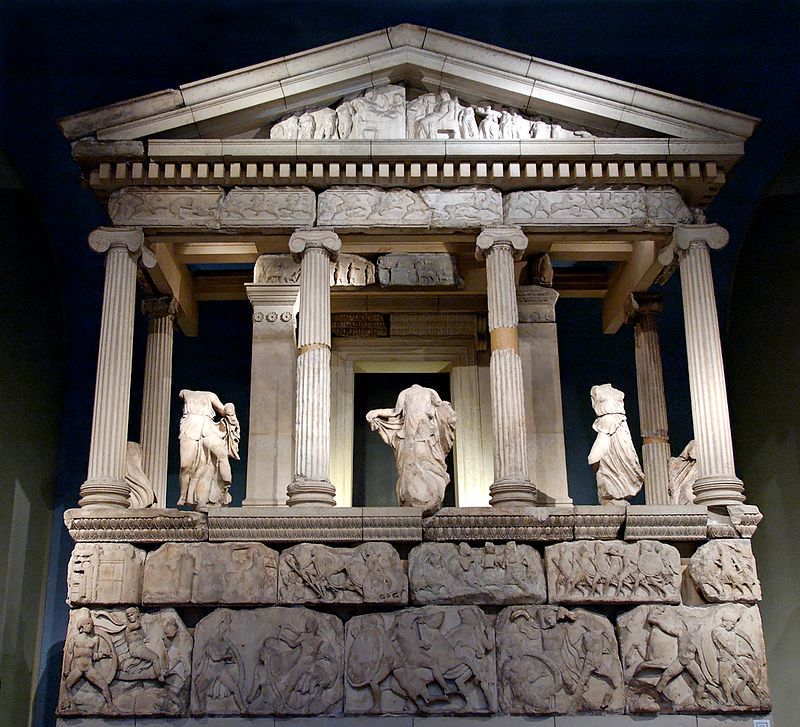 Our next stop will be Patara. In addition to its famous infinite looking sand beach where caretta caretta sea turtles come to lay their eggs, the bouleterion in Patara, restored in recent years, the old port, the theatre and monumental entrance gate are some of the places worth seeing in this ancient site. Then we will continue to Kas, ancient Antiphellos.

Day 11. Antiphellos – Kekova – Phaselis. We will drive to ancient Simena and take a boat to Kekova island. During this short boat cruise you will see ruins of an ancient city under the sea. The ruins are under the water as they sank after an earthquake. Then we’ll proceed to Phaselis. This is another interesting Greco Roman site on our way to Kemer.

Day 12. Drive to Termessos. Located at an altitude of 1050 metres, Termessos offers a variety of remarkable ancient monuments which can be found among the bushes. The Gymnasium, Necropolis, Theater, Bouleterion, Cisterns, the Royal Necropolis and rock dug tombs and the tomb of Alketas. After the visit of Termessos we will proceed to Karain cave. This is the most important paleolithic cave discovered so far in Anatolia. Perge and Aspendos sites will be our next visits today before we proceed to Side for staying overnight.

Day 13. Antalya – Konya – Cappadocia. We will drive to the ancient capital of the Seljuk Empire, Konya. We’ll visit the monastery of Mevlana from the 13th century. Mevlana (1207-73) was a poet, scholar, and philosopher and the founder of the order of whirling dervishes who, while performing their dance consisting of turning around themselves, were getting closer to God. Karatay school will be our next stop. After this visit we will make an orientation tour in this beautiful town where there is an mystical oriental ambience. We’ll continue driving to Cappadocia. We will have dinner and stay overnight in Cappadocia. 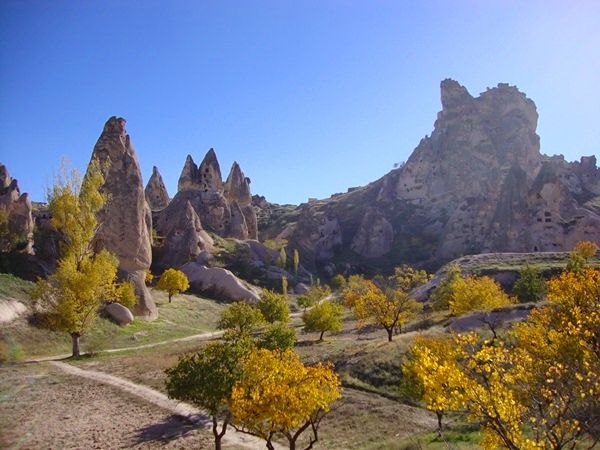 Day 14. Cappadocia. Our visits here will start from Uchisar village and Pigeons valley. Cappadocia was the dwelling place of the first Christians. Many Christians who had been chased away from Jerusalem and the neighbouring lands, migrated to Cappadocia for their safety. In Cappadocia they to dug caves and underground cities to protect themselves from pagans. In the 4th century as Christianity became an official religion throughout the Roman Empire they started to spread the religion by means of pictures they drew on the walls of their rock dug churches. We will visit an underground city which could accommodate thousands of families. We’ll continue to discover this amazing region – Kizilvadi, churches, monasteries and the Göreme Valley. Most of the rock dug churches with beautiful frescoes are located in the Göreme valley. Christian monks living here were able to produce good wine from vineyards in the valley. During your stay in this beautiful region we will invite you to whirling dervishes ceremonies, local art workshops, rock dug cabaret’s to dance and see Turkish folk dancing.

Day 15. Cappadocia. We will visit Avcilar village, the so called fairy chimneys which are strange looking rocks looking like chimneys or mushrooms. Then we will proceed to Red Valley to catch the sunset. We’ll transfer to the airport at Nevsehir or Kayseri according to the availability of your flights.