Turkey Road Map – Please Click On The Map To Enlarge 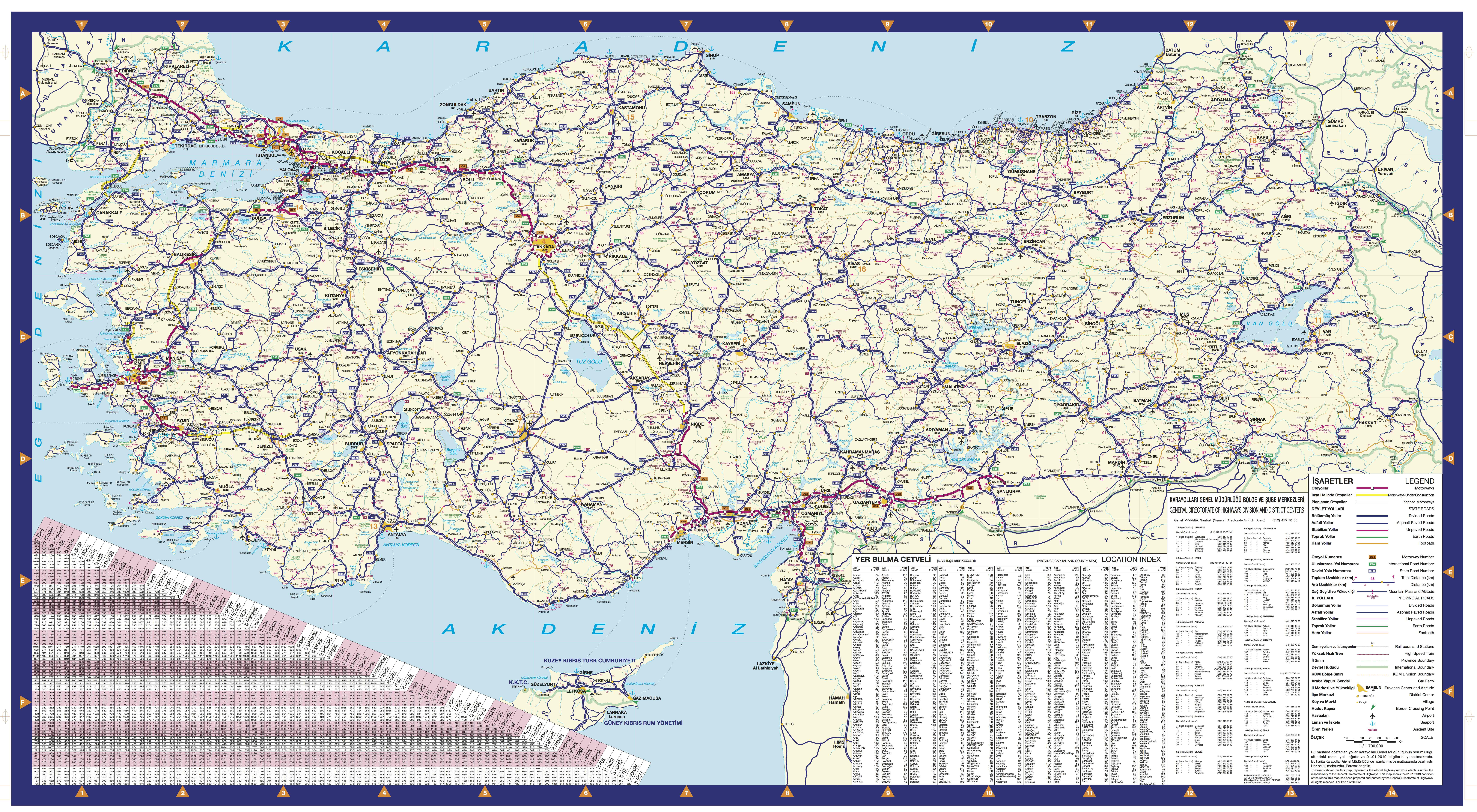 This 2019 map will show the distances between major and minor towns and the well known archaeological and cultural sites of Turkey. The distances between major towns can also be found using the distance chart on the left bottom side of the map. All regions are included. Map legend will give you detailed description of the indicated places. The explanations are both in Turkish and English. It shows different kinds of roads including motorways, motorways under construction, planned motorways, state roads, divided roads, asphalt paved roads, unpaved roads, earth roads and footpaths. Motorway numbers, International Road Numbers, State Road Numbers, Total Distance and distances are indicated in kilometres. Mountain passes and altitudes, provincial roads, railroad and stations, high speed trains, provincial and international boundaries, KGM (Karayolları Genel Müdürlüğü – General Directory Of Highways) division boundaries, car ferries are indicated. Province centres with their altitudes, district centres, villages, border crossing points, airports, seaports, ancient sites are also indicated. The scale of the map is 1 / 1 700 000. The roads shown on the map represent the official highway network which is under the responsibility of General Directory of Highways. This map shows the state of the roads as of January 1st, 2019. This map has been prepared and printed by the general directorate of highways for free distribution.