It was surreal to look up the regular dirty industrial street of car mechanic shops in Bergama and see the stunning gleaming white marble columns at the top of the steep hill further away. I wondered what went through the minds of those hard working men when they glanced up from their oily machinery and saw that sight every single day… It is equally awe-inspiring to see that beautiful masterpiece of Pergamon acropolis looming in the distance while approaching the modern town for our weekly market trip. 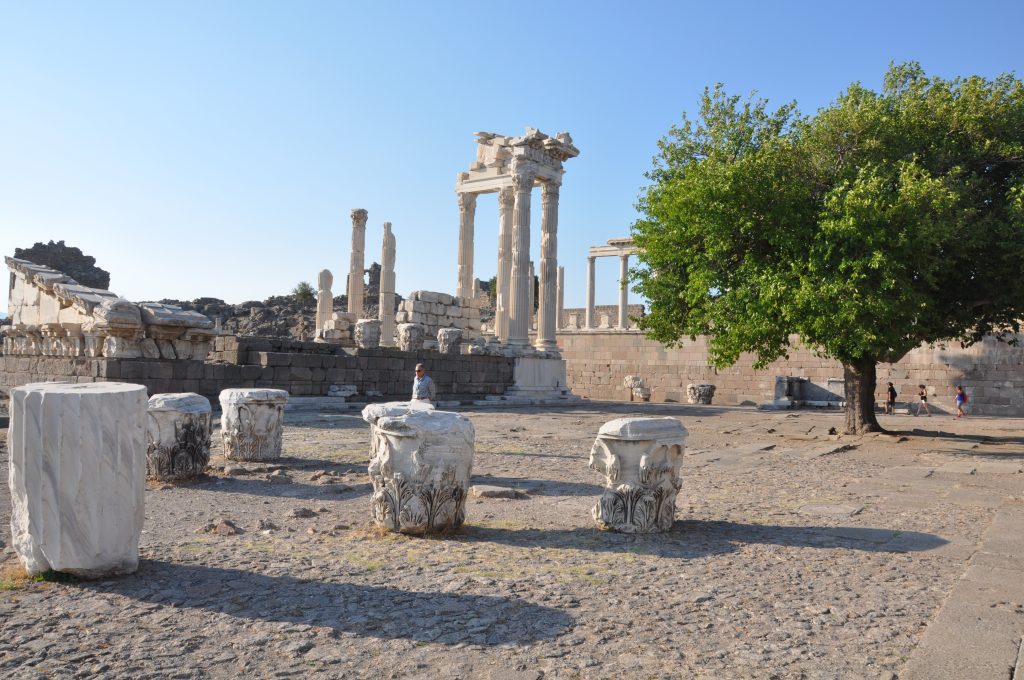 An influential cultural centre during Hellenistic period, and a UNESCO World Heritage site now, its ruins are impressive to this day. One of the most famous parts of the acropolis is Altar of Zeus, of which little remains on its original site today. Late 19th century excavations under German instructions resulted in the most of the altar pieces being taken to Germany. Nowadays the reconstructed altar can be seen in Pergamon Museum in Berlin. 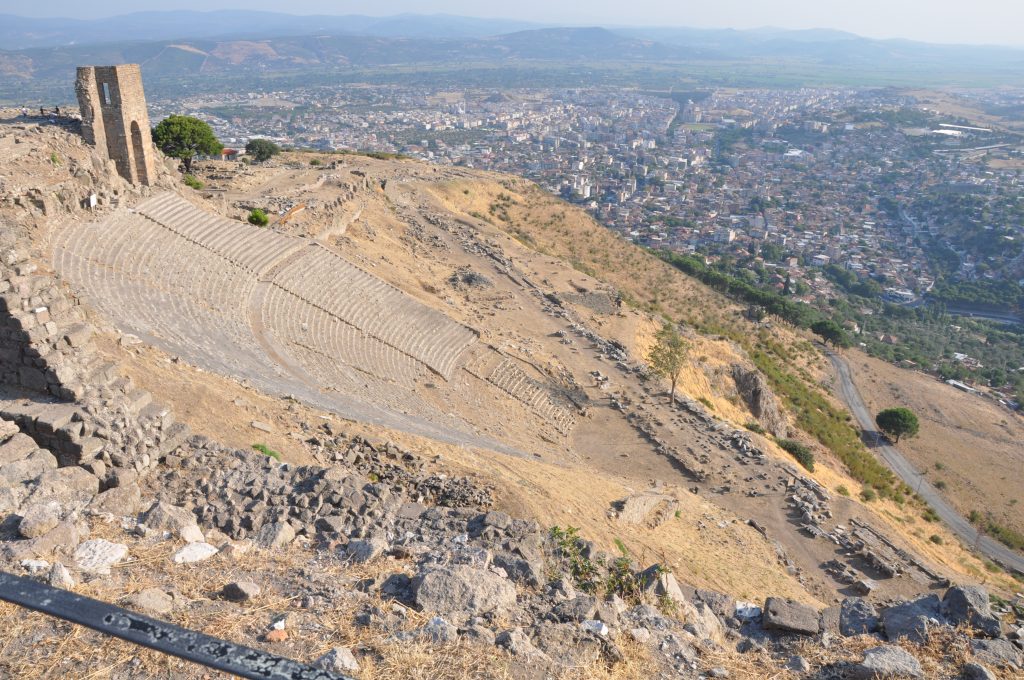 Theatre of Pergamon and city of Bergama down below

There is so much to see there, but my favourite is the amphitheatre, built for 10 000 spectators, and said to be one of the steepest in the world. Indeed, when standing on one of its steps you can almost feel like all you have to do is to spread your wings and off you go, gliding above and beyond the white marble city towards the green hills in the distance. It is very likely that it was built that way so that in case of a boring play down below, the spectators could admire the more spectacular panoramic views instead.

Walking around this serene place of ancient artistic splendour and looking down to the modern hustling and bustling city is a humbling experience. The world may have evolved in terms of technology, but in terms of beauty…? 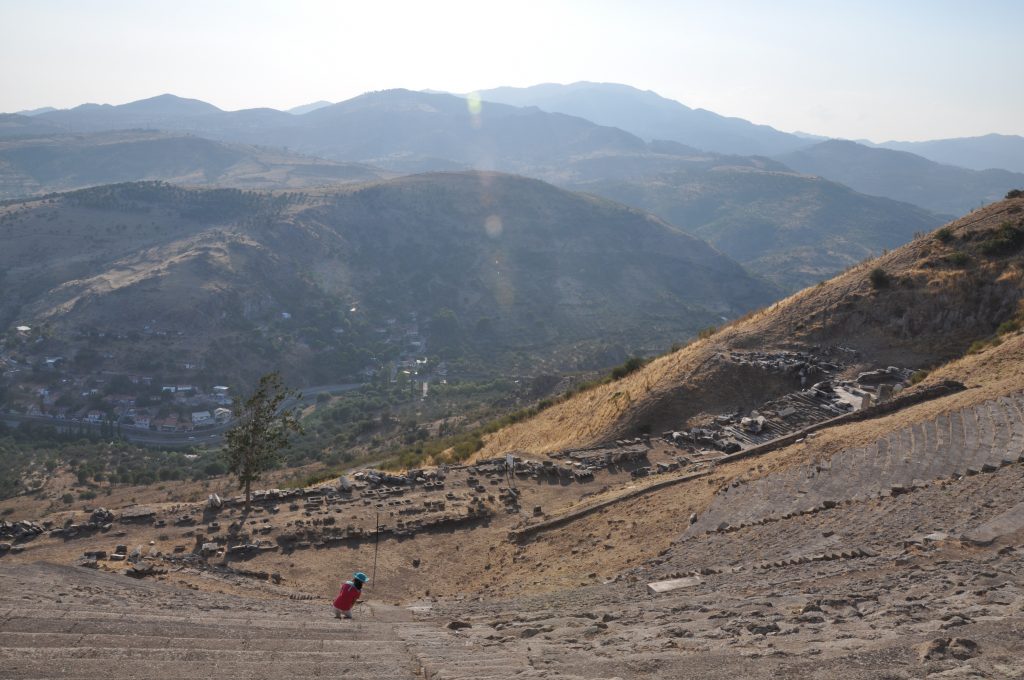 View from the steps of theatre of Pergamon 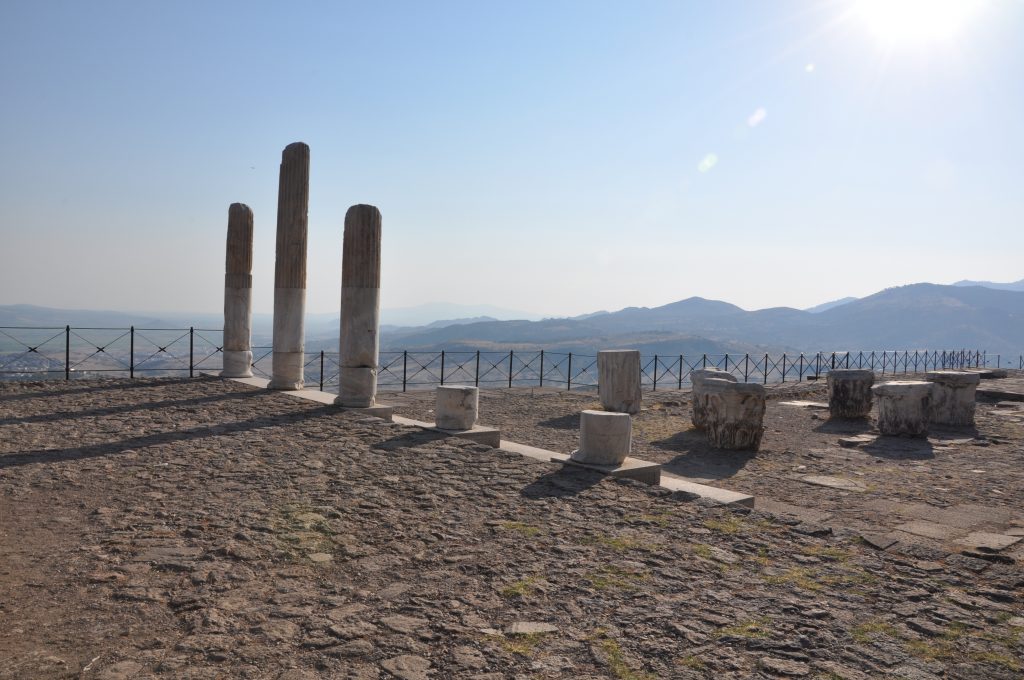