Turkey is a very diverse country in many ways. Just by travelling from one part of the country to another takes you through quite different landscapes. A road trip is a wonderful way of seeing this country. We hit the road early April, travelling from Ankara in Central Anatolia to Aegean coast near Izmir, and drove over 700 km in one day. 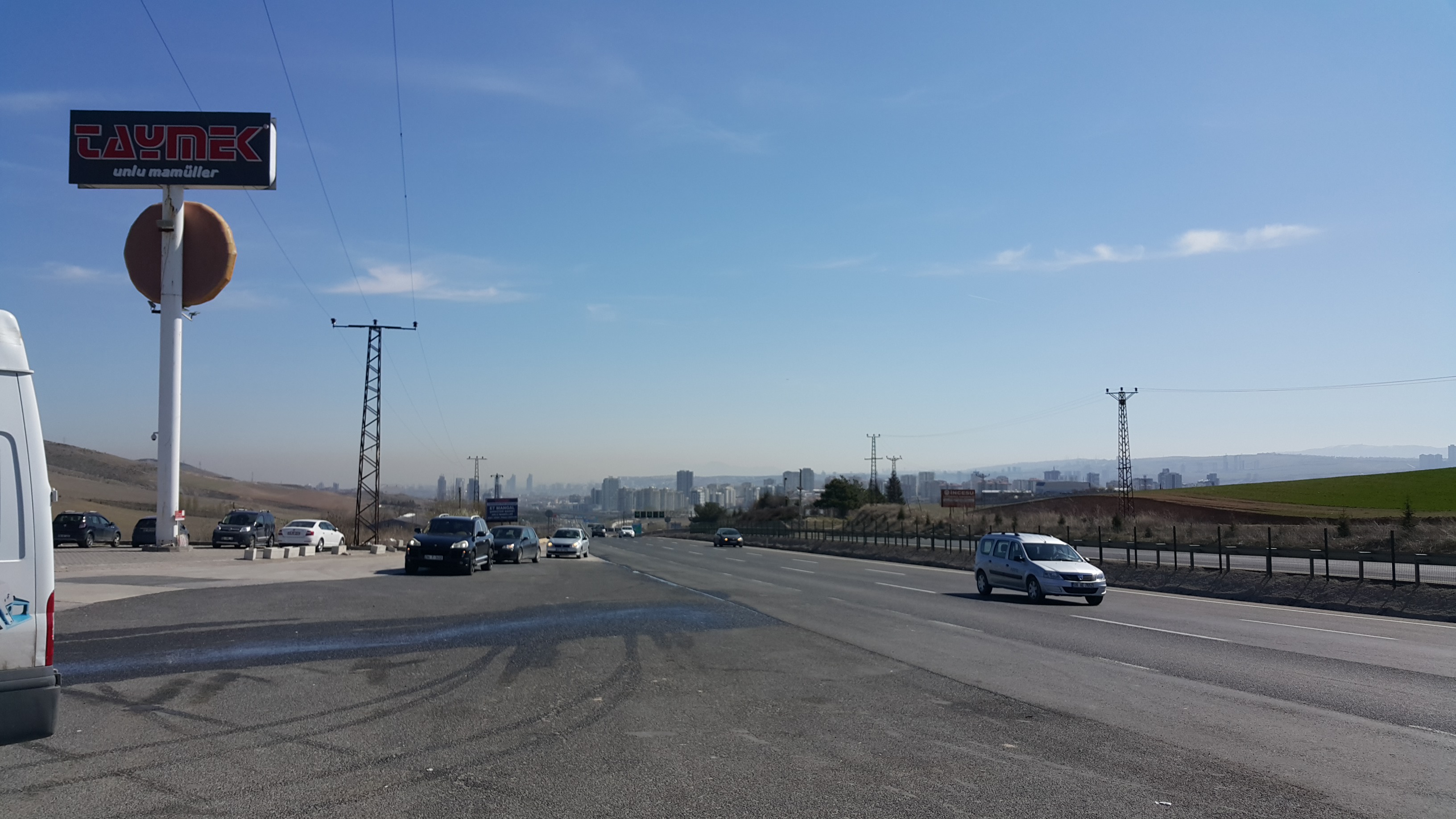 Bye bye Ankara, we are leaving the capital city of Turkey behind us in the sunny spring morning. 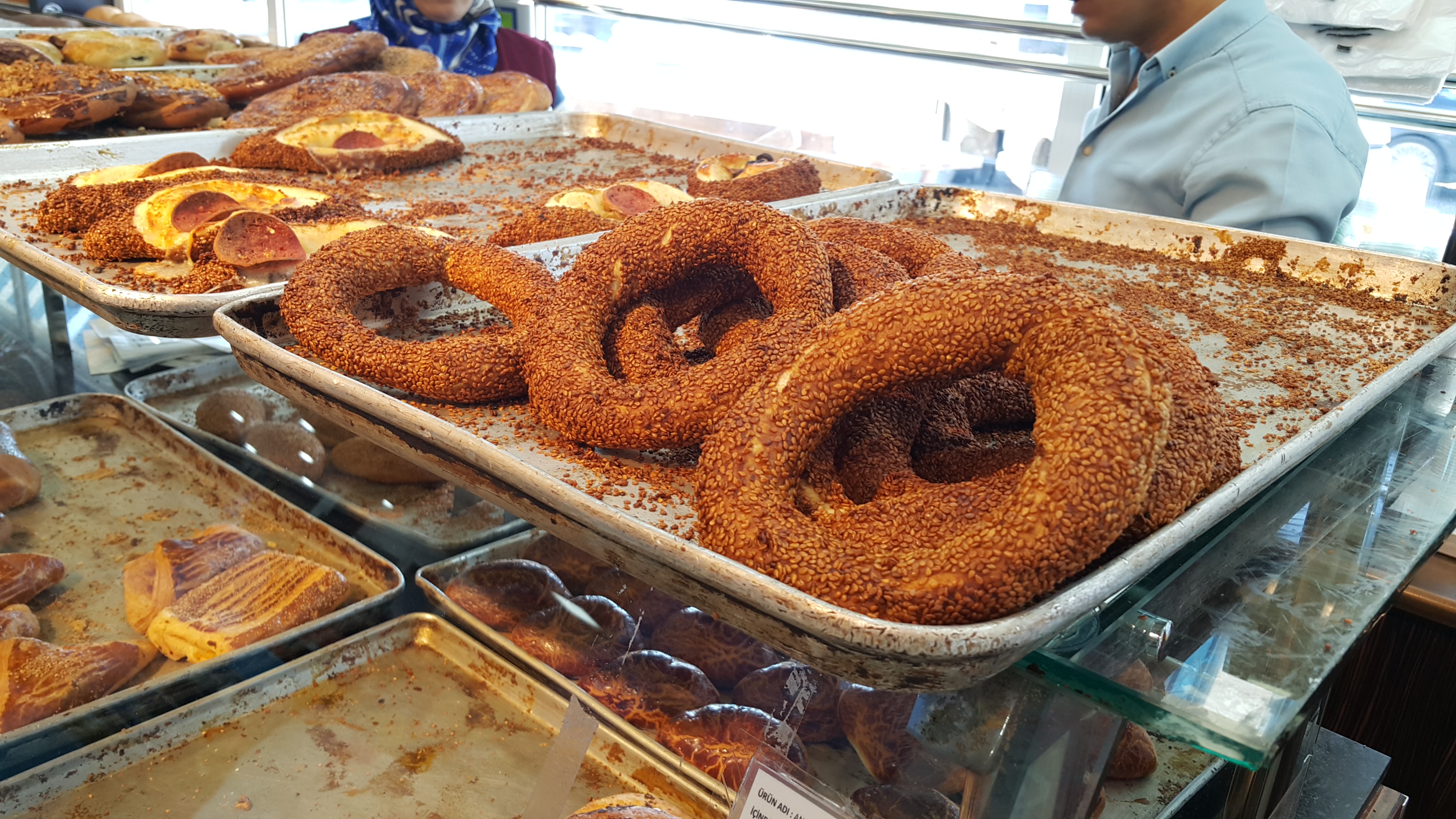 We are stopping at the roadside cafe and bying some simit for the road. It is  a bretzel-like round bread, covered with sesame seeds, typically sold at the streets by ‘simit-man’ from his little cart. Very tasty! 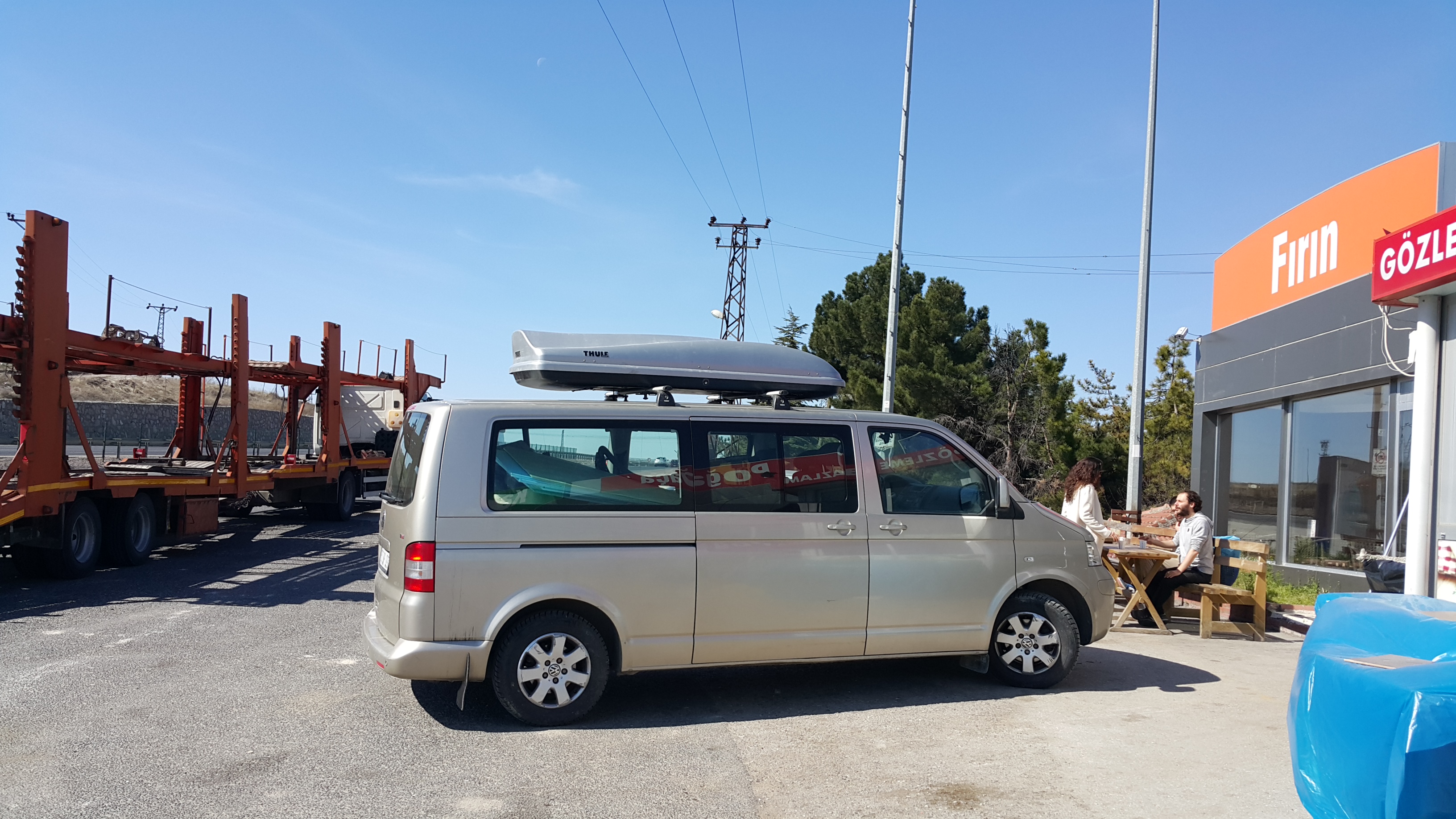 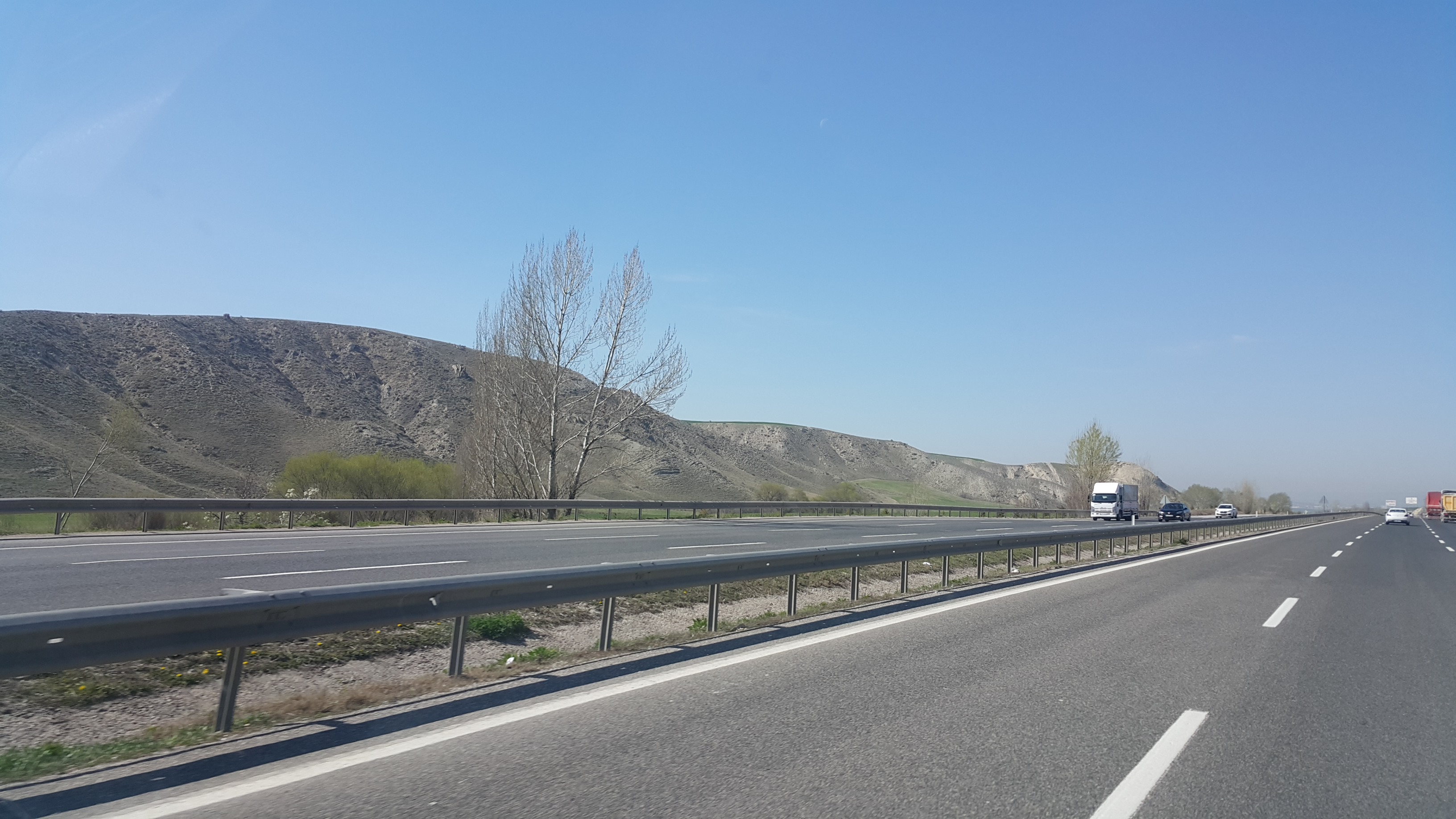 Road from Ankara to Izmir

A smooth start on the road from Ankara towards Izmir. 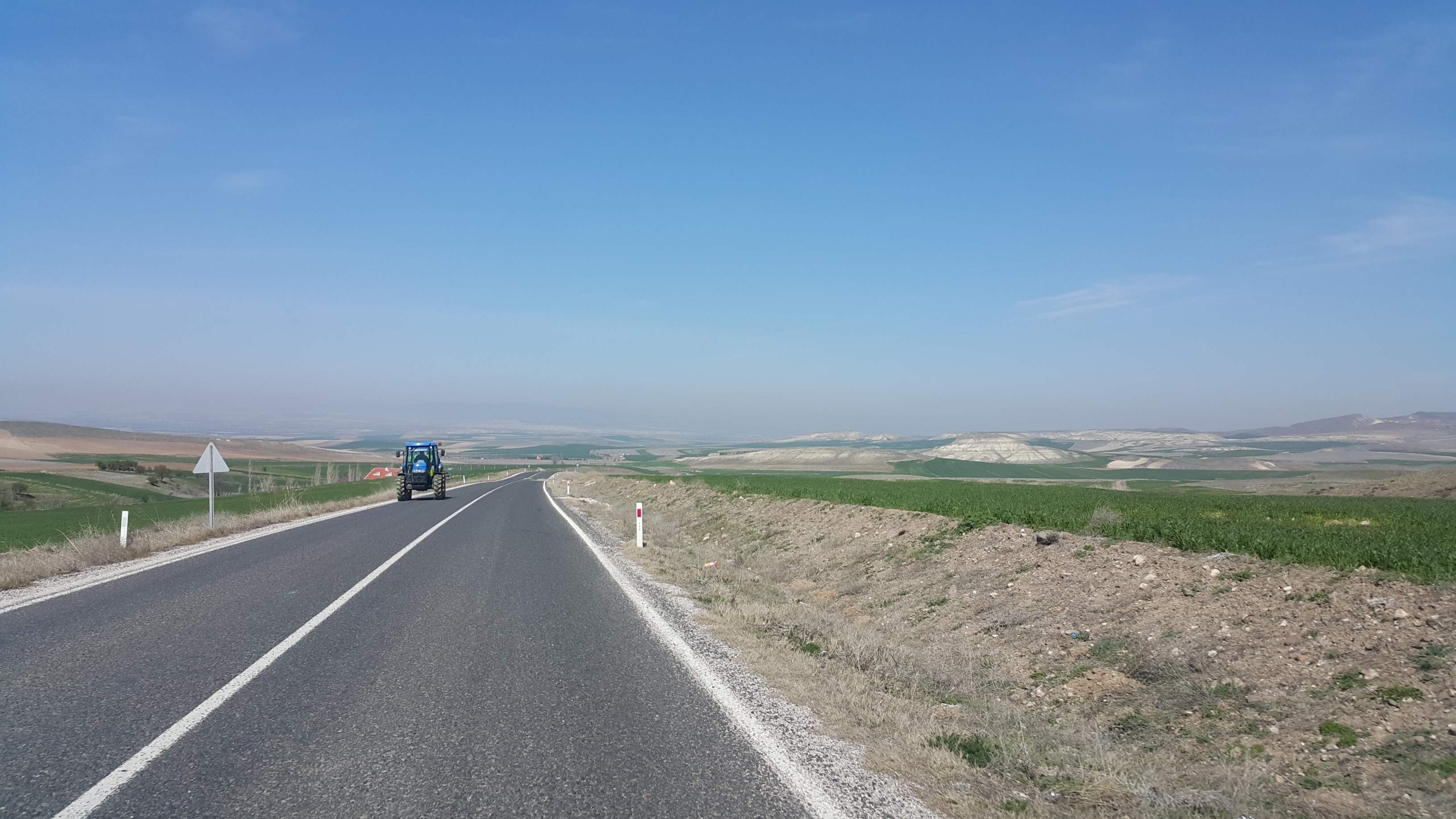 We got off the motorway and decided to make a stop at the site of Gordion. You know the famous story about the Gordion knot? It all happened here. Nowadays it is but a quiet farming village. 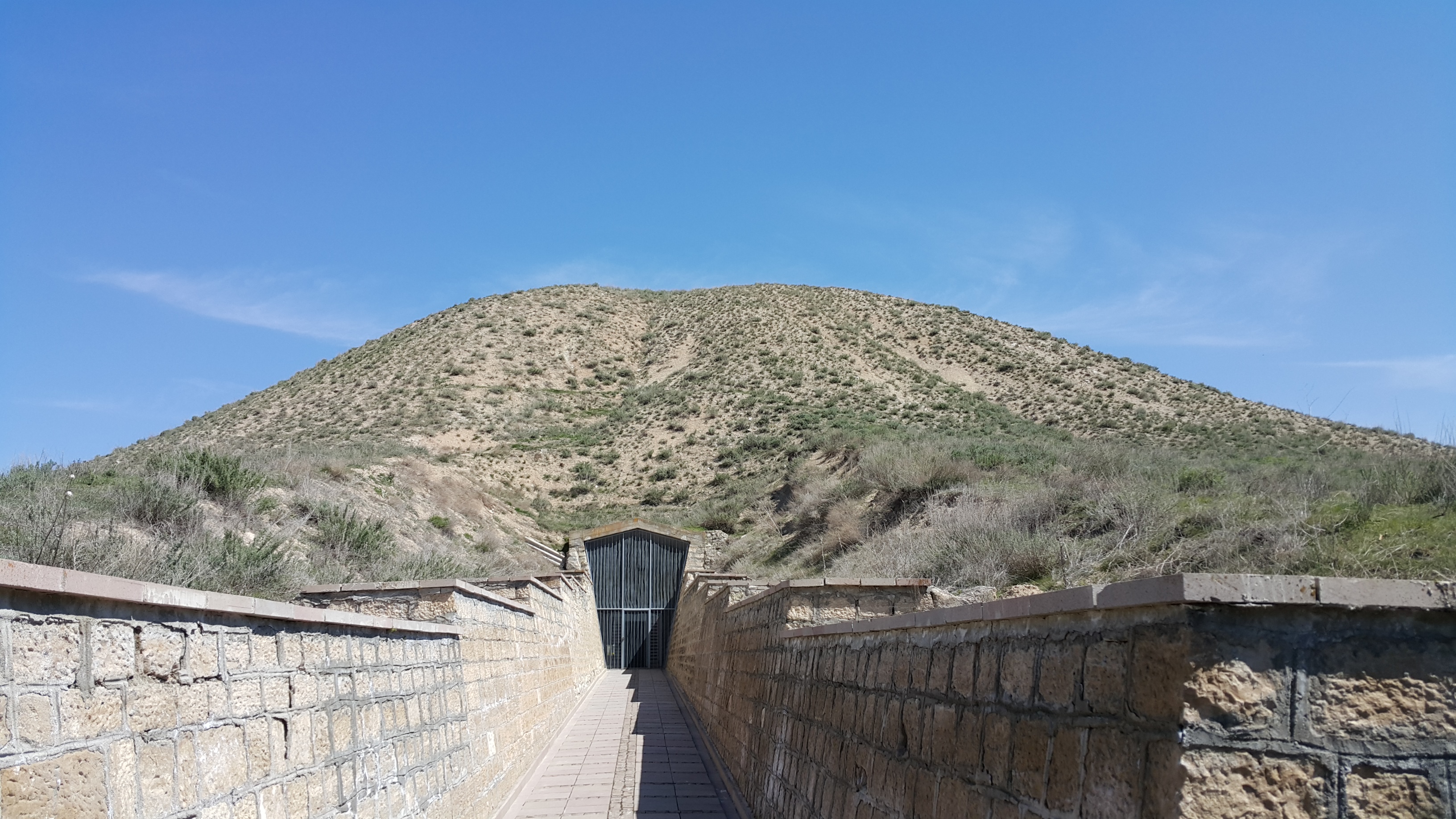 This area is known for another well-known ancient king Midas. We stopped off at the burial place, originally thought to be created for Midas. Later, however, according to new discoveries, it is believed to belong to Gordias, the king who gave name to city of Gordion. Tumulus is a man-made slightly pyramid-shaped Earth covered burial place for ancient dignitaries. King Midas also lived in that city, and is probably best-known for the legend of Midas’ Touch. 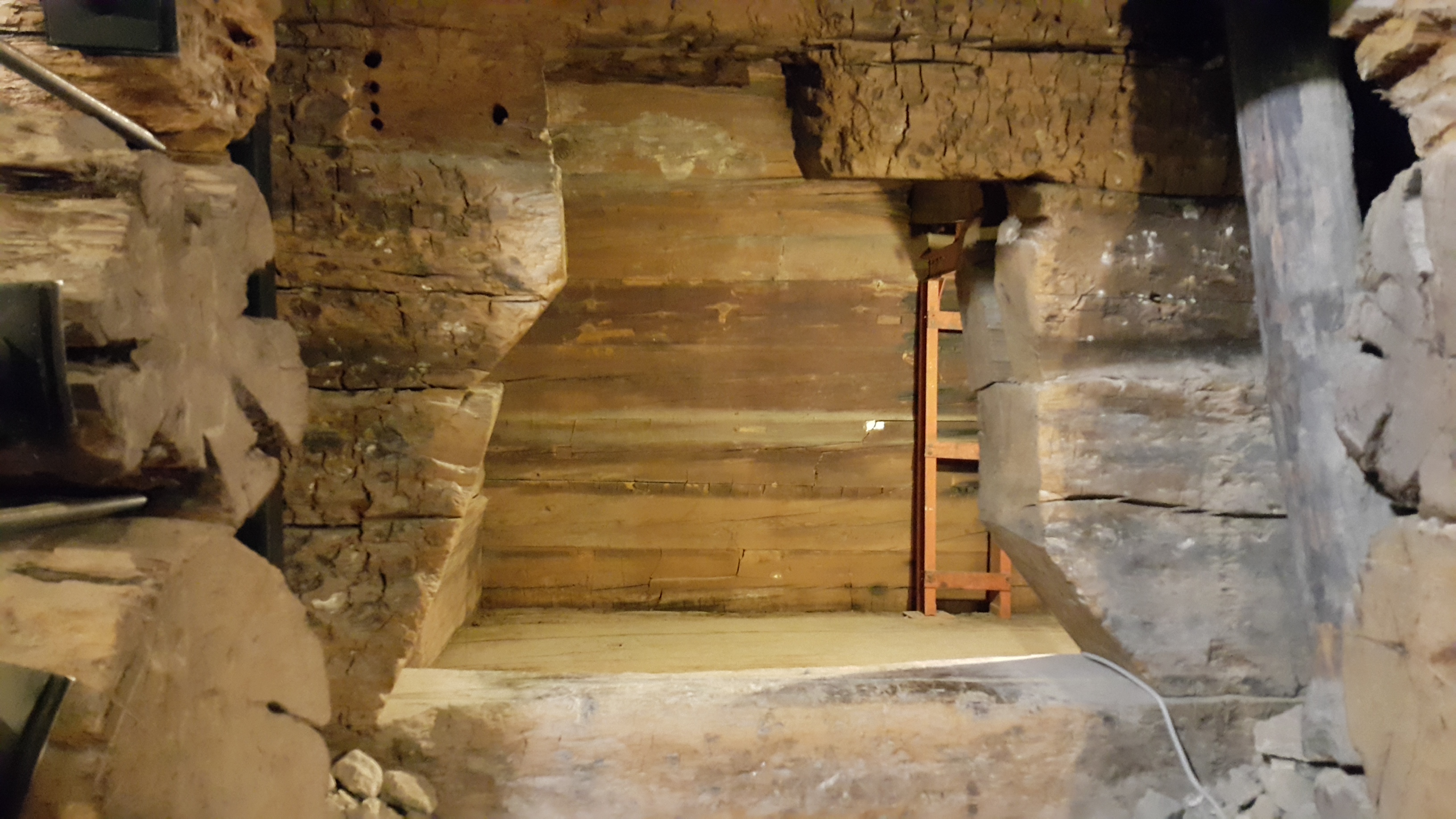 The body of the king was buried deep inside the tumulus. The burial chamber was made of three different types of wood – juniper, cedar and pine. He was buried with all that was deemed to be necessary for the afterlife. 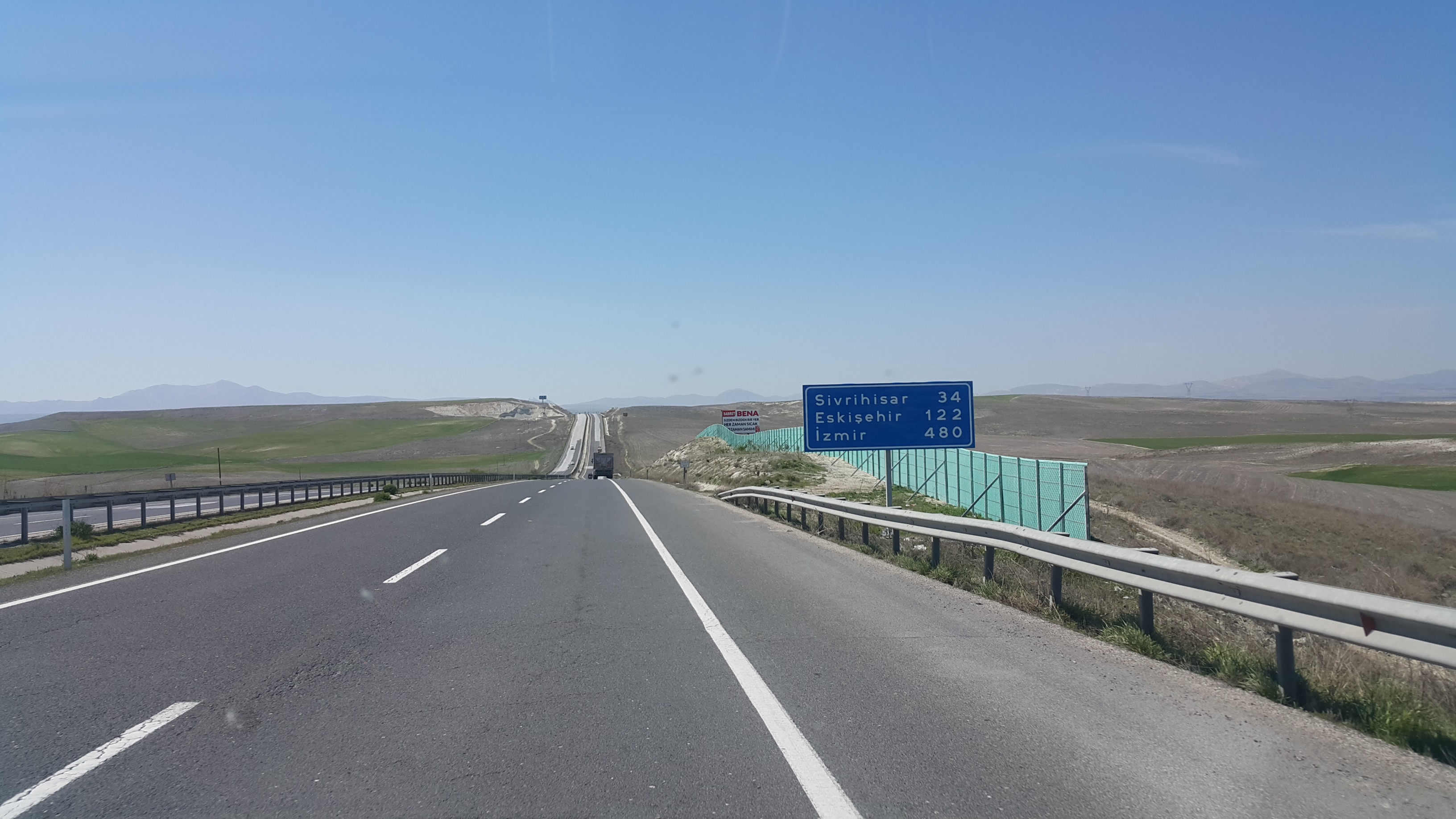 After the stop at Gordion site we are continuing our trip towards Izmir, another 480 km to drive. 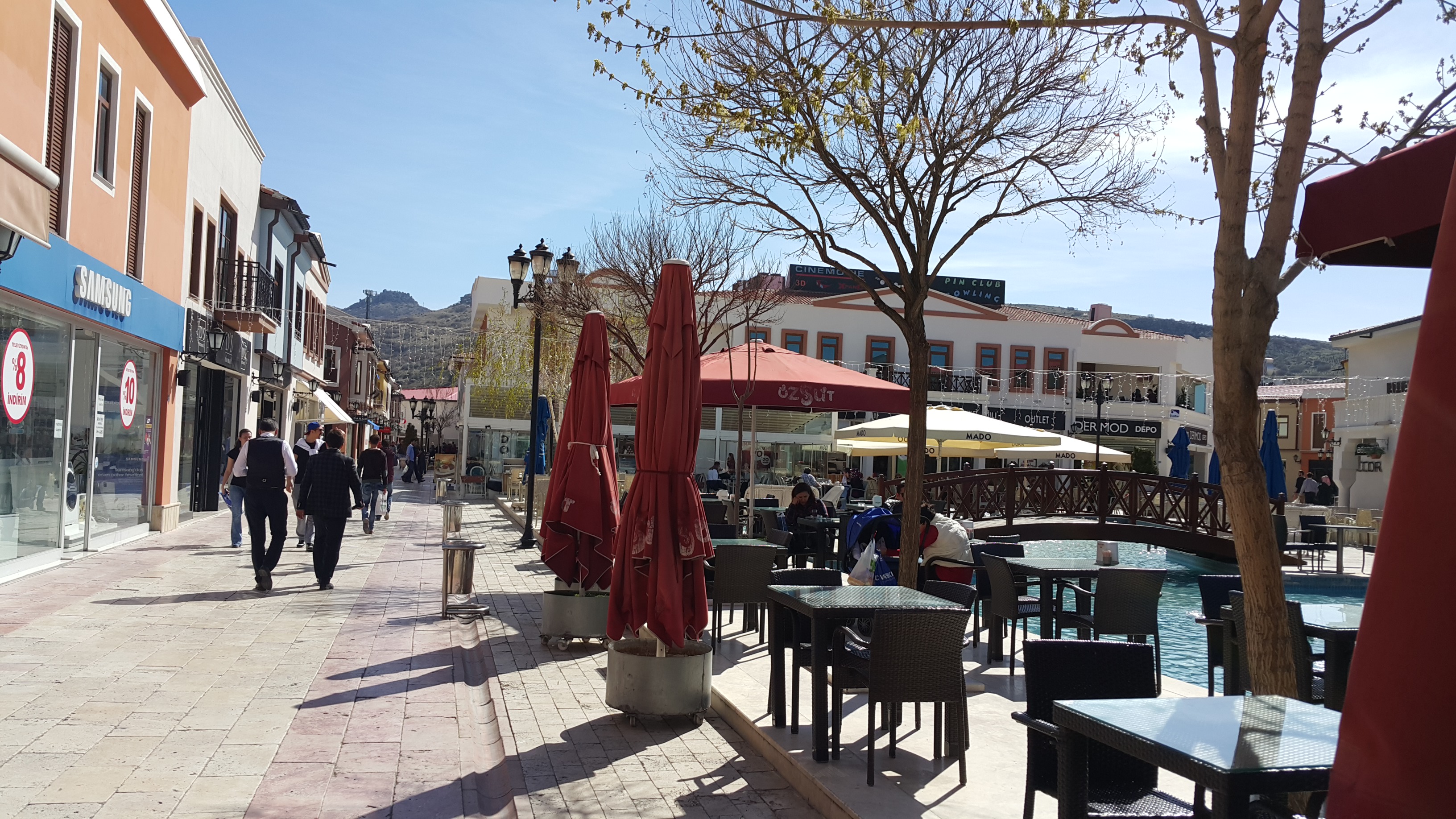 Time for lunch. We stopped at the town called Afyon, which means Opium. Nice pedestrianised small streets with plenty of good restaurants and shops. 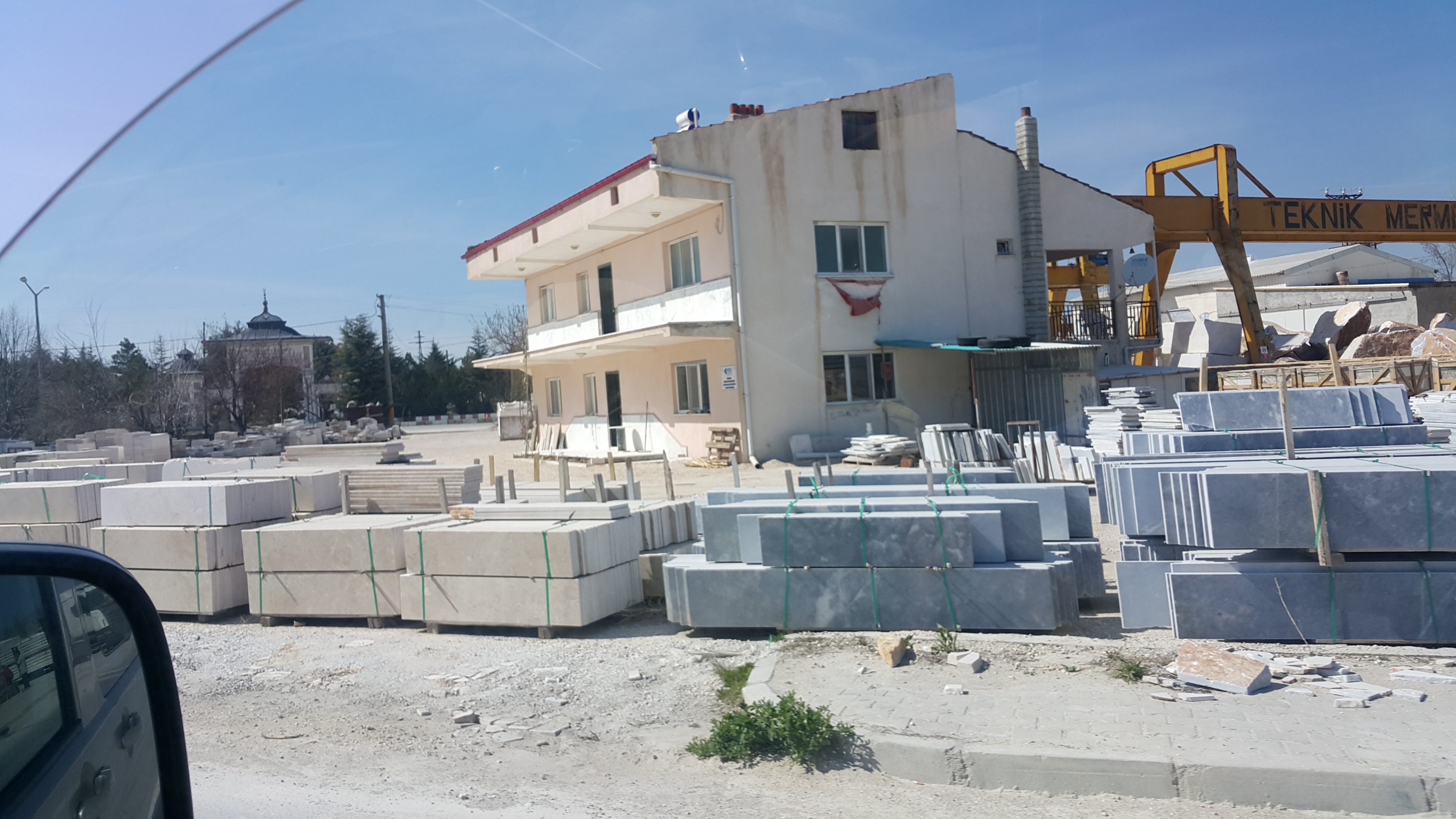 After a good lunch and walkabout to stretch our legs, we continued the journey. On the way we passed by lots of marble factories, being the area known for marble mining grounds. 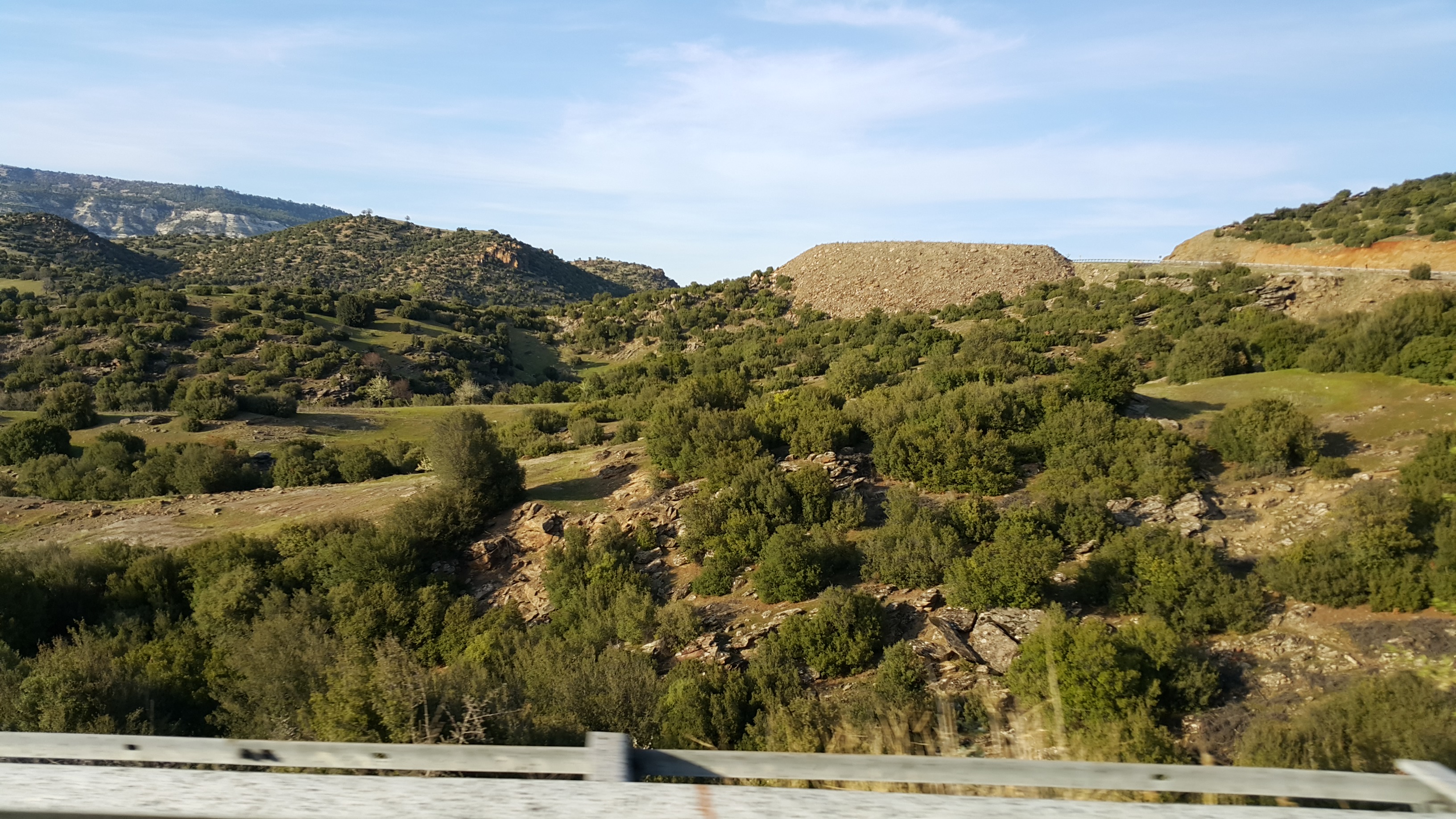 In the afternoon we are beginning to reach hillier and greener landscape. Driving on twisted mountainside roads. 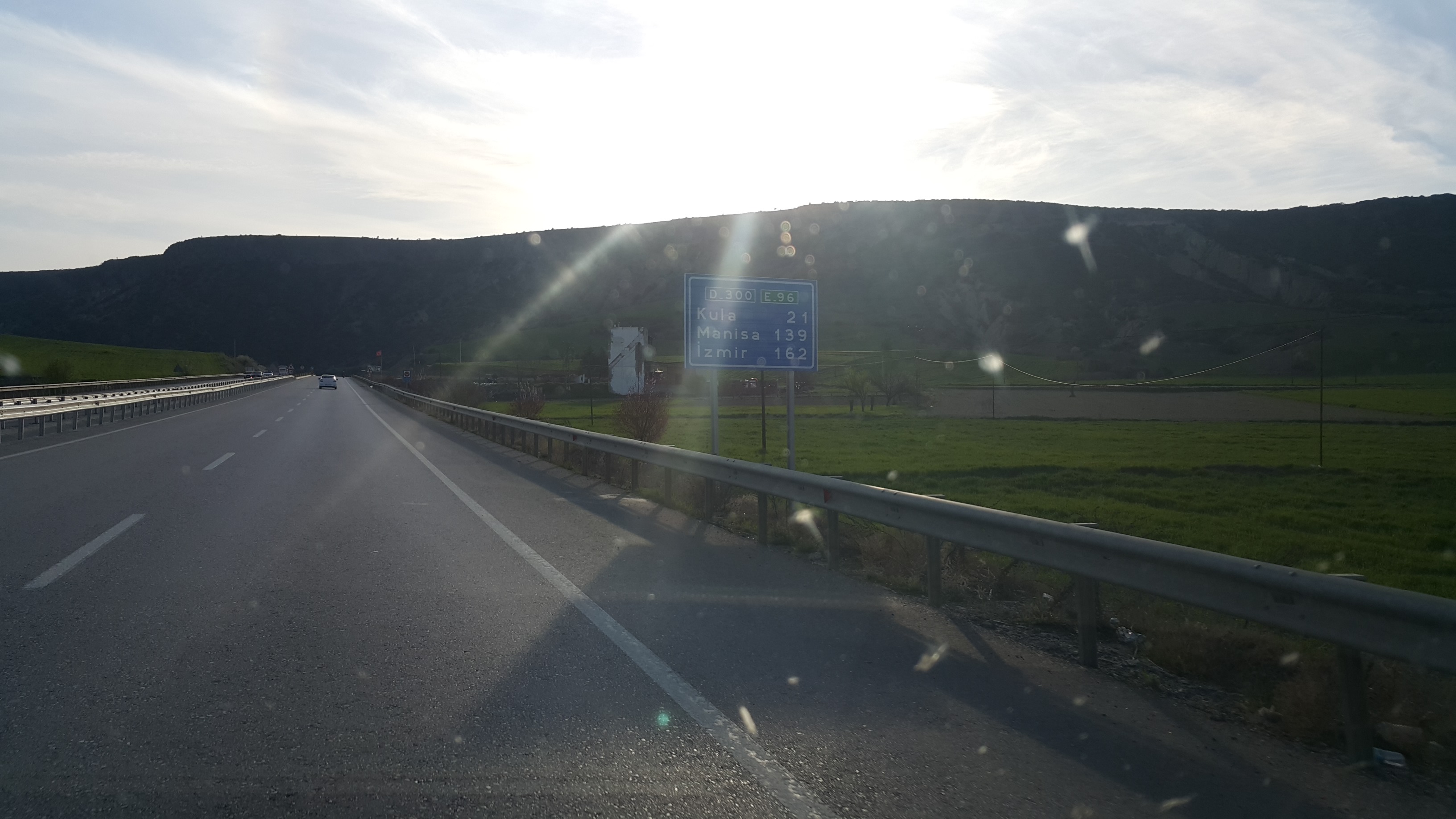 Izmir is just over 160 km away now. After another hour of driving we will reach Sardis – an ancient capital city of Lydian empire. 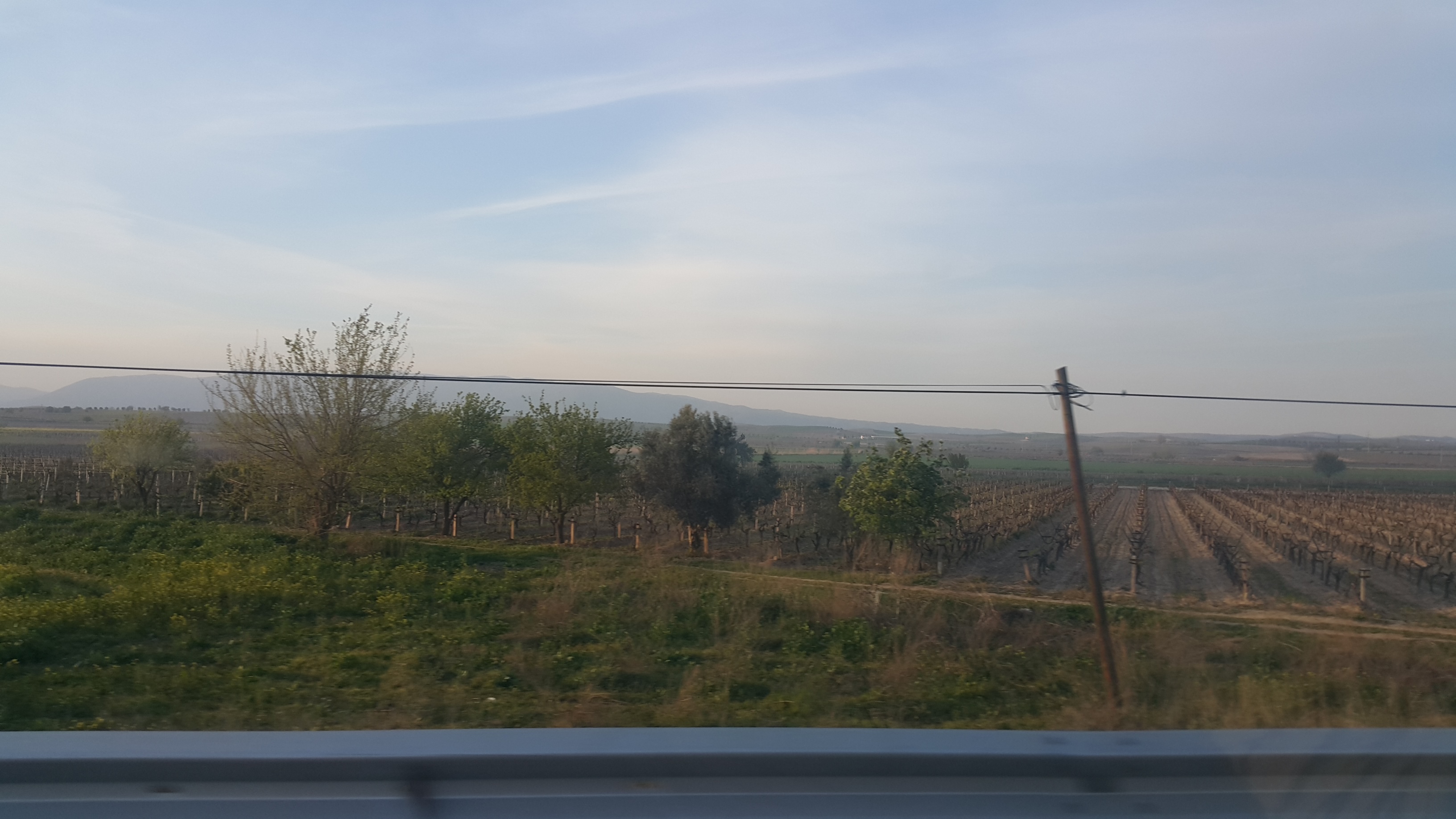 Sun is getting lower and vineyards are greeting us on the roadside. 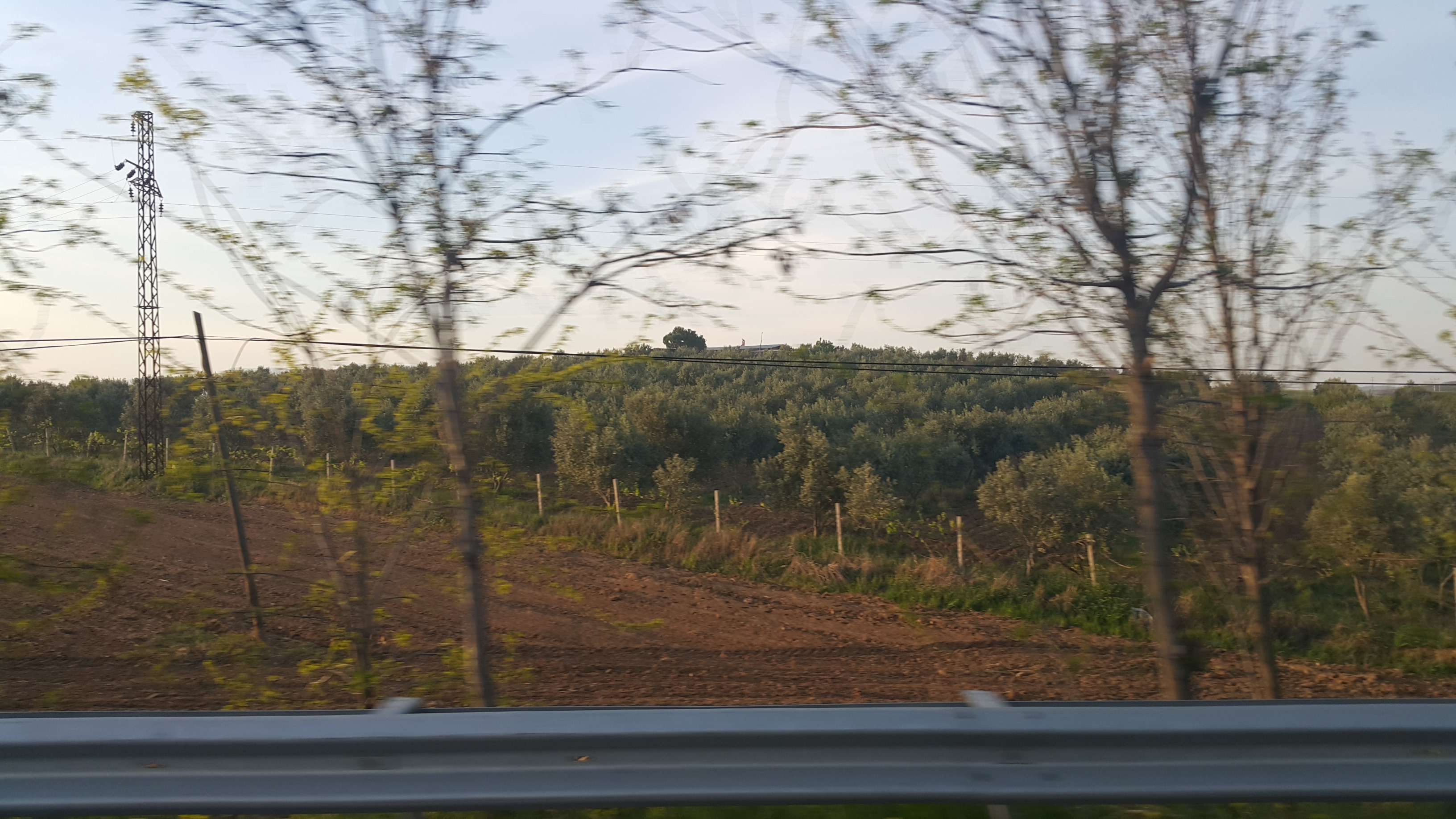 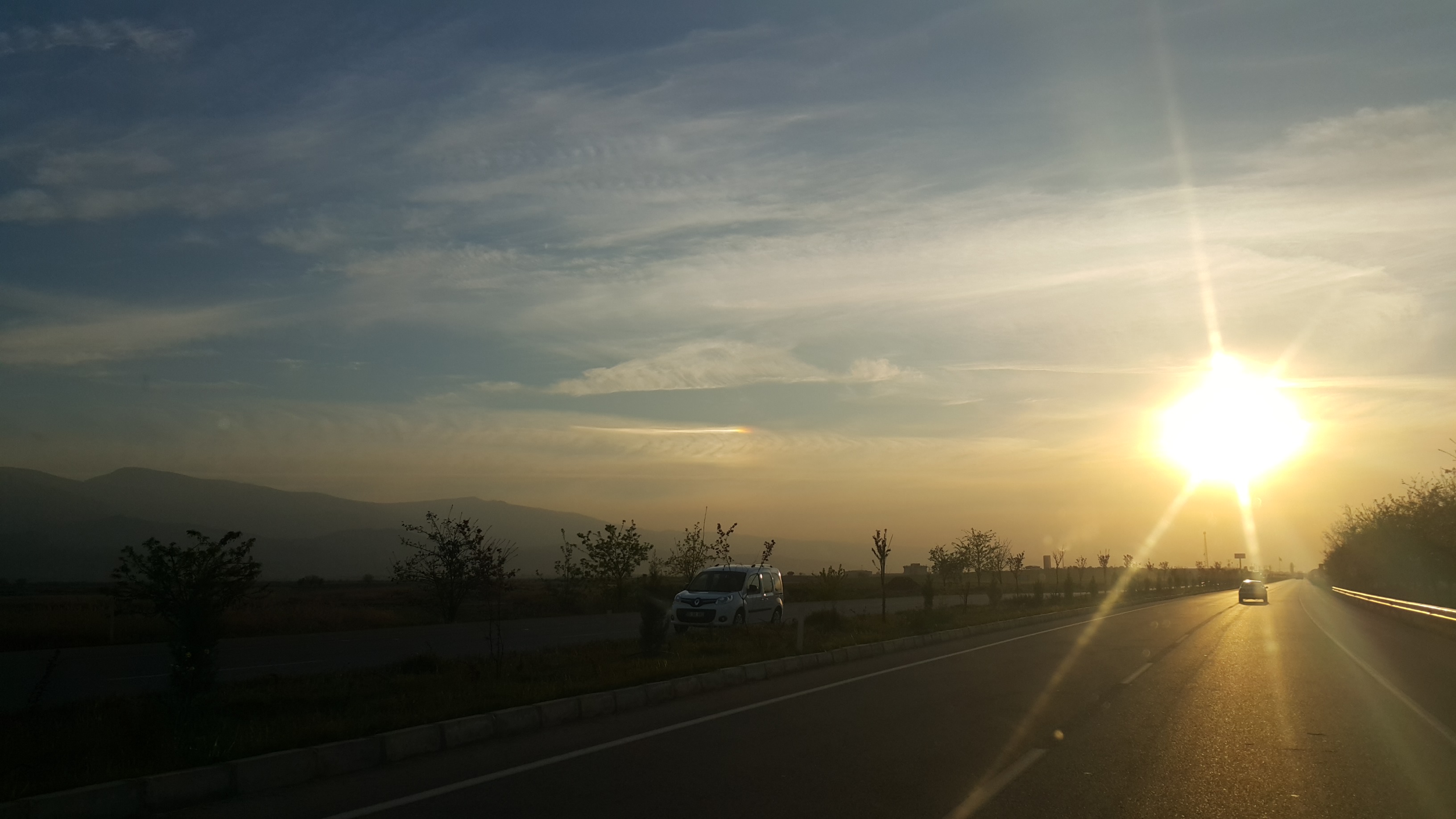 Well, sun is about to set shortly and we are almost there now… We started in the morning from Ankara and reached the Western coastal areas by the evening. We still had some driving to do in the dark though.

If you set off in the morning and stop at some nice places on the way, it is a very enjoyable way of seeing Turkey, while covering long distances. We certainly had a great time 🙂