Just off the coast of Istanbul, at Marmara sea, lie nine islands. Four bigger, and five smaller ones, called Princes’ Islands. In Byzantine times, princes and other royal members were exiled to these islands – hence the name. In Ottoman era that tradition continued by exiling sultans’ families there. Later the wealthier Istanbulites began favouring the islands for the summer holidays, and the streets are lined with their beautiful old wooden villas to this day. Nowadays, the islands continue to be popular among locals as a getaway from the city hustle and bustle. The only noise you can hear comes from the pretty and colourful horse carriages, taking the day trippers and holiday makers for tours, as the cars are not allowed on the islands.

Horse carriages waiting in front of a villa at Büyükada

We visited two biggest ones – Büyükada and Heybeliada. Embarking on a ferry, at one of the ferry stations along the coastline of Istanbul, it took us about half an hour to cruise the beautiful Marmara sea to reach the islands. 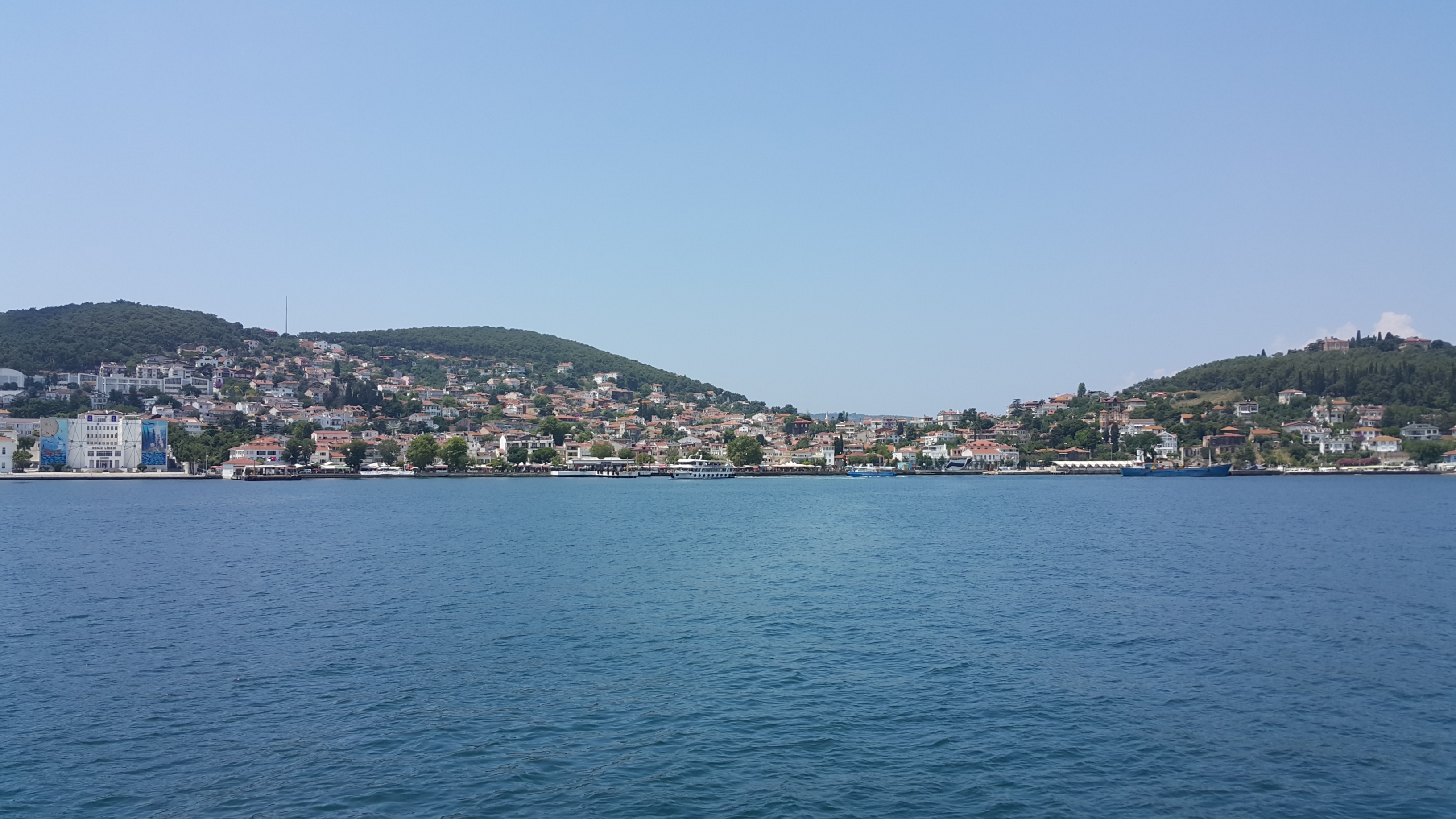 On the first day we visited Heybeliada, the second largest of the Princes’ Islands, Heybeliada meaning ‘Saddlebag Island’. We decided to take a walk and find a quiet beach where we could swim. A friendly restaurant owner pointed us in the direction of some beaches and off we went. The charming streets, full of old villas in various conditions with overgrown lush back gardens were soon replaced by a quiet pathway, lined with pine trees. 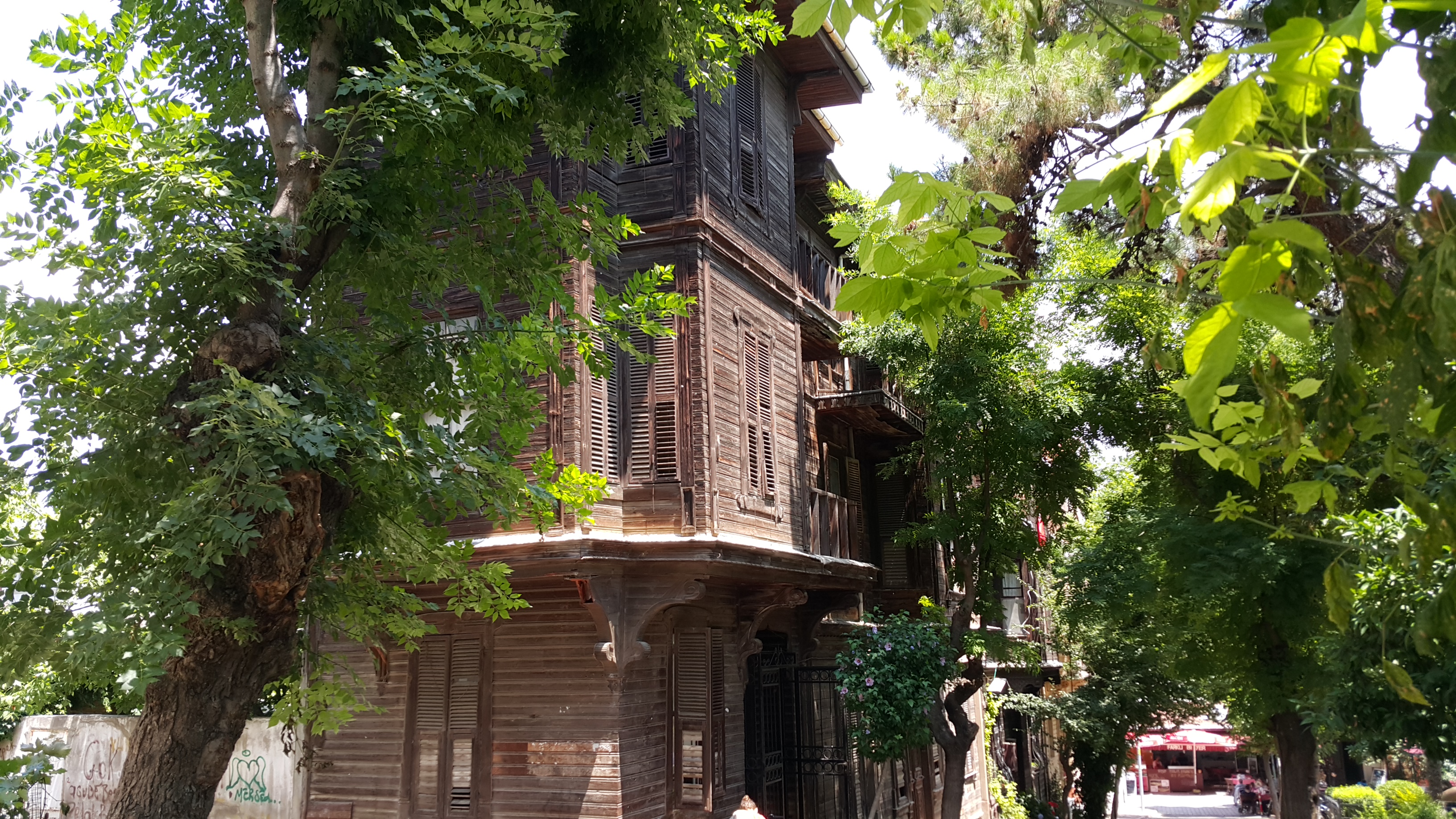 One of the old villas at Heybeliada

We passed the Naval Cadet School and the Greek Orthodox Monastery on our way. As we were following the coastal path, we frequently got tempted to get off the path by visions of small turquoise blue bays. Alas, it happened to be the weekend and the national holiday, so this time the deserted bays were hard to come by. They were not exactly crowded, but the ‘proprietors’ of the sandy coves had put up some sunbeds and expected to be paid a hefty fee for the use of the beach on this busy holiday time. We balked at the cost, and so satisfied ourselves with a lovely walk, and a lunch at one of the numerous seaside restaurants. 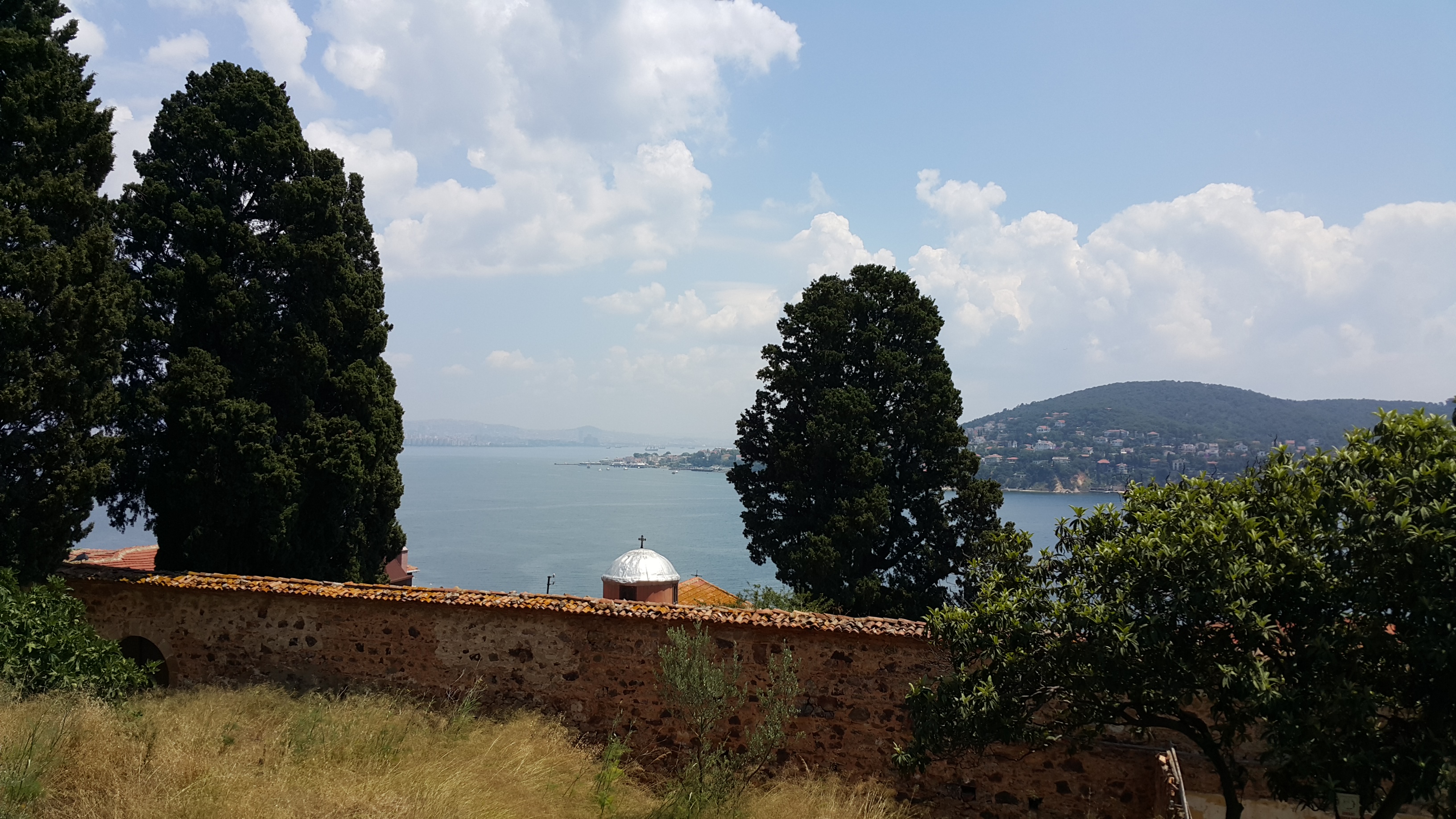 A walk along the coast of Heybeliada

The next day we took the ferry to Büyükada, The Big Island, the biggest of the islands as the name suggests. Several Byzantine empresses were exiled here, and Leon Trotsky lived on the island for four years after the deportation from Soviet Union. There are signs of Greek Orthodox faith on this island too, interesting churches and a monastery. I loved the old Turkish villas and their beautiful gardens, which seemed to be very well tended. This time we took a horse carriage to the kids’ delight. We also enjoyed strolling along the charming streets and eating delicious ice cream. Despite being a summer weekend and a holiday, the island was relaxing and the sea breeze was a welcome respite from the summer heat.

Oleanders line the streets of Büyükada