I am a multilingual archaeologist, tour guide and driver.

My Attributes: I speak fluent Turkish, English, French, Italian, Japanese and I can communicate in Russian, Chinese (Mandarin) and German. I can conduct tours in every region of Turkey. I have worked as a tour guide for tour operators such as Kuoni, Cox & Kings, Marmara, I Viaggi Del Ventaglio, Deren Koray Travel and have traveled extensively with American, European, Canadian, Japanese and Chinese groups conducting tours in their own languages. I have an E-class driver’s license for driving passenger vehicles in Turkey and New Zealand with unblemished driving records. I consider safe driving is one of the most important aspects of my work.

My Education: I studied Archaeology and Philology at the University of Ankara, I also studied at Iowa State University; Iowa City, Iowa, (USA), and at Omsk State Pedagogical University; Omsk, (Russia)

My Experience: I started to conduct tours in 1983 and have performed over 500 tours, traveled over 850,000 km, I worked for more than 20 travel agencies, conducted archaeological and cultural tours. I  have also conducted tours in Europe, New Zealand, former Soviet countries and North America. 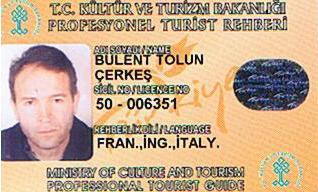 Organizations: I was an active member and supporter of Greenpeace in Turkey. I worked with their translation team and acted as an interpreter during some of their projects in Turkey. Nowadays I am a supporter of WWF.

Personal info: I am a vegan but sometimes in summer while traveling I keep a fruitarian diet, consisting of eating only fruits and nuts from the trees. I was born in Istanbul and grew up in Ankara. While in Turkey I sometimes live in Cappadocia region, located in central Anatolia. In my free time I do body building, take walks in the valleys and plant fruit trees or work for the maintenance of my old 7-room Cappadocian cave house consisting of both caves and regular rooms. 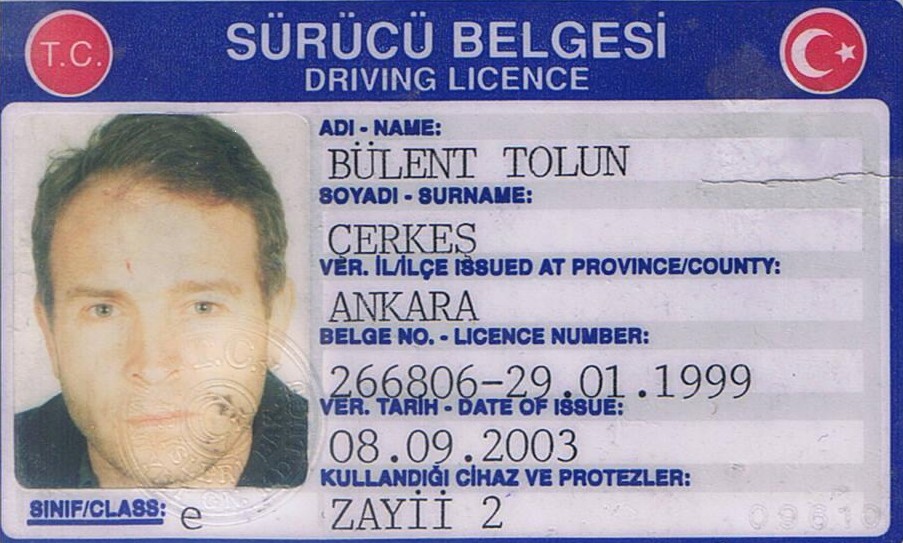 If you decide to travel with me, I will pay attention to every detail, and will make certain you receive the best value for your time and money. 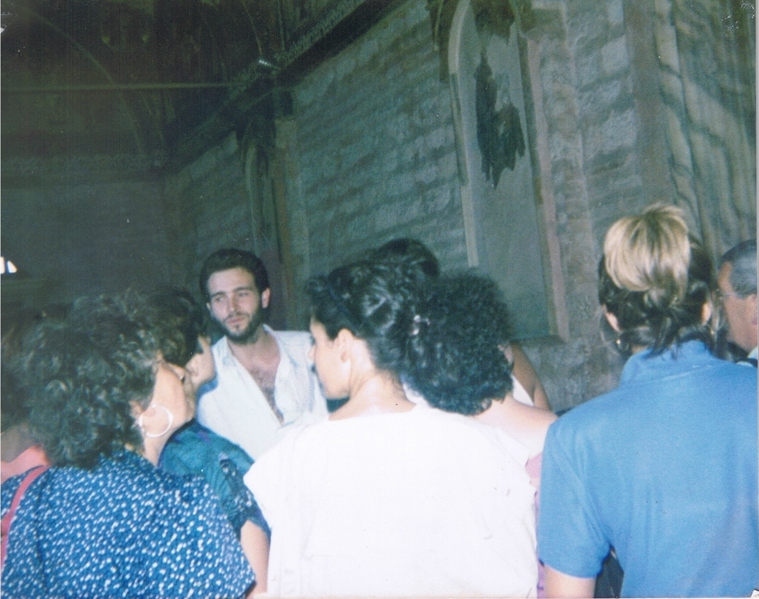 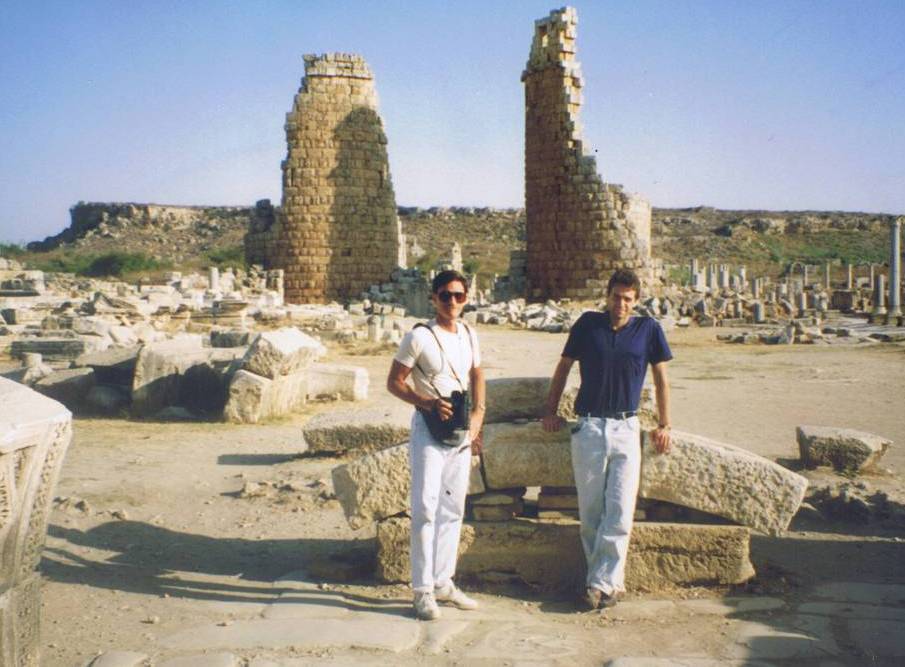 In Perge on Private tour with Americans 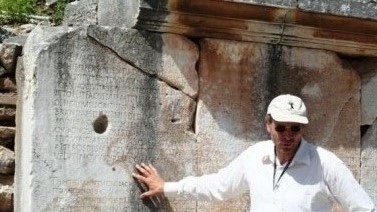 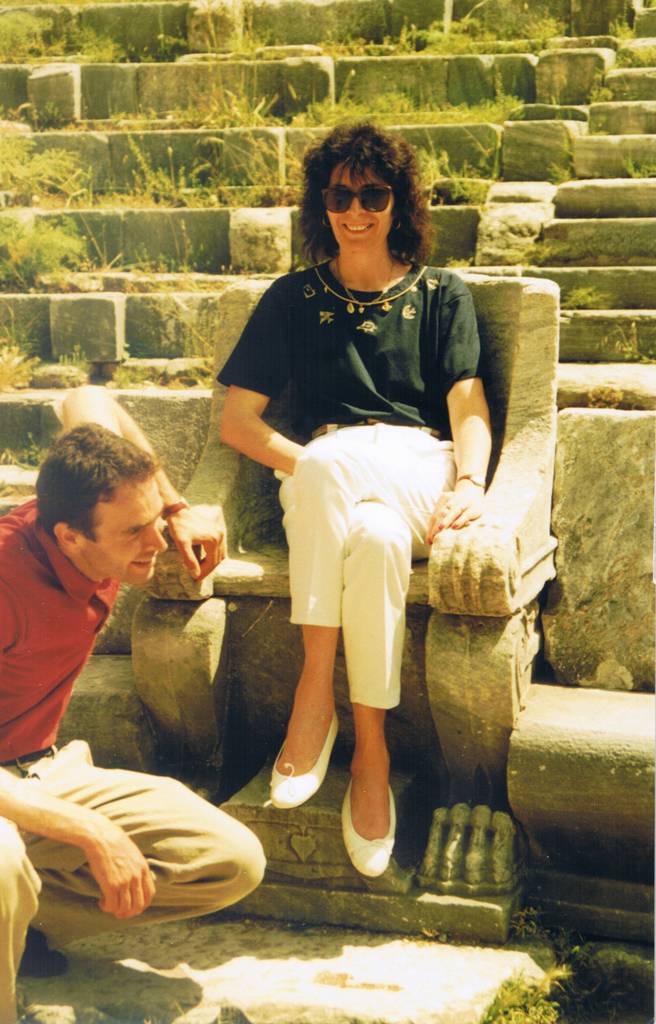 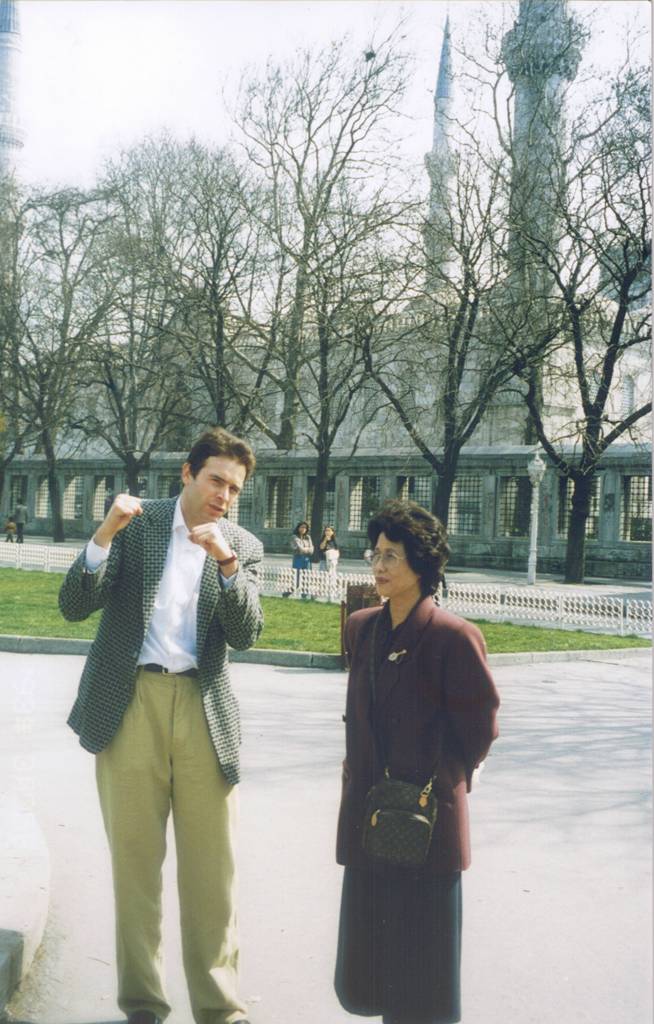 Explaining the events of the ancient hippodrome, in Istanbul 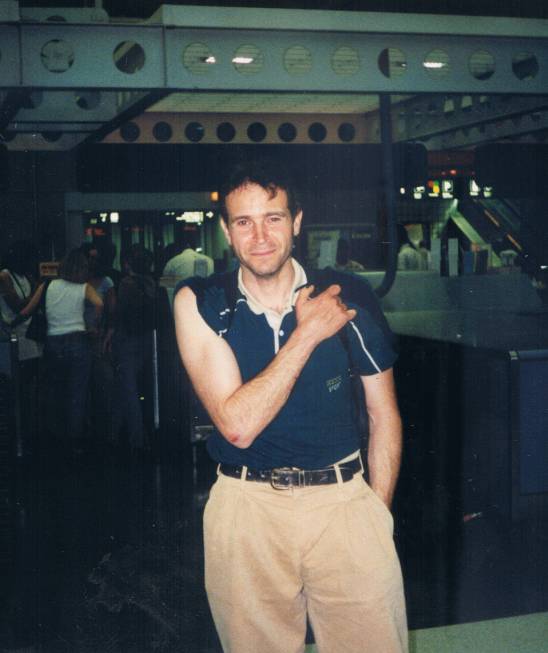 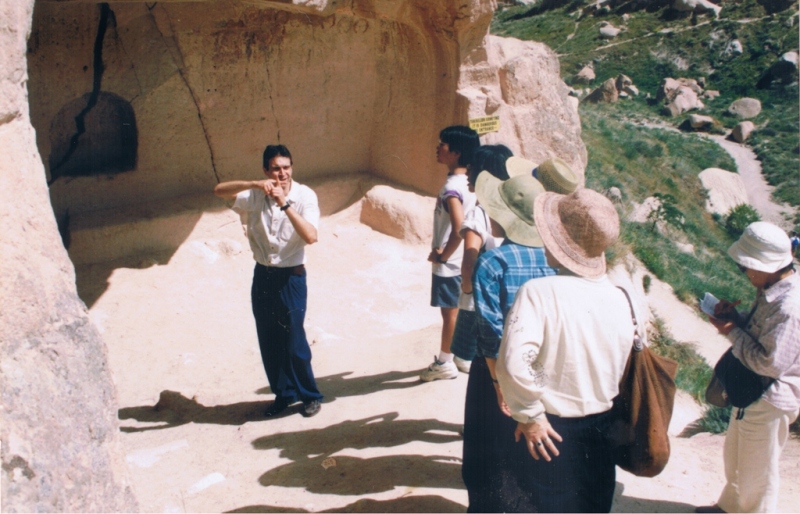 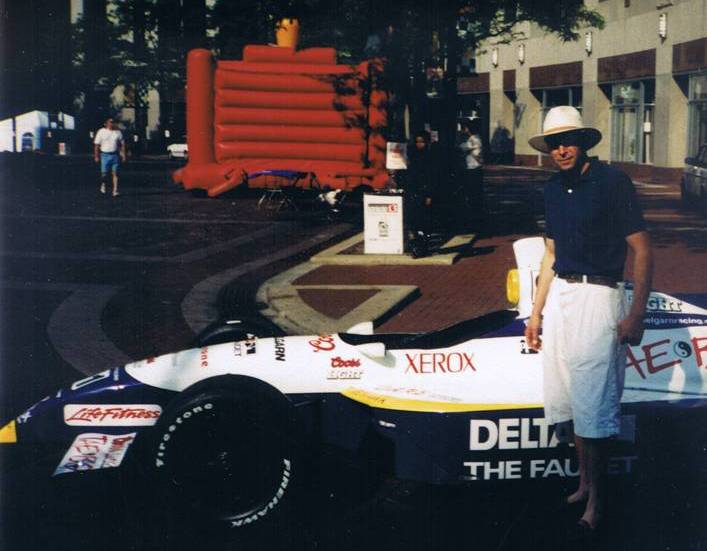 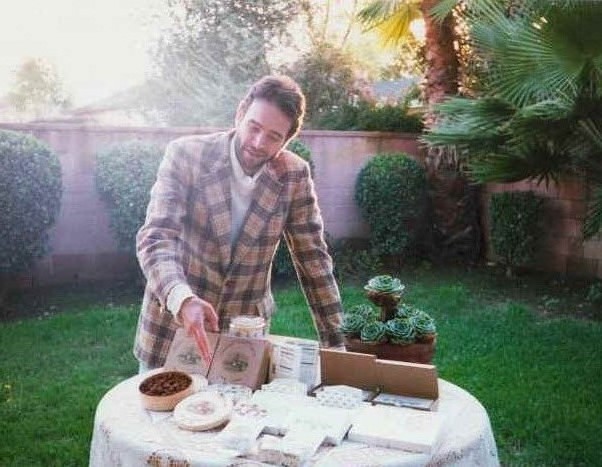 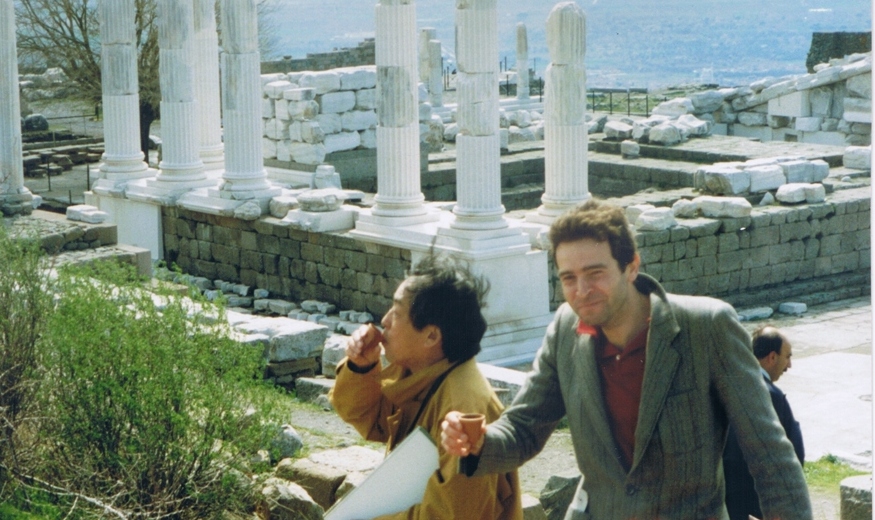 On a private tour with Japanese guests, drinking wine in the courtyard of the ancient Trajan temple, in Pergamon 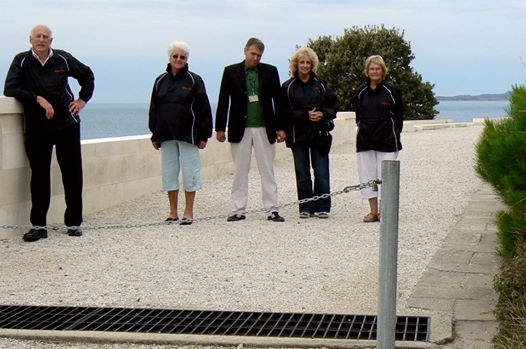 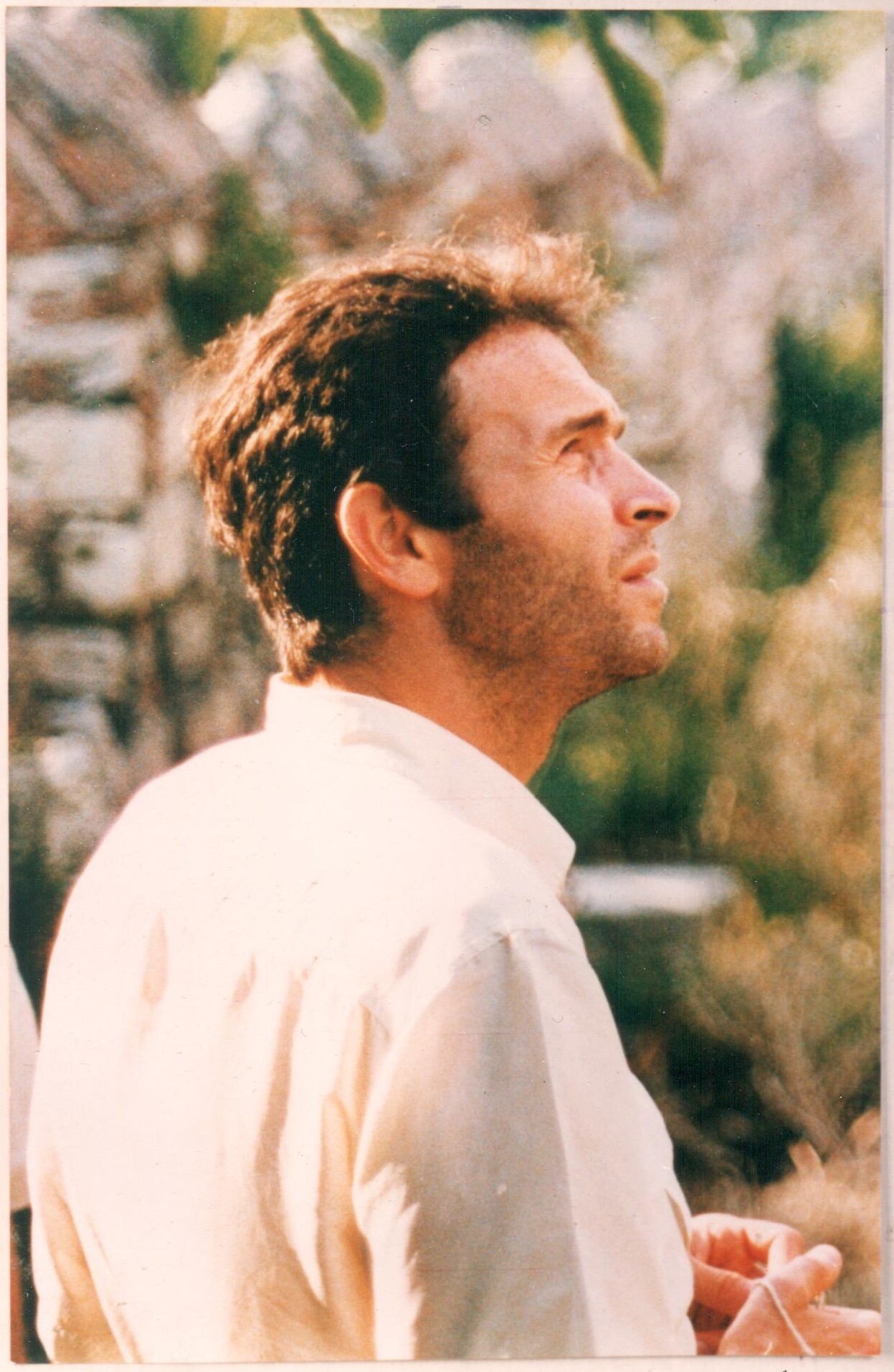