Cappadocia is a Unesco World Heritage site since 1985 and a popular tourist destination, famous for rock formations, rock dug churches and underground cities. Hot Air Balloon flights and other tourist related activities is the growing trend in the area. Situated in the middle of Turkey, it used to be a volcanic region formed after the eruptions of today’s extinct Argeus Mountain (visible from my property). In time, especially after the iron age, caves were dug in the rocks and were inhabited by humans. The region has unique, stunning landscapes.

Having the highest position in the area Uchisar offers a great view over the valleys at one’s feet and the Argeus mountain in the horizon. The small village has became the most popular accommodation choice in the region for luxury and exclusivity seeking customers. My property sits on the street with some of the most exclusive boutique hotels in the village, overlooking the scenic Pigeon valley. 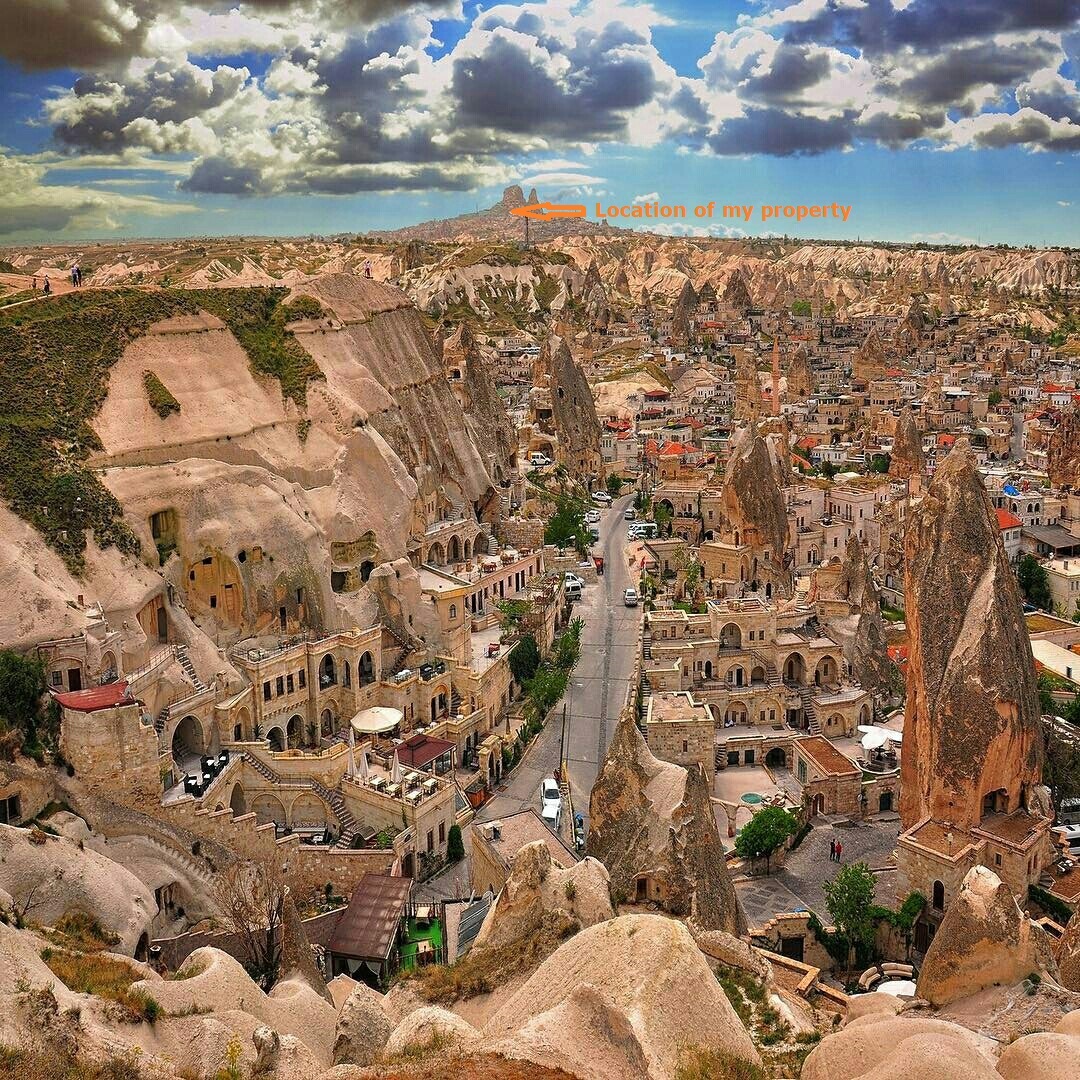 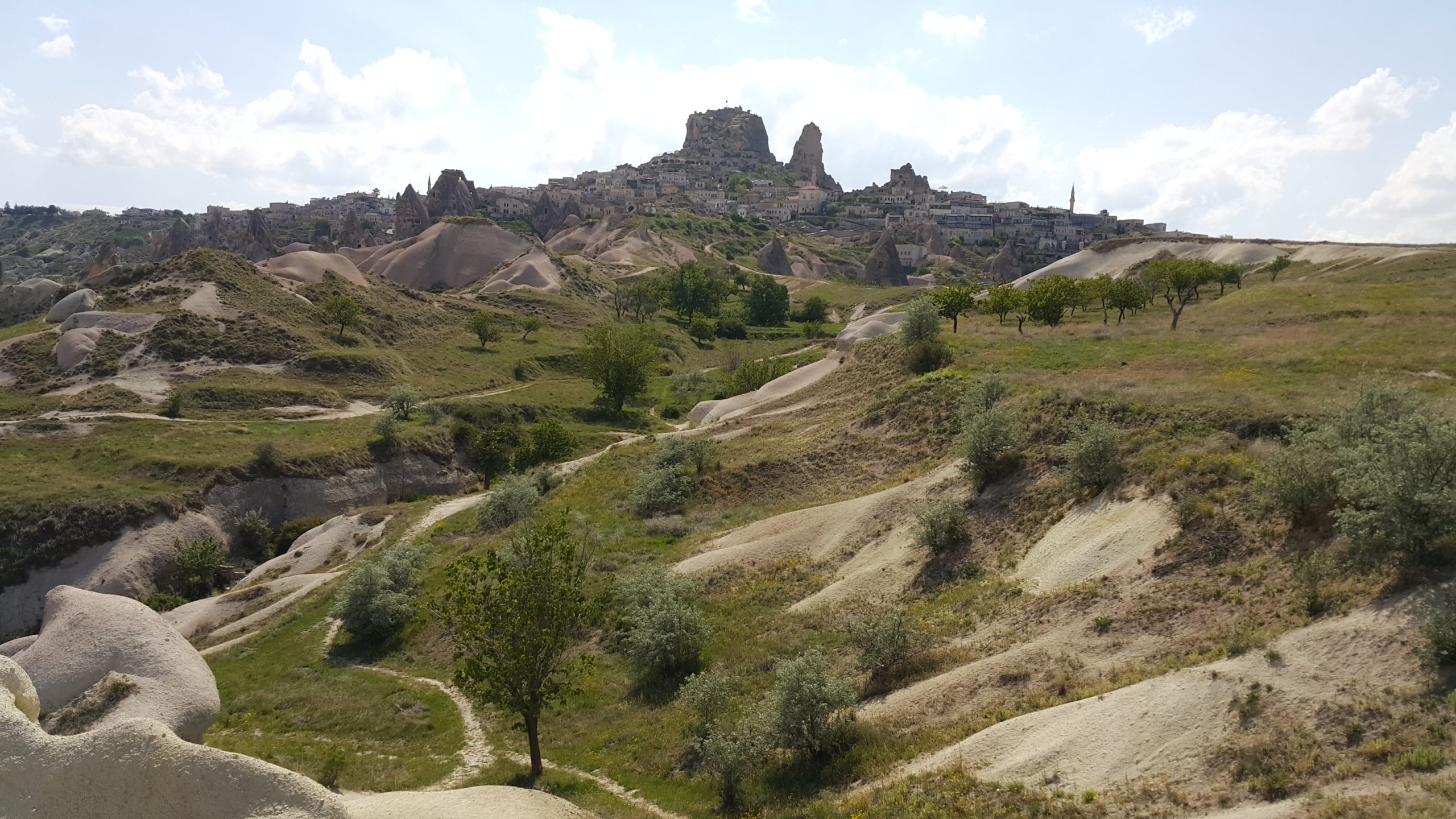 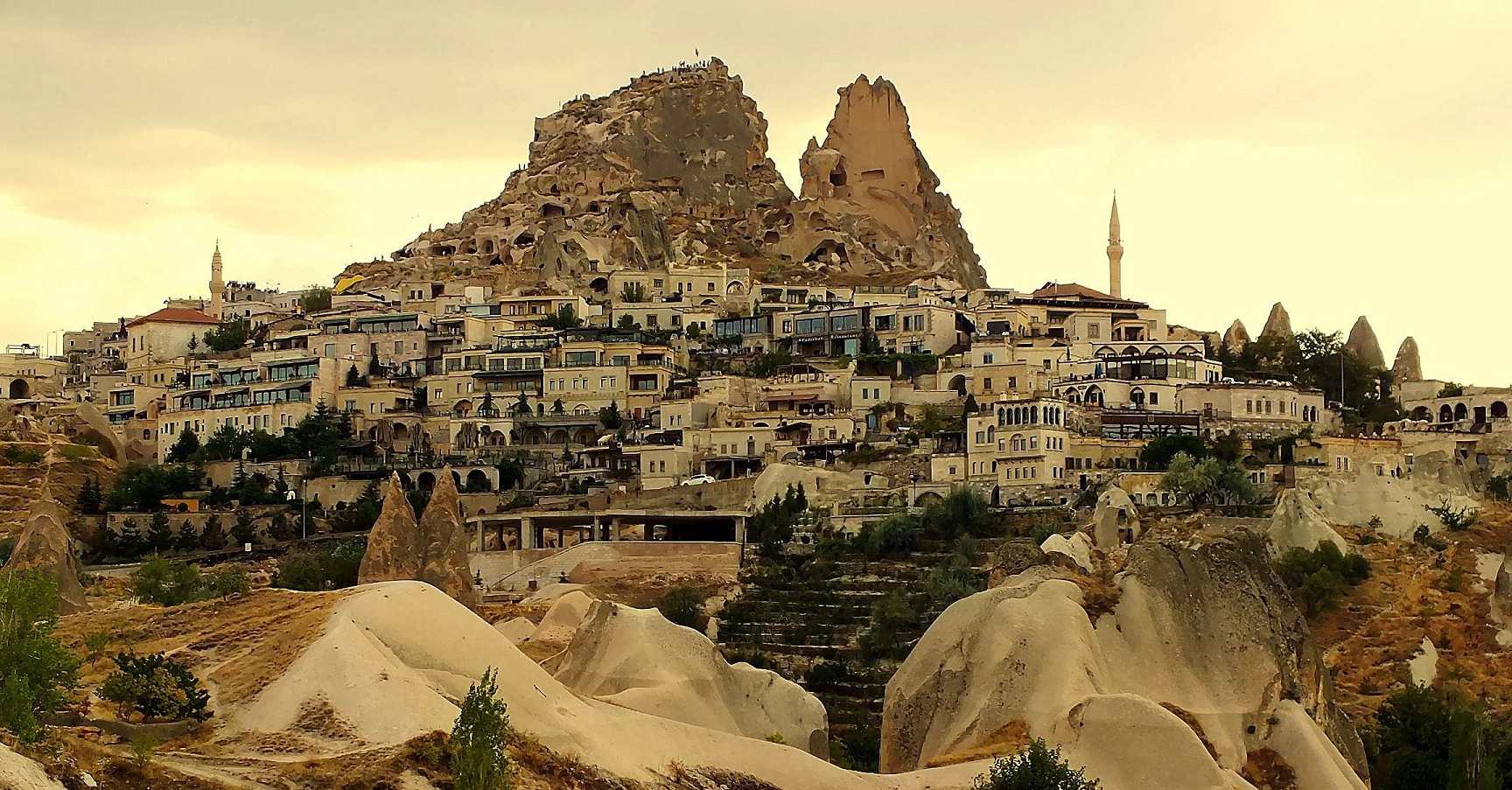 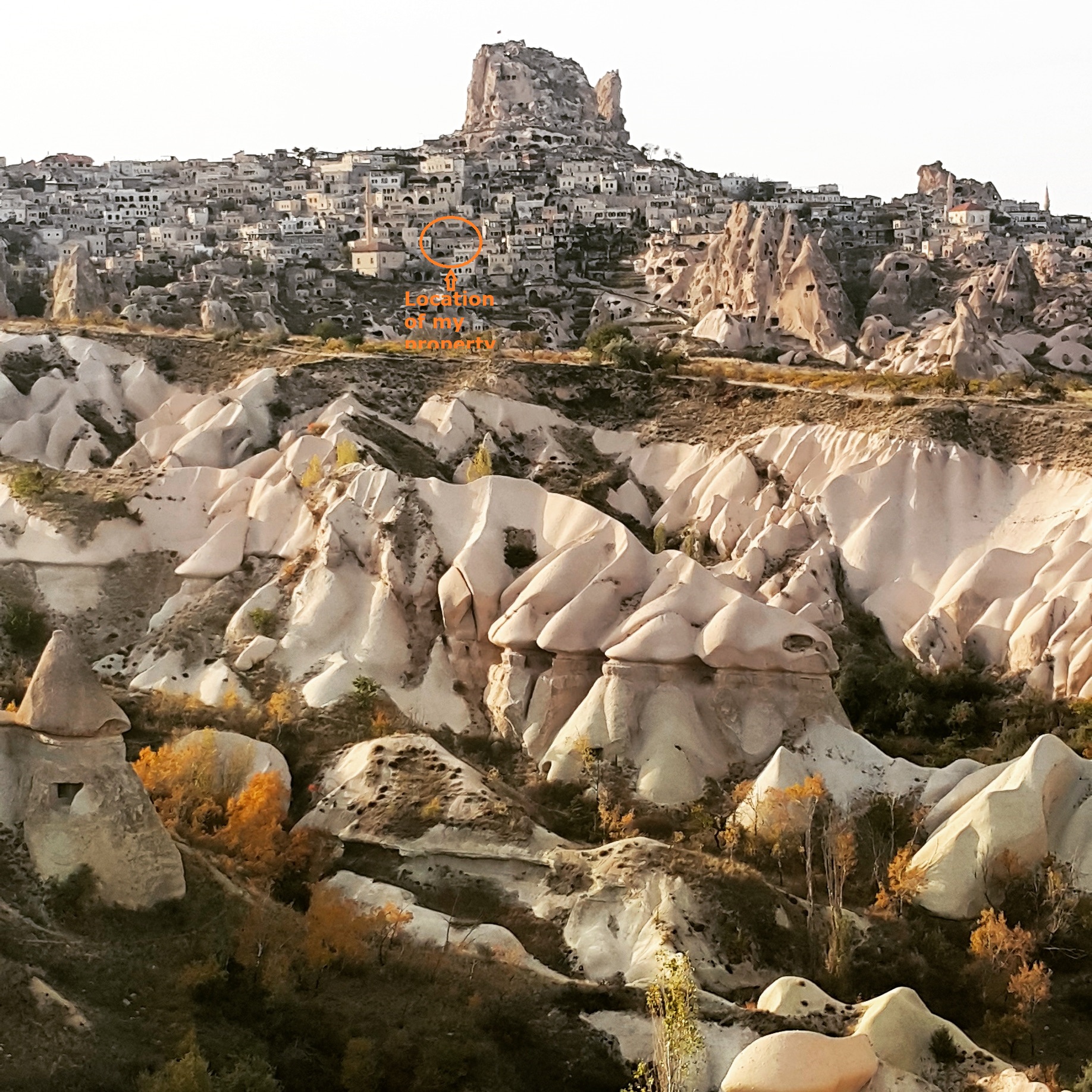 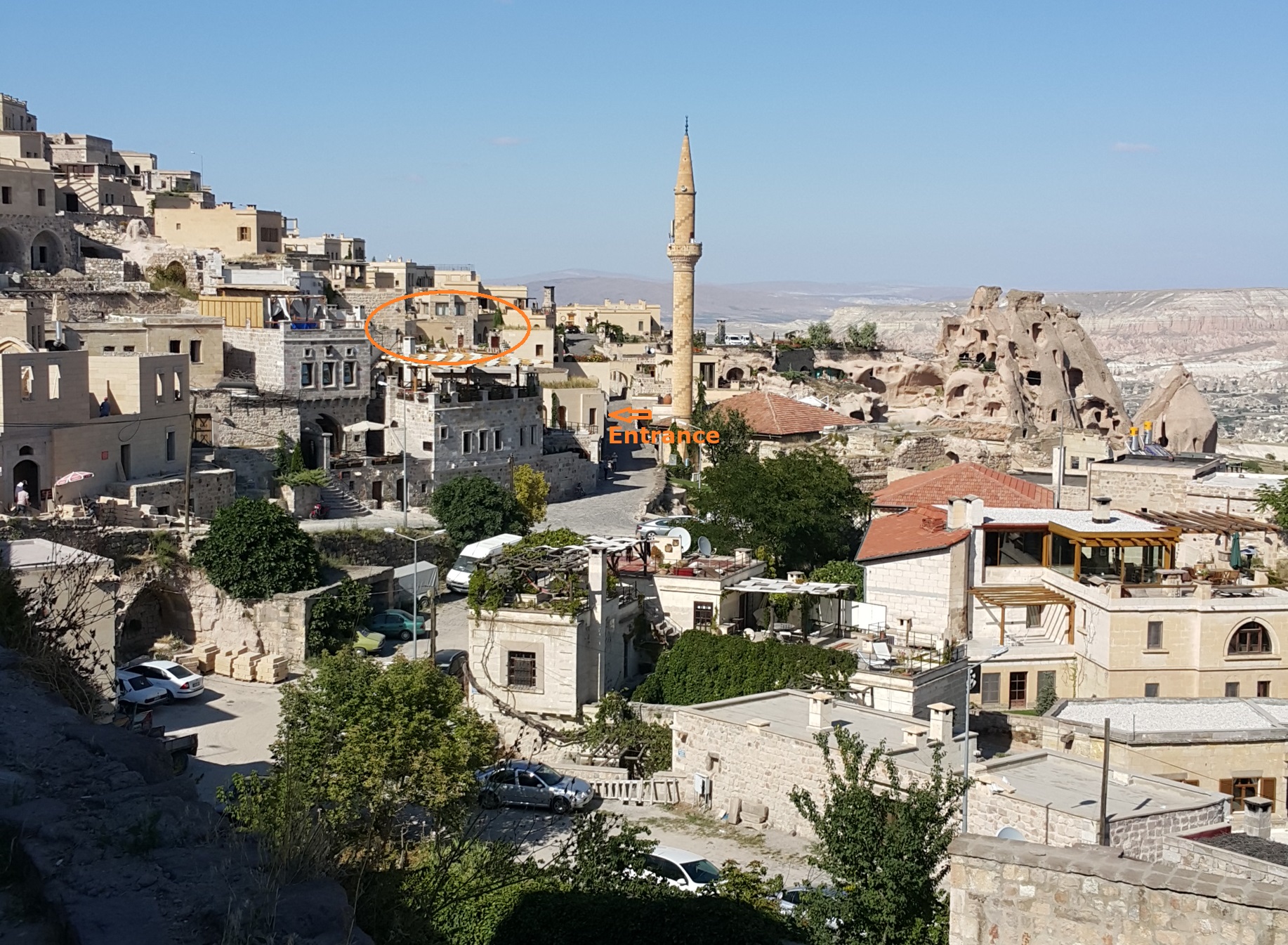 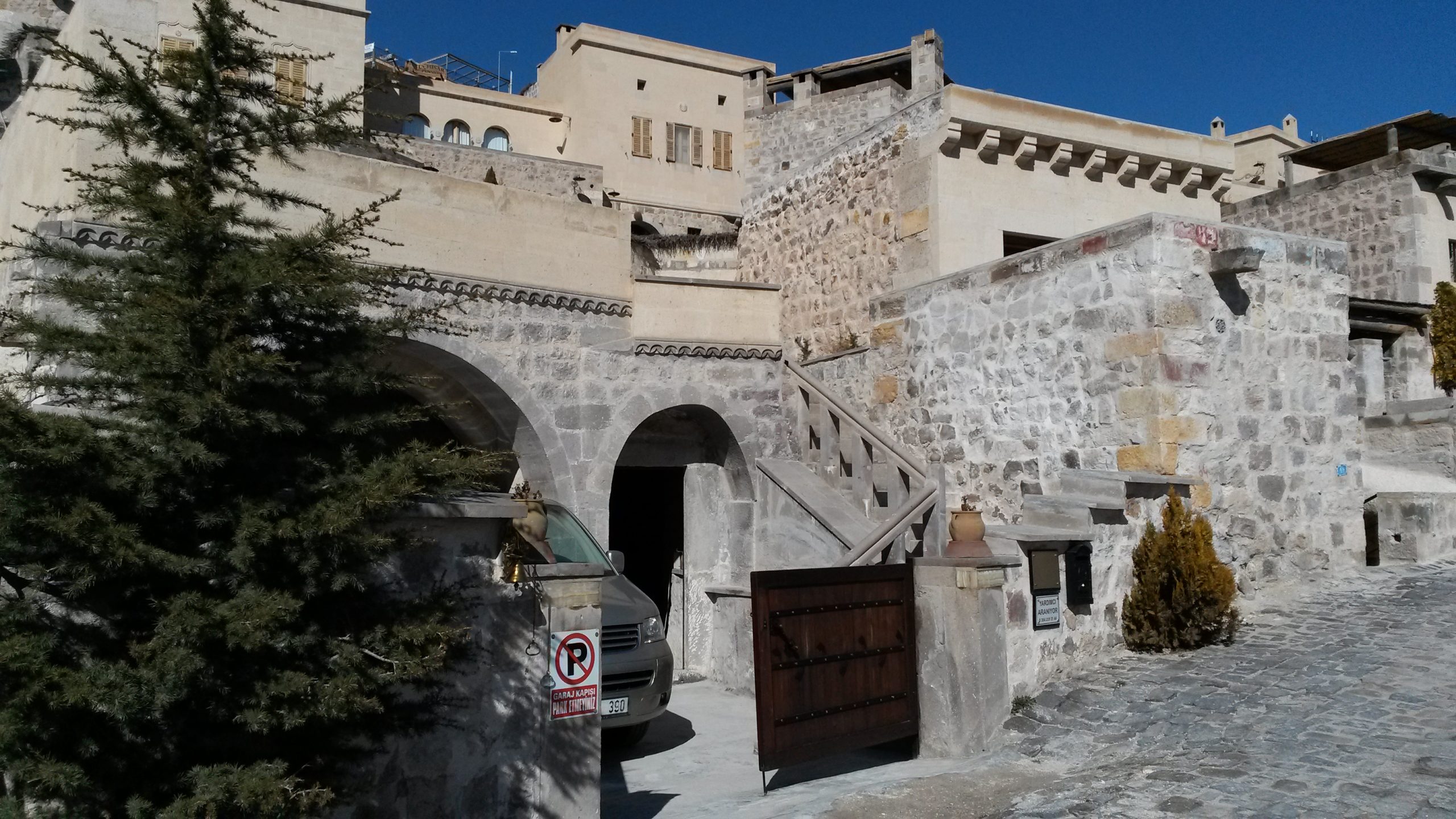 My lodge in Uchisar is possibly a three thousand years old property which originally had 19 rooms many of them carved in the rock. One of the cave rooms gives access to the underground world of Cappadocia and has also a tunnel of 5.5 km which is connected to an Olympic swimming pool size water pond under the mountain which has been the source of the water coming to Uchisar for thousands of years. 1/3 of the house has been restored. There are 3 cave rooms with bathrooms, marble tiles on floors and walls,  underfloor and radiator heating provided by a regular boiler and a heat pump. 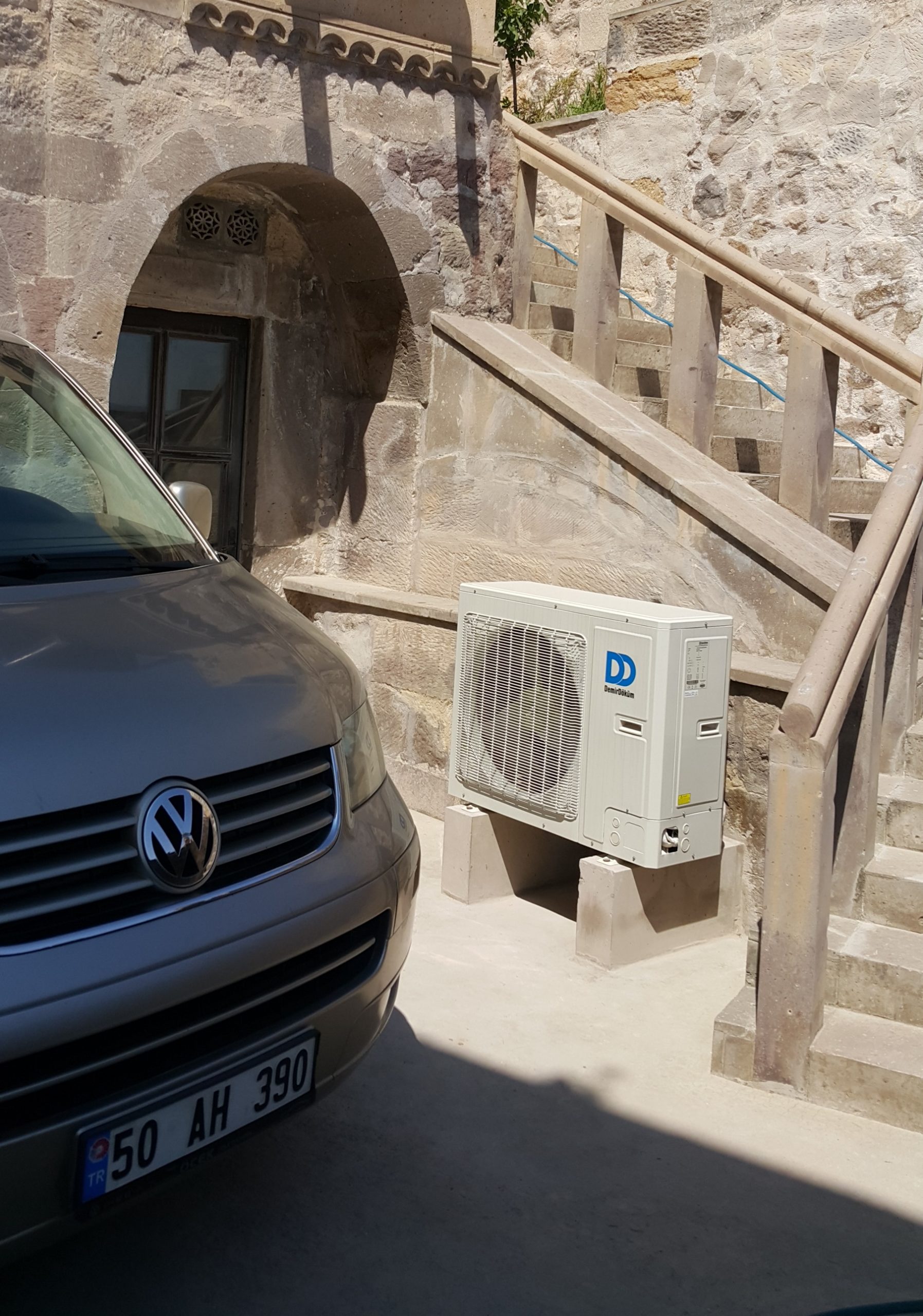 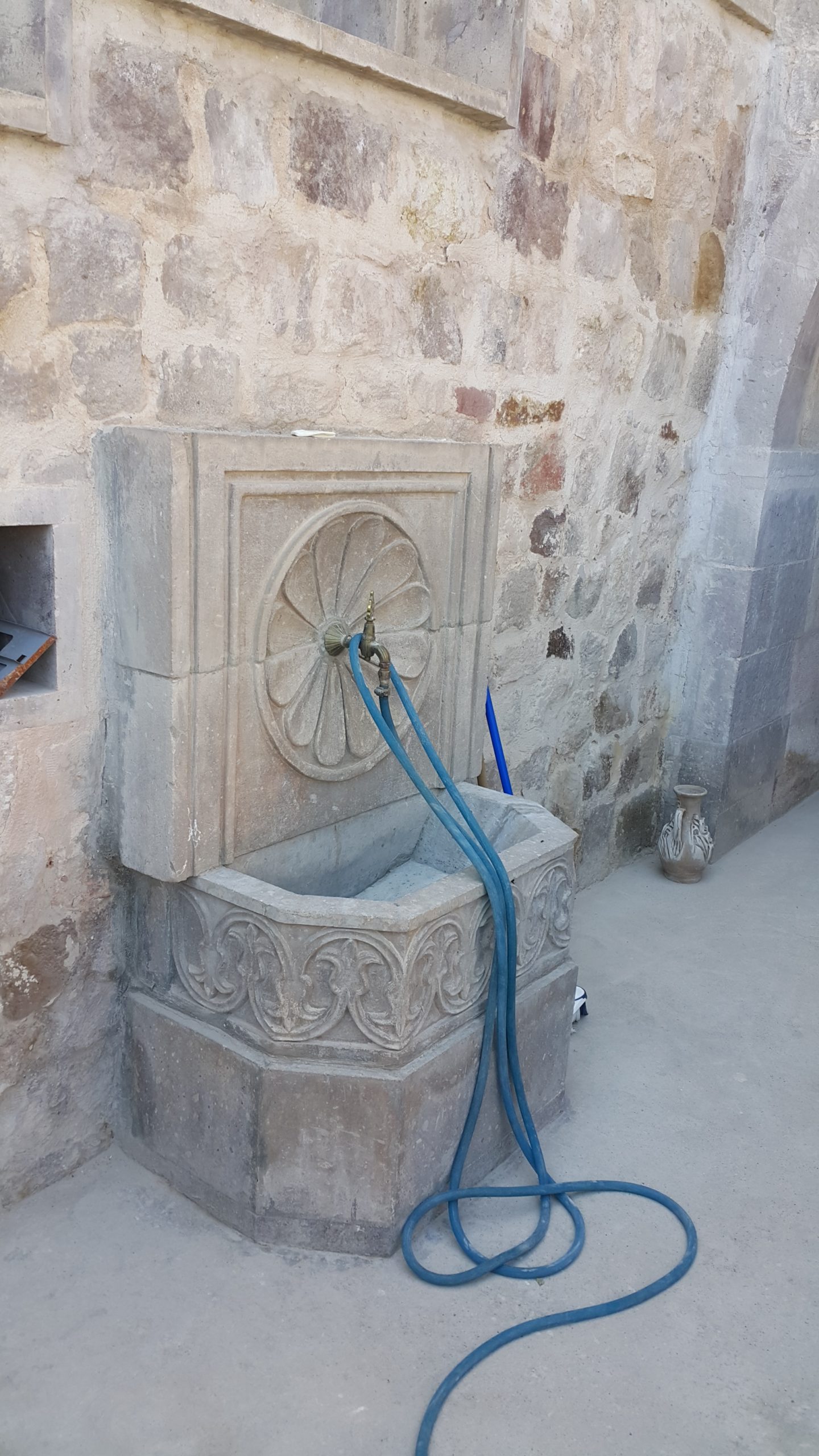 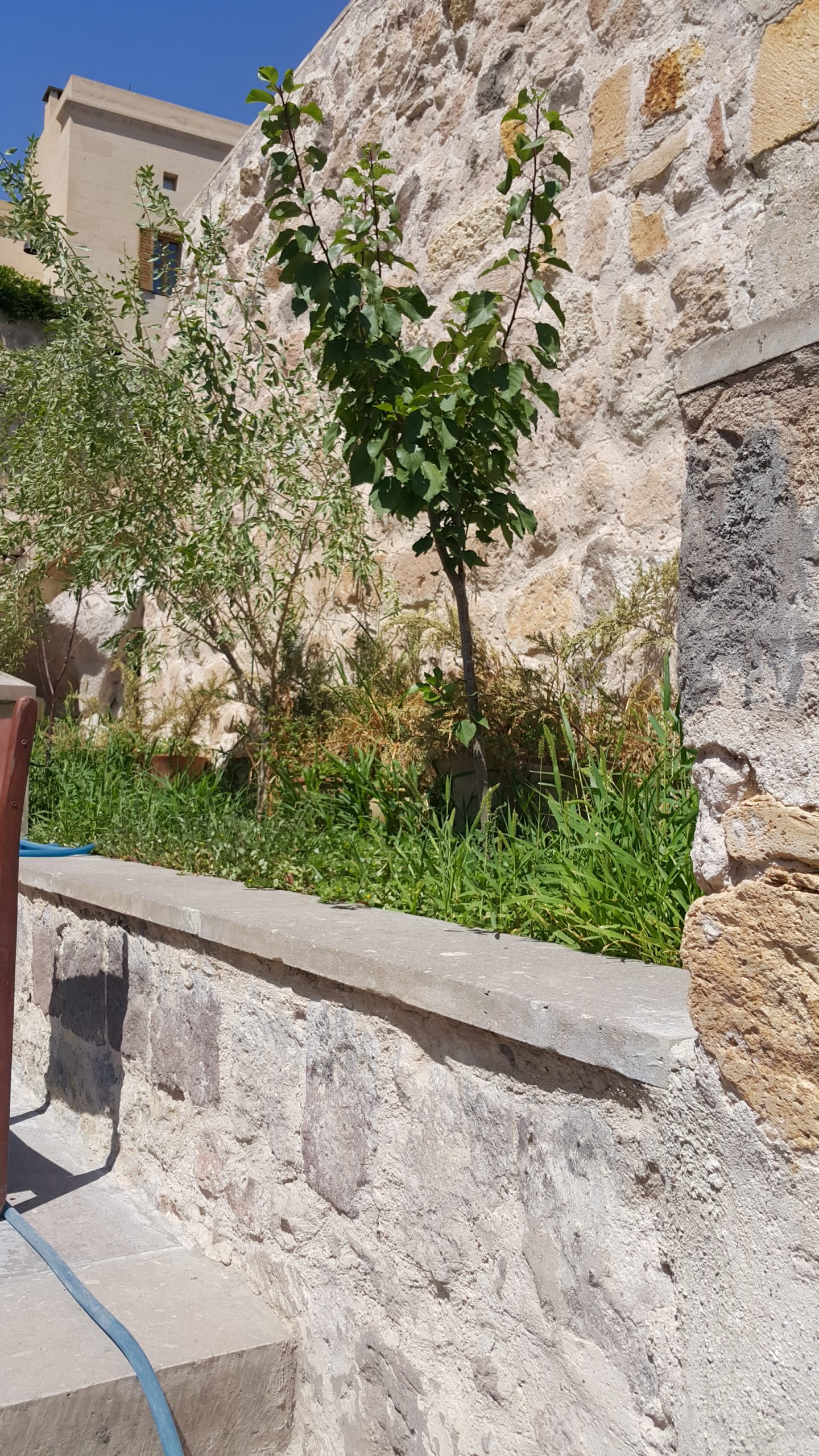 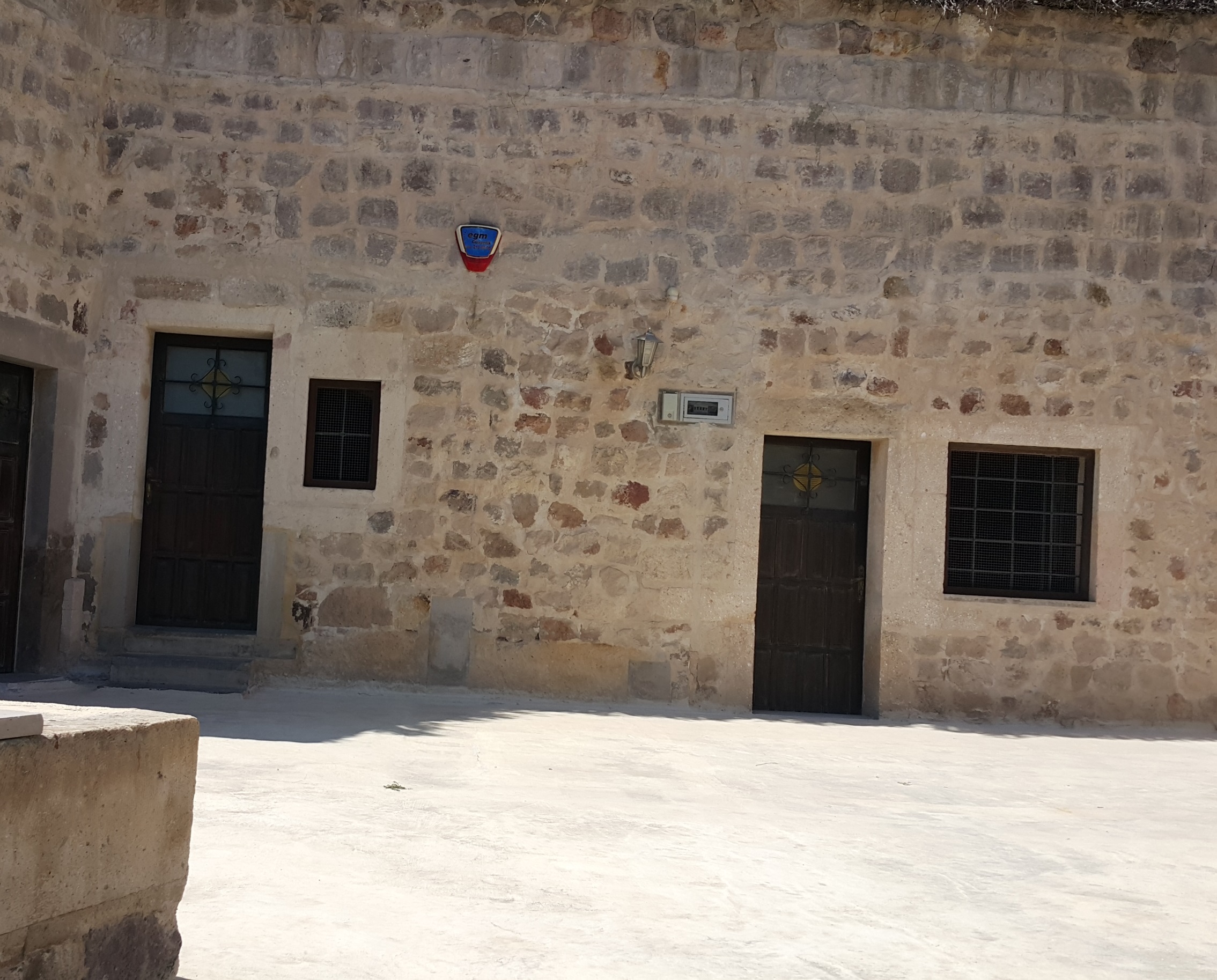 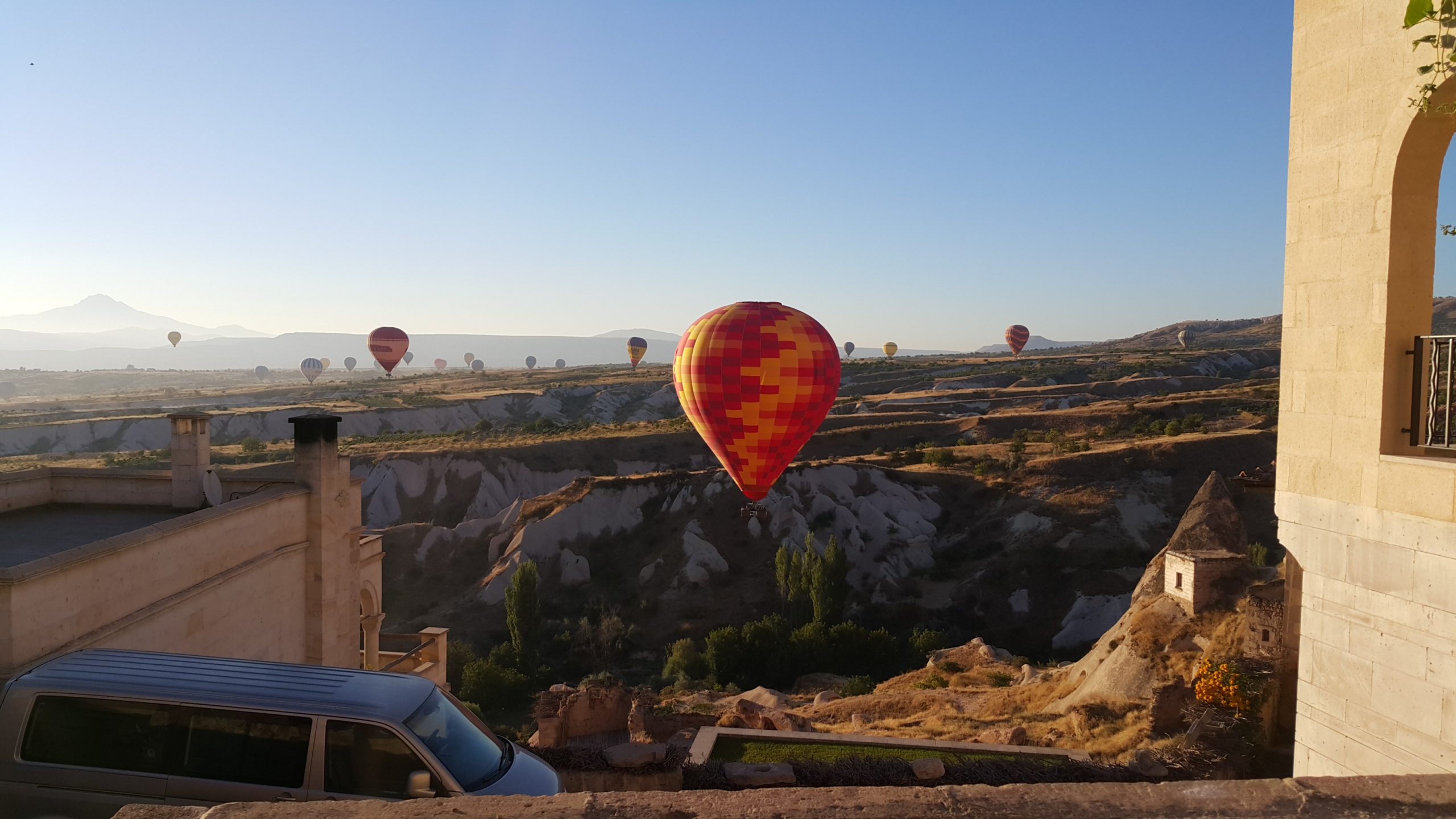 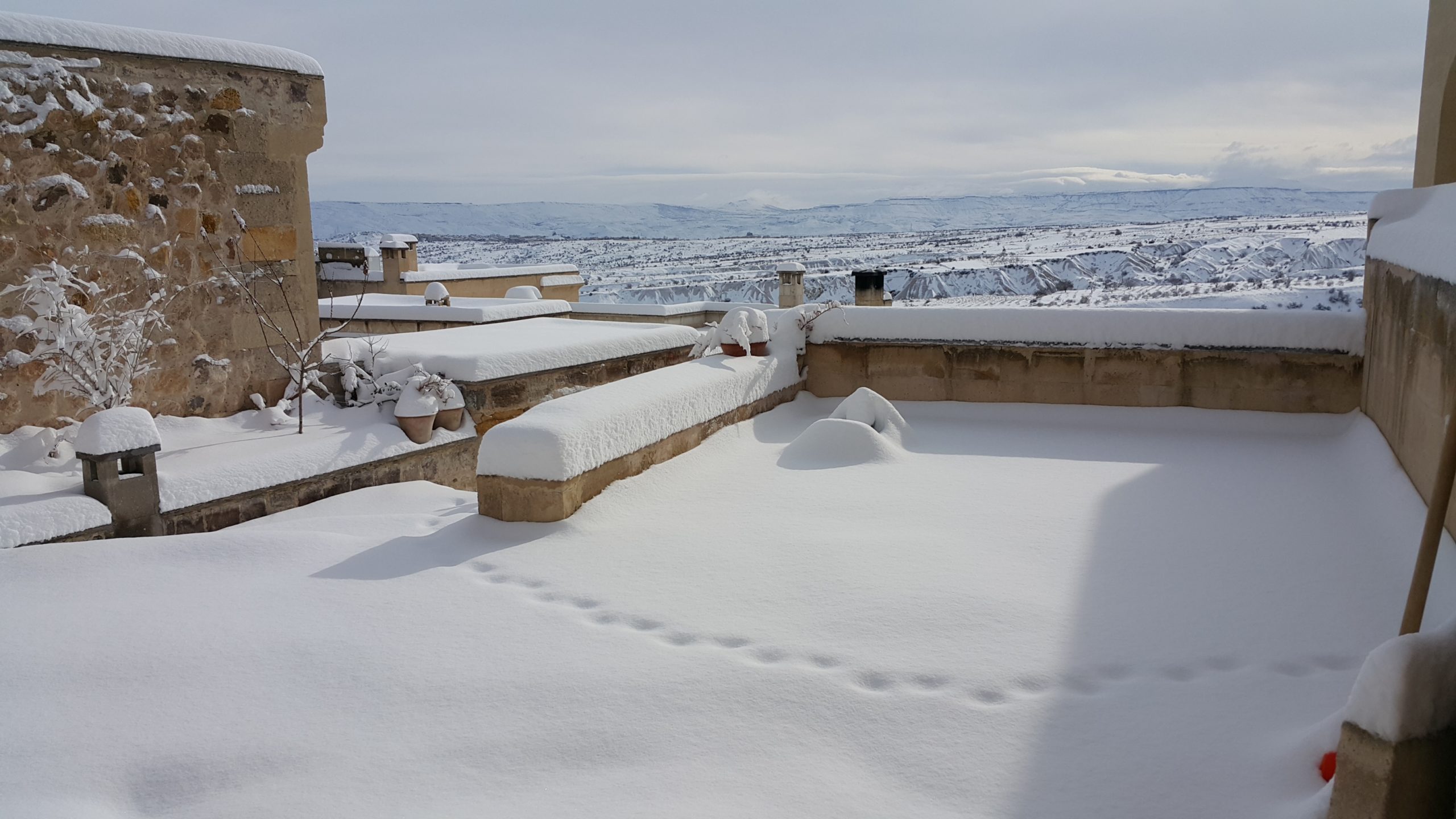 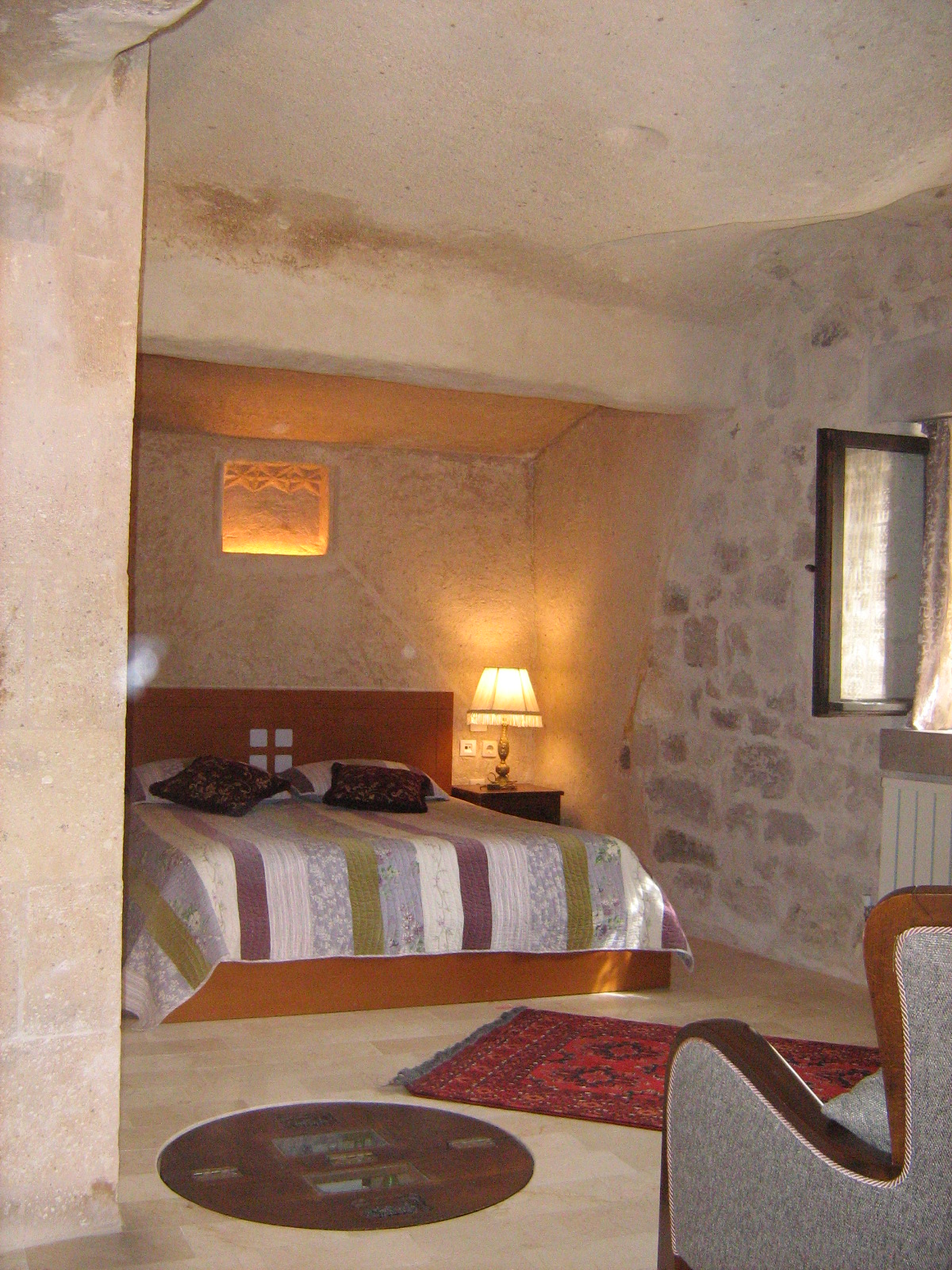 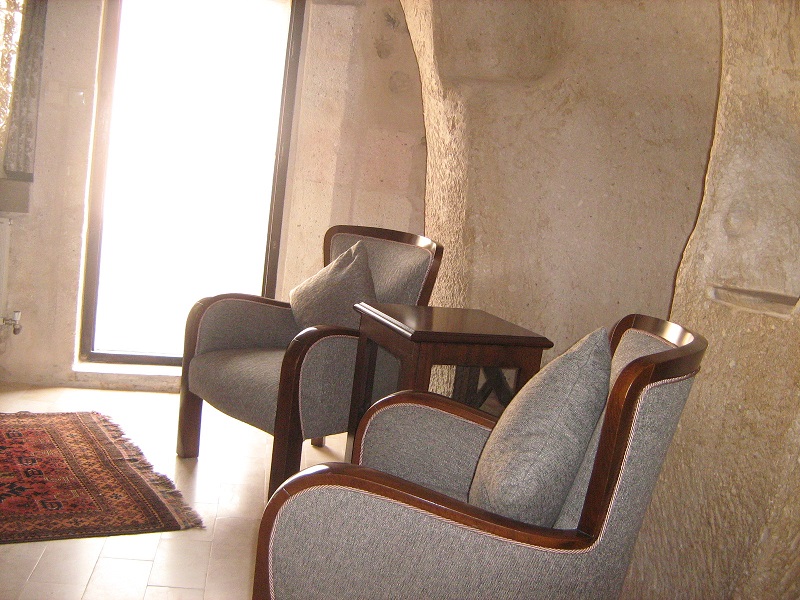 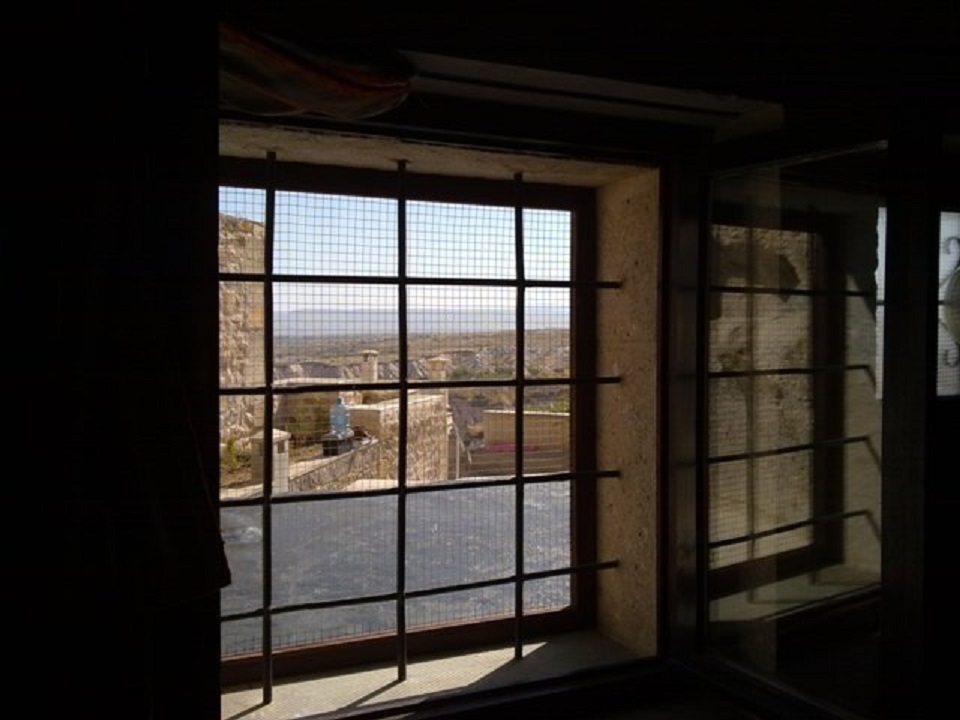 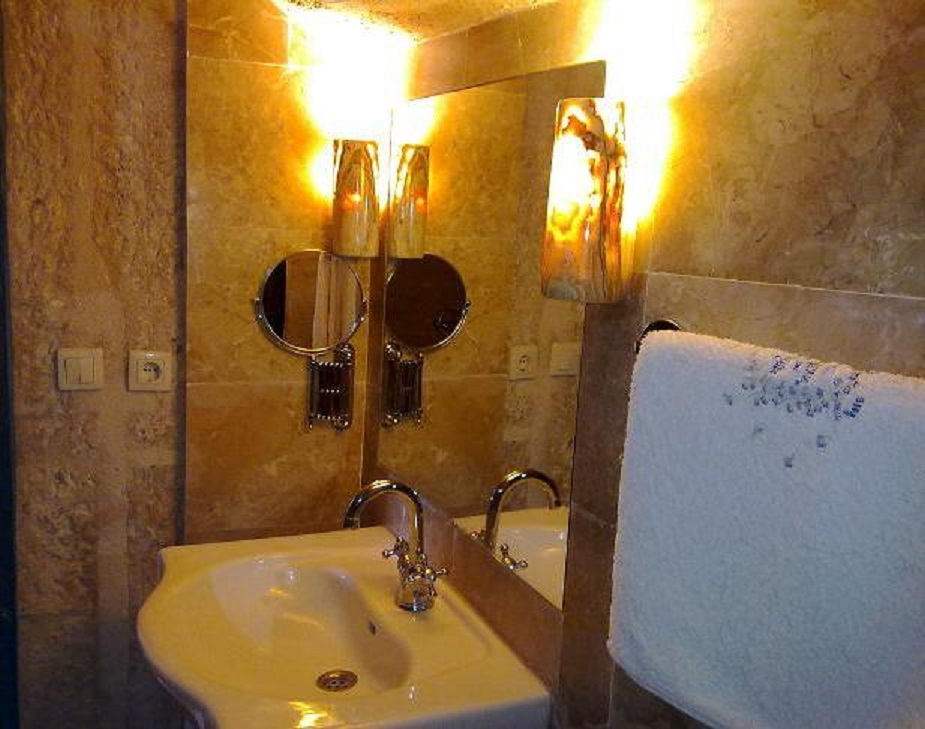 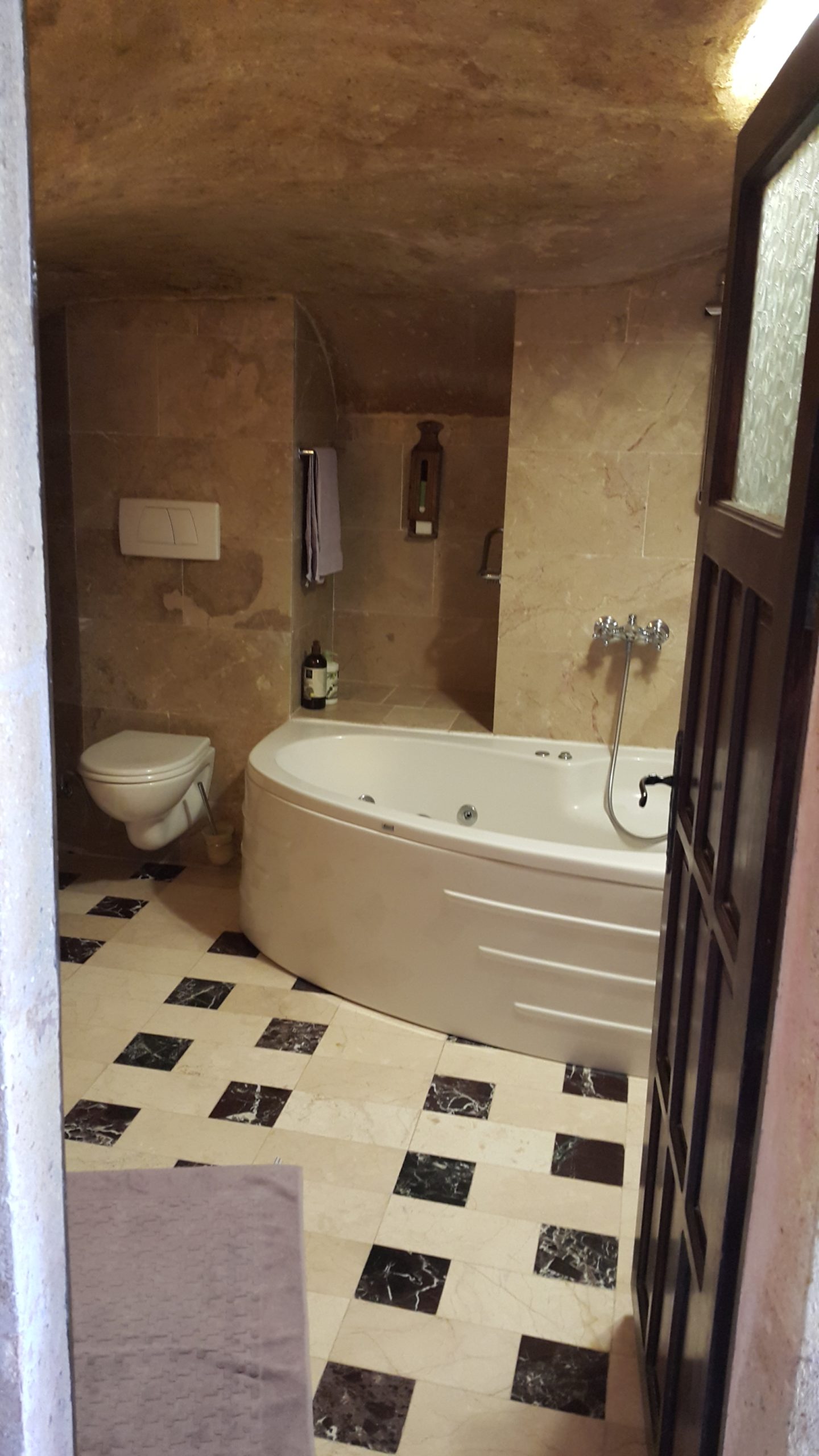 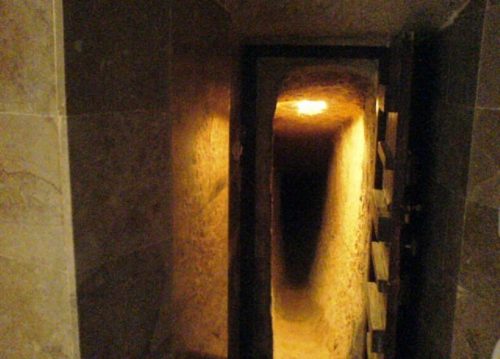 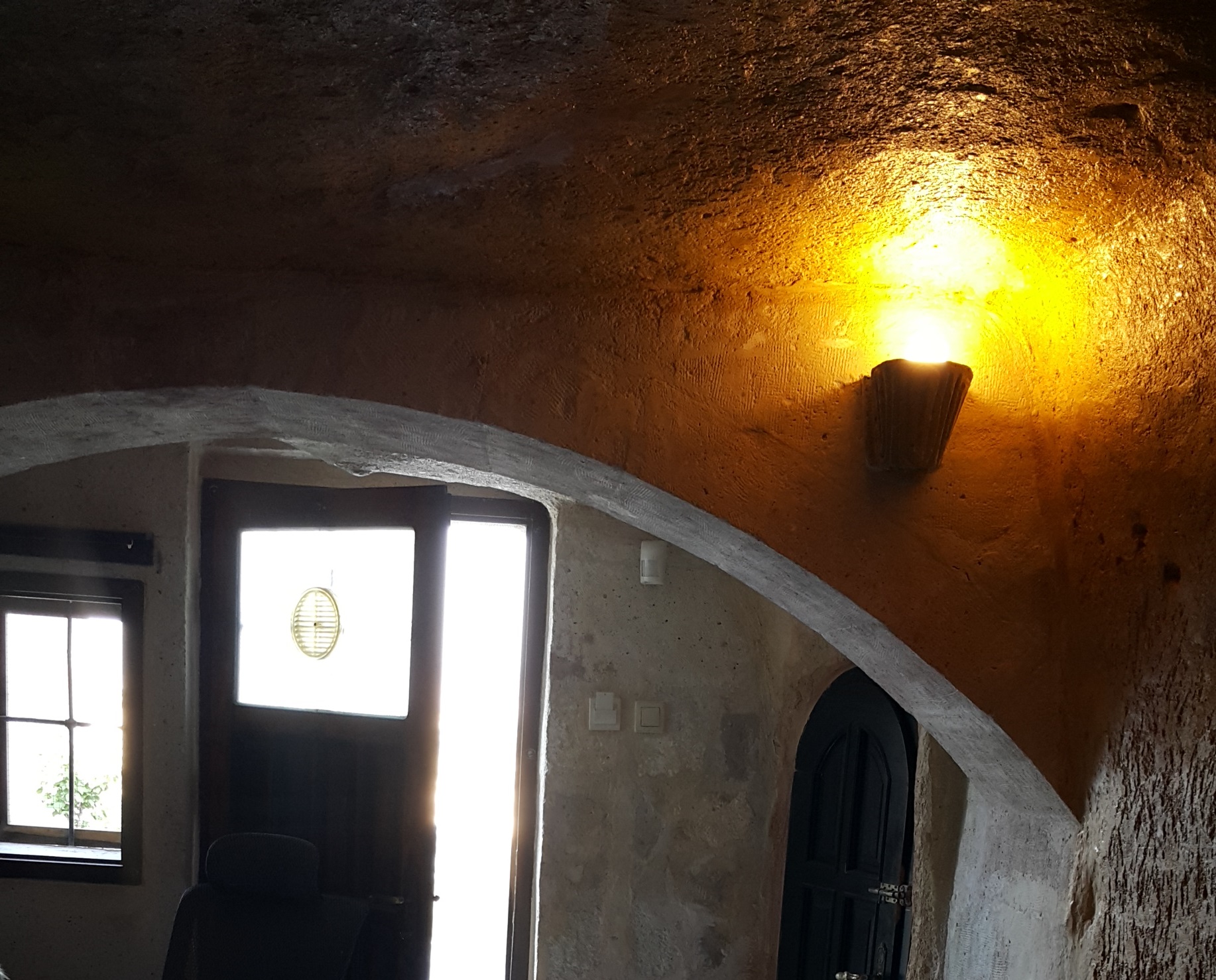 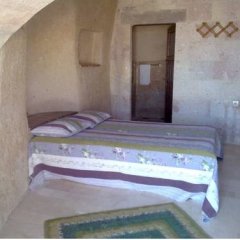 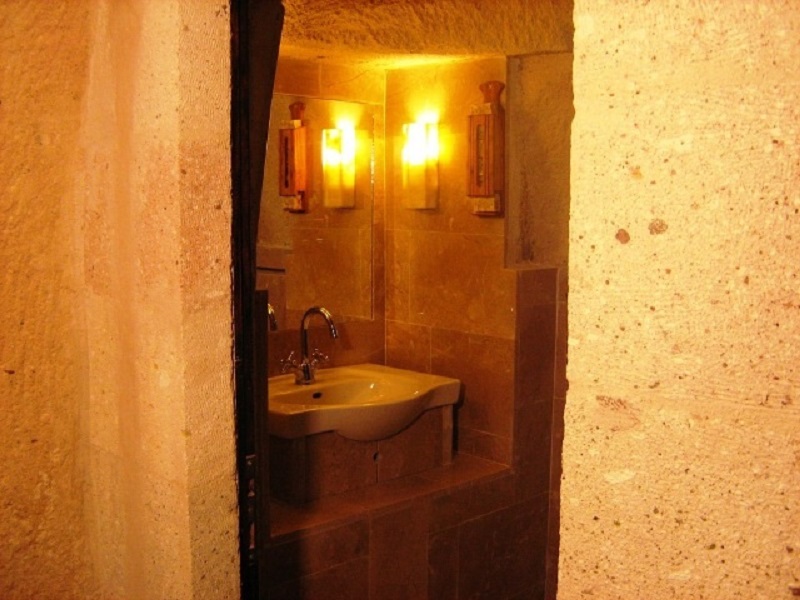 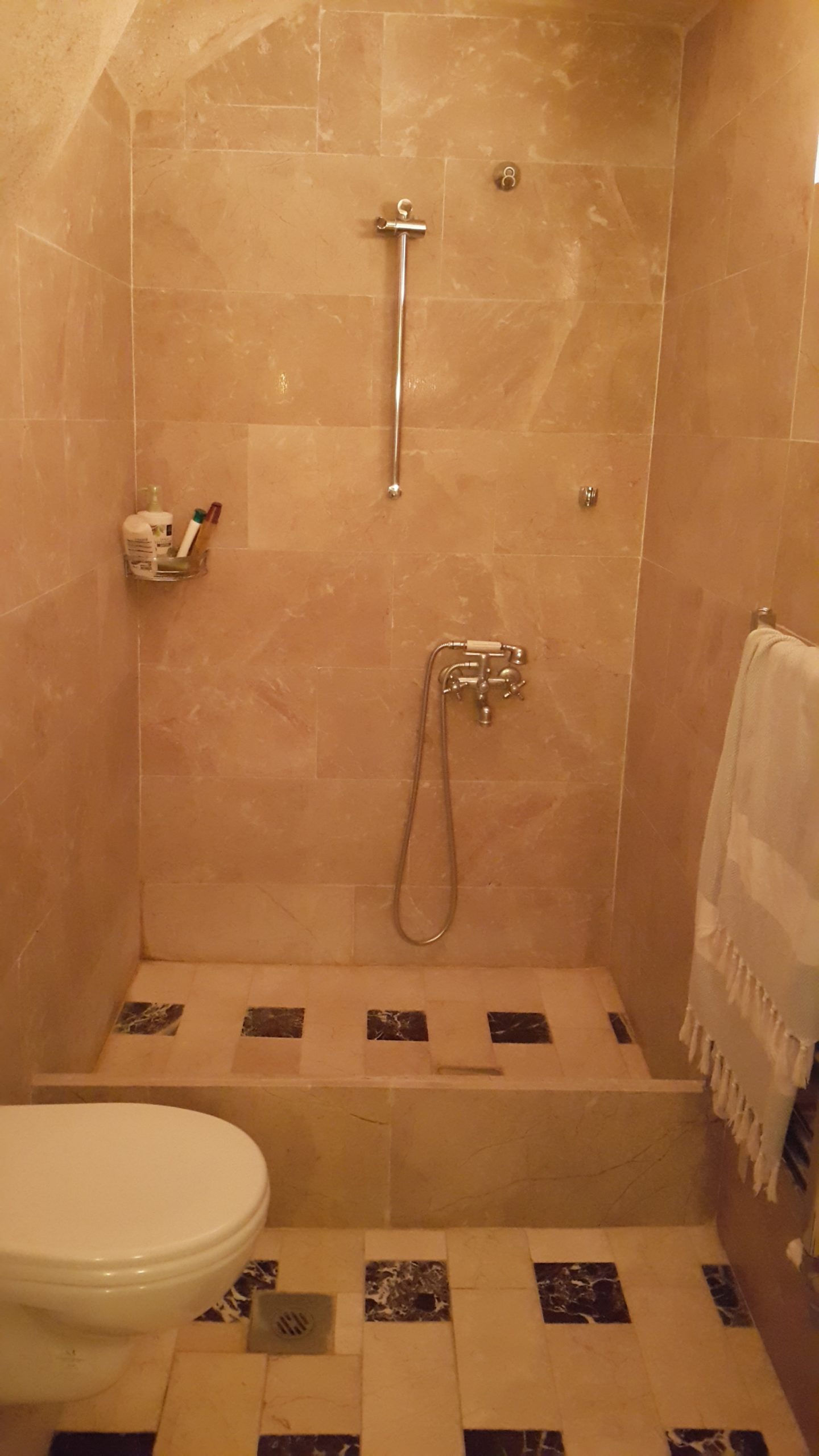 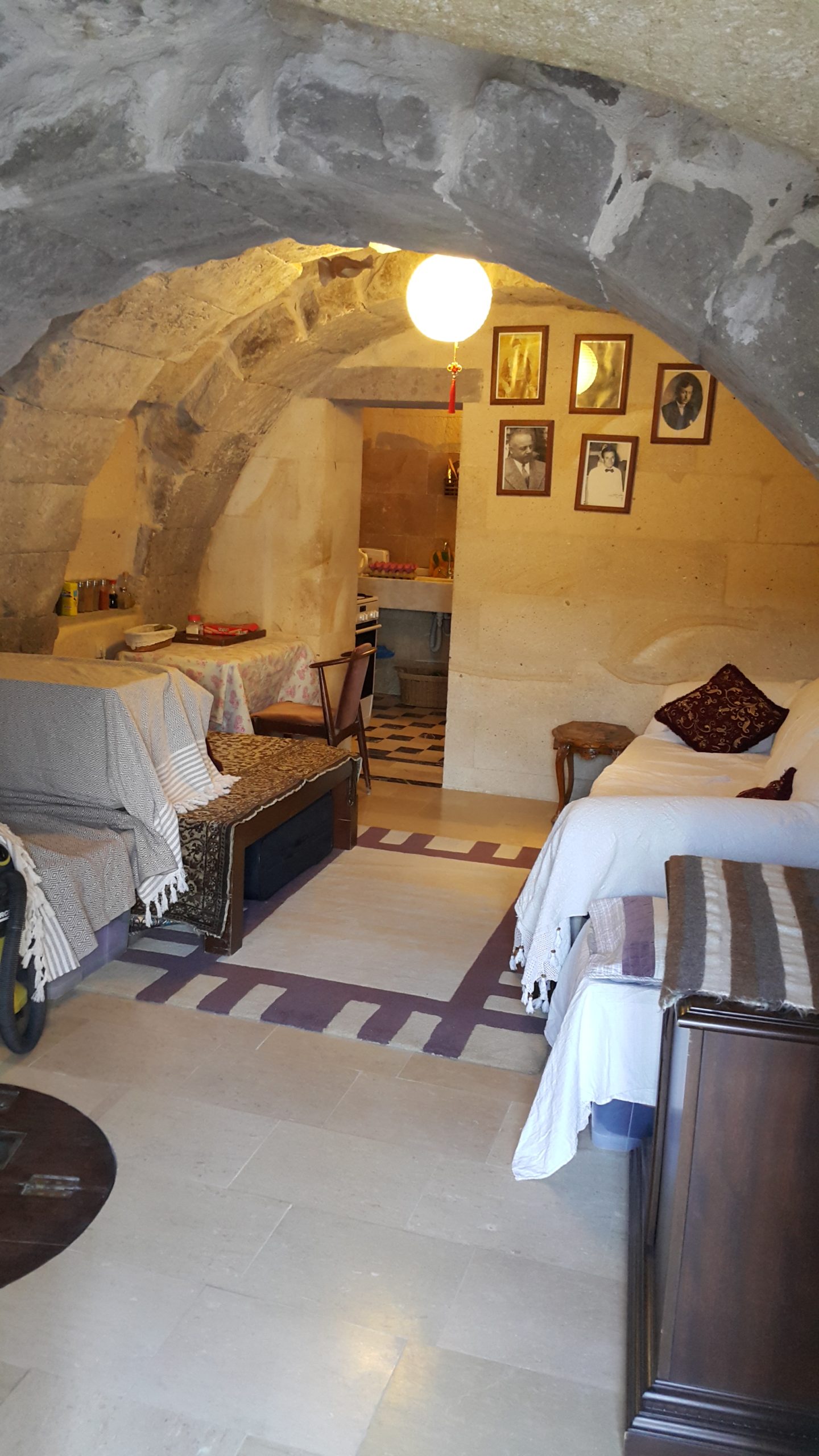 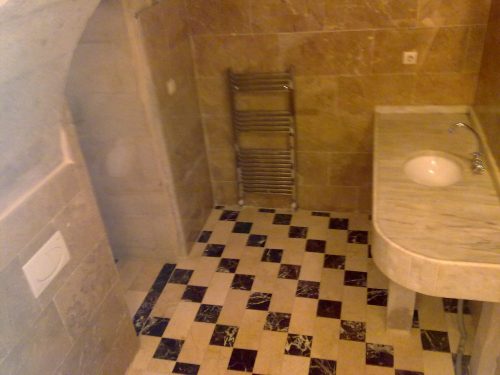 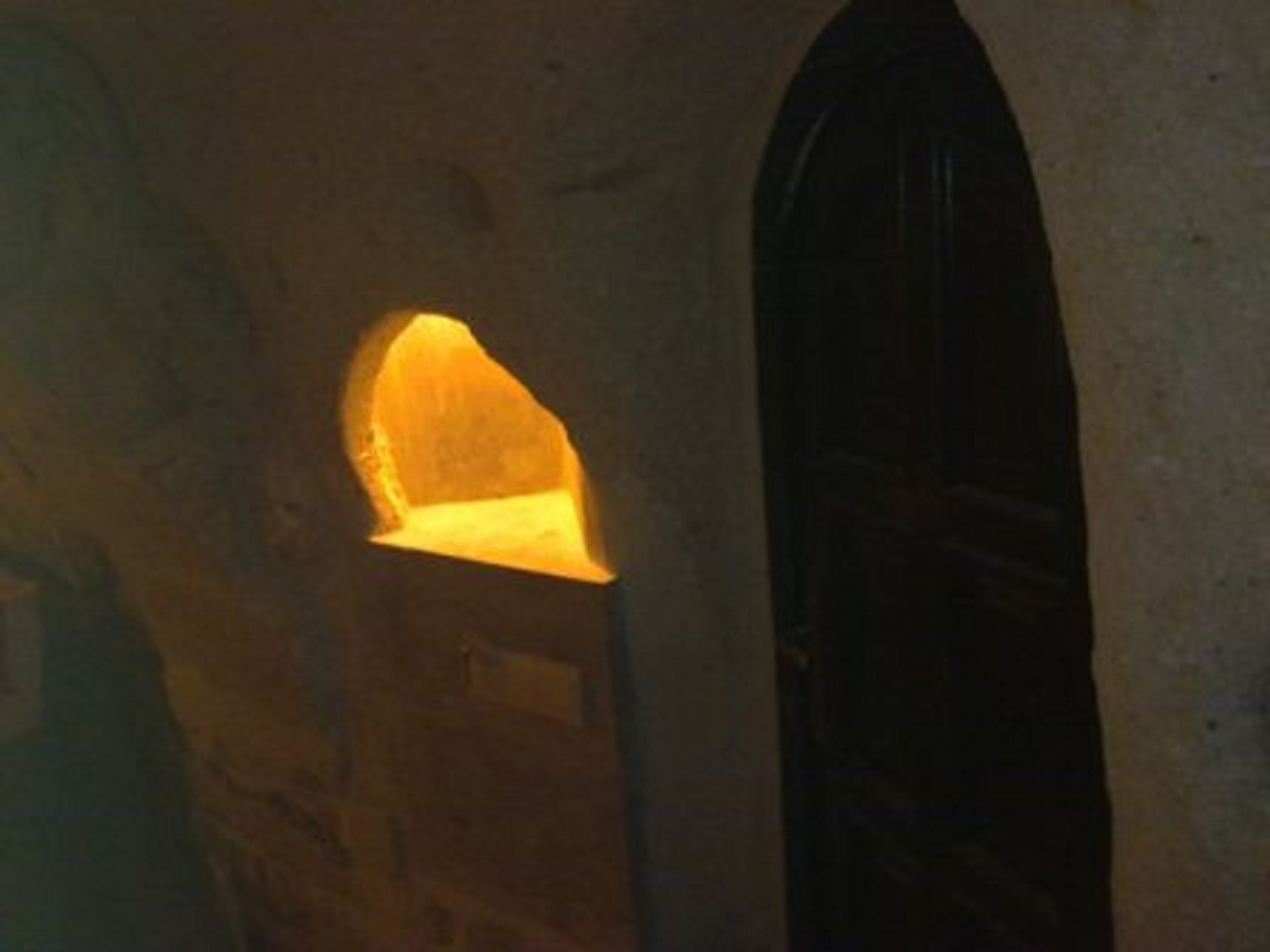 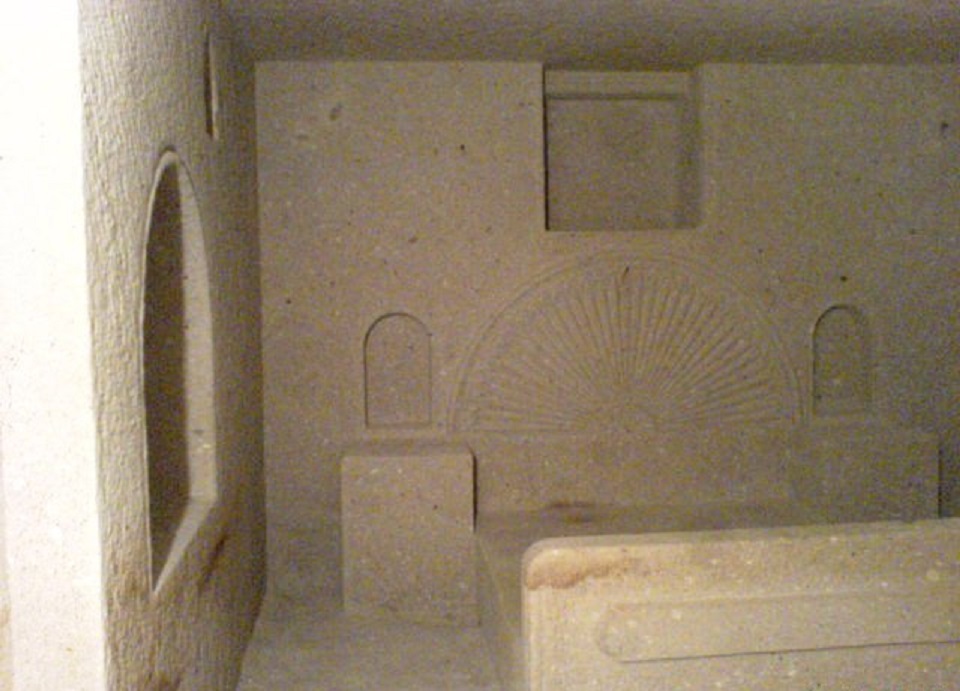 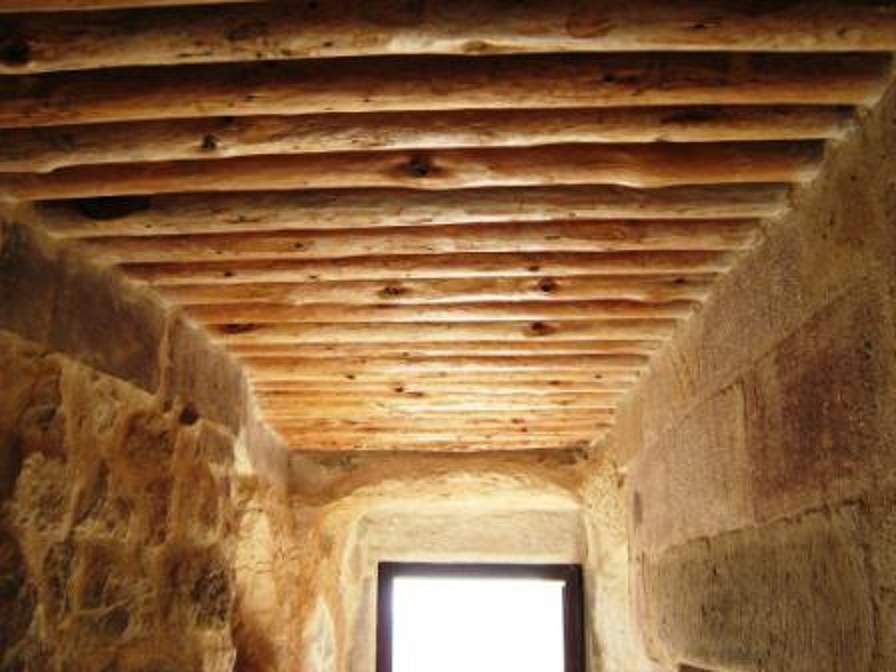 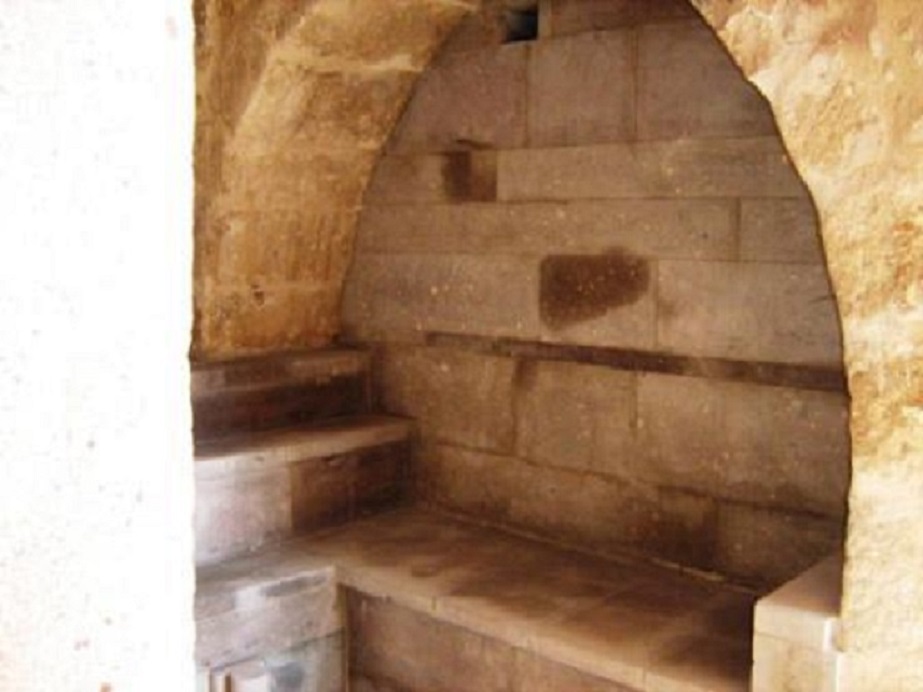 The region was on the immigration way of early Christians who were seen as troublesome pagans in the old days. Until the time of Emperor Constantine they were often charged for being criminals and faced heavy penalties including death. This made them look for safe places where they could practice and spread their religion. Cappadocia was a suitable place for them where they could hide in caves and live in the underground cities. In the 4th century as Emperor Constantine declared Christianity the official religion of the Roman Empire, they started to paint biblical scenes on the walls of their churches and taught the illiterates their religion by means of those beautiful paintings and frescoes. 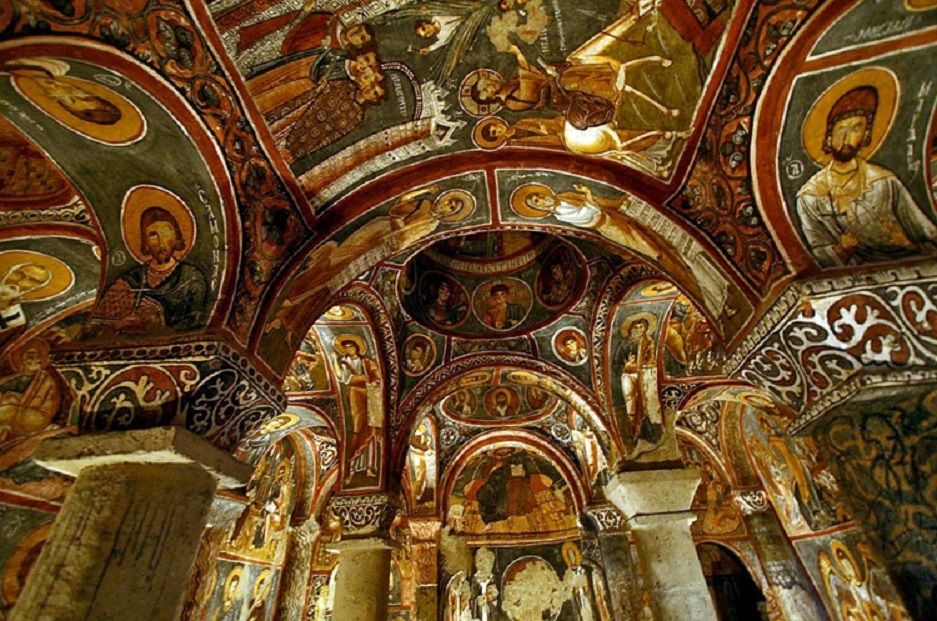 My Property in Uchisar, Nevsehir Please contact me for details: My Name: Tolun Çerkeş